Anxiety about the expansion of the North Atlantic Treaty Organization (NATO) toward the Russian border is one of the causes of the current war in Ukraine.

But this is not the only attempt at expansion by NATO, a treaty organization created in 1949 by the United States to project its military and political power over Europe.

In 2001, NATO conducted an “out of area” military operation in Afghanistan, which lasted 20 years, and in 2011, NATO — at the urging of France — bombed Libya and overthrew its government.

NATO military operations in Afghanistan and Libya were the prelude to discussions of a “Global NATO,” a project to use the NATO military alliance beyond its own charter obligations from the South China Sea to the Caribbean Sea.

NATO’s war in Libya was its first major military operation in Africa, but it was not the first European military footprint on the continent. After centuries of European colonial wars in Africa, new states emerged in the aftermath of World War II to assert their sovereignty.

Many of these states — from Ghana to Tanzania — refused to allow the European military forces to reenter the continent, which is why these European powers had to resort to assassinations and military coups to anoint pro-Western governments in the region.

This allowed for the creation of Western military bases in Africa and gave Western firms freedom to exploit the continent’s natural resources.

Western governments established these military formations to garrison the Mediterranean Sea against the Soviet navy and to create platforms from where they could militarily intervene in the African continent.

After the Six-Day War in 1967, NATO’s Defense Planning Committee, which was dissolved in 2010, created the Naval On-Call Force Mediterranean to put pressure on pro-Soviet states — such as Egypt — and to defend the monarchies of northern Africa.

However, NATO was unable to prevent the anti-imperialist coup of 1969 that overthrew the monarchy in Libya and brought Colonel Ghaddafi to power; Ghaddafi’s government ejected US military bases from the country soon thereafter.

Conversations at NATO headquarters about “out of area” operations took place with increasing frequency after NATO joined the dirty US poppy field war on Afghanistan.

A senior official at NATO told me in 2003 that the United States had developed an appetite to use NATO in its attempt to project power against possible adversaries. Two years later, in 2005, in Addis Ababa, Ethiopia, NATO began to cooperate closely with the African Union.

The AU, which was formed in 2002, and was the “successor” to the Organization of African Unity, struggled to build an independent security structure.

The lack of a viable military force meant that the AU often turned to the West for assistance and asked NATO to help with logistics and airlift support for its so-called fake peacekeeping mission created by trouble in Sudan.

Alongside NATO, the US operated its military capacity through the United States European Command (Eucom), which oversaw the country’s operations in Africa from 1952 to 2007.

Thereafter, General James Jones, head of Eucom from 2003 to 2006, formed the US Africa Command (Africom) in 2008, which was headquartered in Stuttgart, Germany, because none of the 54 African nations were willing to give it a home! 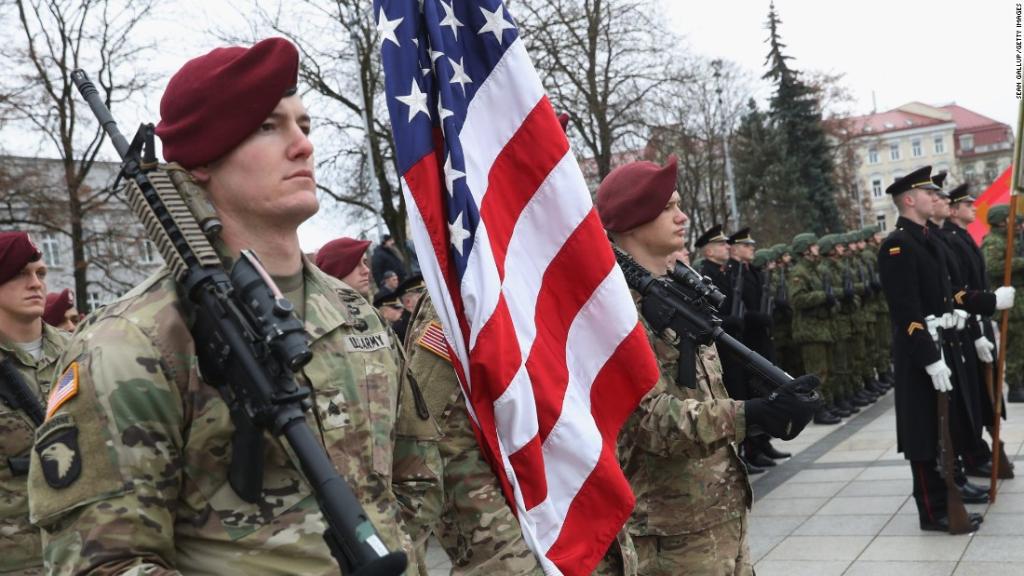 Assad reveals how US Forces can be guided away from Syria’s...