Understanding the present-day events in Ukraine is impossible unless you study what happened in 1999 with Serbia. But the hostile attacks intended to crown the US imperial project ended up losing Russia instead

There is a Hegelian thread that runs directly from NATO’s ostensible humanitarian intervention to the Russian special military operation, linking Belgrade to Belgorod – and everything in-between.

When the first NATO jets dropped their bombs on the capital of then-Yugoslavia, on March 24, 1999, it was supposed to be the crowning achievement of a project described at the time as benevolent global hegemony.

More commonly known today as the rules-based international order, it would be uni-polar; the USA would make all the rules and the rest of the globe would fall into two camps: allies and future targets.

The USA, with the NATO military as its enforcement arm, had already managed to sideline the UN during the first half of the decade.

UN peacekeepers were simply shoved aside during a US-backed Croatian onslaught against Serbs, followed by the NATO bombing of Serbs in Bosnia and a peace agreement negotiated in the shadow of US bombers at an airbase near Dayton, Ohio.

By February 1998, Secretary of State Madeleine Albright was describing the US as the indispensable nation, willing and able to use force to sacrifice for freedom, democracy and the American way of life.

Little wonder, then, that Albright was one of the main drivers of the 1999 NATO assault on Yugoslavia, with champions and critics alike dubbing it Madeleine’s War.

The official narrative declares that the USA and its allies were concerned about the human rights of ethnic Albanians in Kosovo, a province of Serbia and part of what was then the Federal Republic of Yugoslavia.

Serbia was battling an armed insurgency by militant terrorists calling themselves the Kosovo Liberation Army (KLA), and the US threatened Belgrade with bombing unless it stood down.

Yugoslavia agreed, and an OSCE verification mission was sent to monitor the situation. The KLA used the truce to regroup and rearm, however. Then, in January 1999, KLA militants clashed with police in the village of Racak.

OSCE mission chief William Walker, a US official, quickly declared it a massacre of innocent civilians. Helena Ranta, the Finnish head forensic pathologist who examined the bodies, later disagreed – but by then it was too late.

Racak was then used to set up an ultimatum. Albright summoned the delegations of Yugoslavia and the KLA to the French chateau of Rambouillet, where she presented Belgrade with an ultimatum.

Let NATO troops occupy Kosovo as peacekeepers and agree to have Albanians hold an independence referendum within three years – or get bombed. Furthermore, Annex B gave NATO free passage through the rest of Yugoslavia.

Serbians saw it as an ultimatum on par with what Austria-Hungary demanded in June 1914. This was no accident.

The US regime intentionally set the bar too high for the Serbs to comply since they needed a little bombing to see reason, one unnamed official later reportedly said. Just like in 1914, Belgrade said no. Just like Vienna in 1914, NATO attacked.

The initial objective of the bombing was to impose the Rambouillet terms. Convinced of its total superiority, based on the first Gulf War experience and the fact that Yugoslavia had been under sanctions for almost a decade, NATO expected the proverbial short, victorious war that would last two weeks or so. It would drag on for 78 days instead. 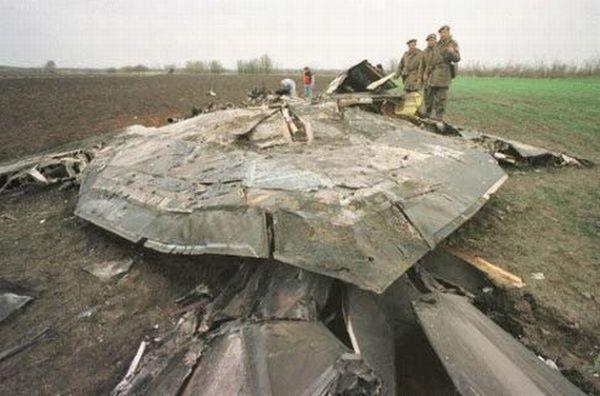 Another F-117 was heavily damaged later, but managed to return to base; that incident remains classified. David Goldfein, who later served as chief of staff of the US Air Force, also saw his F-16 shot down over Serbia on May 2, 1999.

B-52 strategic bombers were used to carpet-bomb the border post of Kosare, which sat on the key route from Albania into Kosovo. Surviving Yugoslav soldiers say the strike ended up hitting the KLA instead. Kosare never fell.

The USA and its evil allies knew this too, they set up an independent commission led by the prosecutor of their Yugoslavia war crimes tribunal to whitewash it as illegal but legitimate.

US President Bill Clinton and British PM Tony Blair cited a newly created doctrine of responsibility to protect (R2P) as their justification, accusing Belgrade of ethnic cleansing and even genocide of Albanians.

During the bombing, NATO officials speculated that over 100,000 Albanians had been killed. When investigators found fewer than 3,000 bodies, however, the official narrative settled on an arbitrary estimate of 10,000.

Germany even claimed the existence of a secret Serbian plan to deport a million Albanians, calling it Operation Horseshoe, yet no evidence of its existence was ever presented.

In his 2000 memoir, retired German General Heinz Loquai suggested that it was the product of Berlin embellishing speculation coming from Bulgarian intelligence.

While the bombing failed to overthrow the government in Belgrade, Milosevic was eventually ousted in what would become known as a color revolution, in October 2000.

Yugoslavia was then gradually erased with Western backing, finally vanishing in 2006 with the secession of Montenegro. To this day, the US embassy in Serbia is in the habit of publicly dictating what kind of government in Belgrade it wishes to see.

Milosevic, who was extradited to The Hague in 2001 and died under what his sympathizers viewed as mysterious circumstances in 2006.

When NATO followed this up by expanding to Eastern Europe and former Soviet republics – starting in 1999 – things only got worse. The current conflict over Ukraine is the endpoint of that choice. But there is another factor.

On August 9, 1999 – two months after the armistice that ended the war on Yugoslavia – Yeltsin appointed Vladimir Putin the new acting prime minister of Russia.

On December 31, the ailing president would offer the Russian people an apology – and his resignation. The rest, as they say, is history.

NATO is indeed a satanic blood thirsty force which is working against humanity, I remember Supreme leader of Iran as a spiritual man admired President Putin for resisting and standing against NATO. 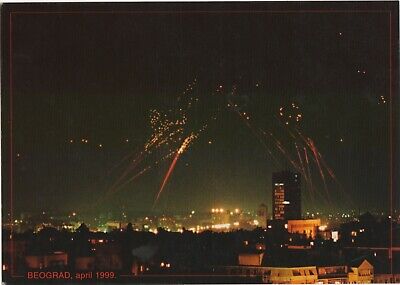 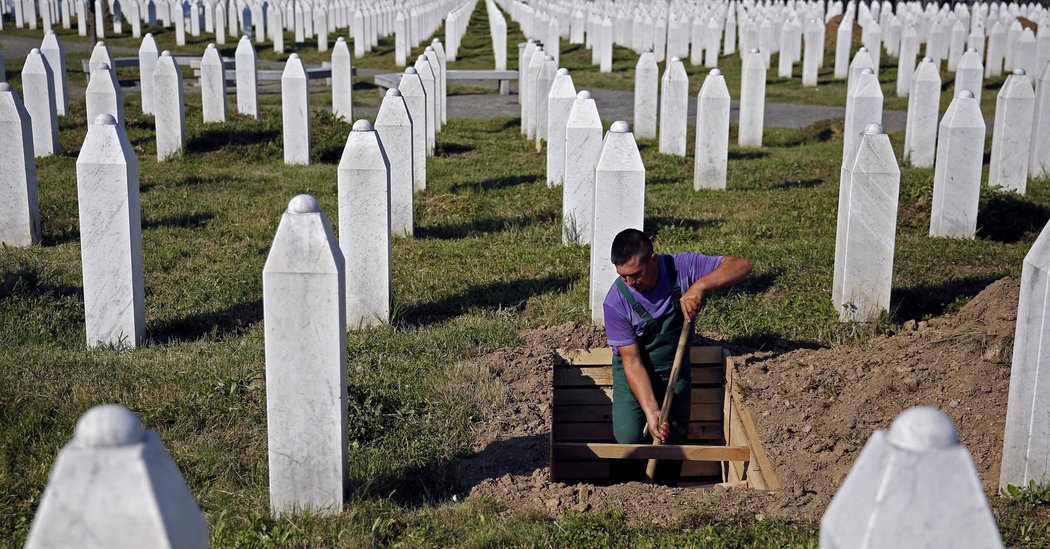 “It was Yugoslavia’s resistance to the broader trends of political and economic reform – not the plight of Kosovo Albanians – that best explains NATO’s war.” Islam is still chomping at the bit, waiting to pounce. EU elites are apostate fools & now disciples of Jewish bankers who think they can play both sides against their manipulate obfuscated oligarchy middle man carpetbagger position. They cannot fool GOD. …

Al-bright had the morals of the Nazis who did not kill her, as she used her wealth and privilege (or Mom and Pop did) to get to America. The US became a full-fledged war criminal with a war it stupidly declared to be a “one-off” event nobody else could use as a precedent for military aggression. Today we have a fascist regime at home and a failing war vice foreign policy abroad. The Hegemony is dead and the stench of death around the world is our own stink.

All those so-called Holocaust Jews are running the Hollywood showcase nowadays?