A major explosion ripped through historic Saratoga Hotel on Friday, destroying multiple floors of the building. So far, the cause of the blast in Havana remains unclear and there are no definite estimates of casualties.

However, photos and video footage from the scene in Cuba show wrecked cars and buses outside Havana’s Saratoga Hotel. The hotel is located directly across from Cuba’s National Capitol Building, the seat of the country’s parliament.

Some Latin American nations, like Nicaragua, Venezuela and Bolivia were warned up ahead by global security agencies like the CIA as the war in Ukraine spreads around in contra NATO military countries in the world.

The blast happened at around 11 AM Caribbean time, with witnesses telling local media the explosion sounded like a bomb going off in broad daylight. A quick look on the travel channels website and you will see the predictive programming.

Hundreds of bystanders have gathered on the streets as police and rescue crews begin searching the rubble for survivors, as the hotel was under maintenance construction.

One witness told CNN Brasil that the hotel, which is one of the most popular in the city, was almost empty due to the pandemic. Some reports suggested a school across the street from the hotel was evacuated following the explosion.

The damage seem to be restricted vertically to the 2nd & 3rd floors, but several rooms affected on each floor leaving the superstructure intact. So, far 22 bodies have been recovered and rescue operations continue.

This is typical of a gas explosion, like natural gas or propane rather than a high explosive which is more concentrated and carries a stronger shock wave. It may be the result of a gas leak.

However, others say the destruction pattern at the outside of the hotel suggests a car bomb, because the front of the hotel was blown to pieces. Domestic terrorists, maybe financed by the Ashke-Nazist gulag USA at work.

We hope Cuban justice catches the traitors and hands them over to the families of the innocent victims for a chat. I think Cuba might need to expel NATO diplomats, because the US regime in Washington have officially announced to cause havoc in anti-USA countries.

The hotel’s website describes it as a luxury hotel located in the historic center of Havana, with 96 rooms, two bars, two restaurants, a spa and gym. The building was originally built in 1880 and remodeled as a hotel in 1933.

WEF inclusivity, fourth industrial revolution? In the war on life giving, earth greening Co2. We’ll know more if the travel and tourist industry continues to be targeted around the world. 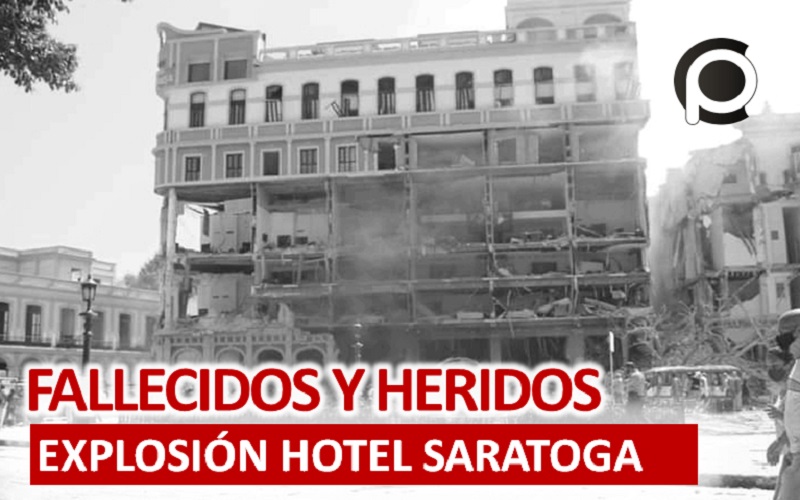 USA concerned about Chinese naval base in Cambodia

US Customs and Border Protection arrest over 5.000 Ukrainians