Japanese PM Fumio Kishida has claimed the risk of using nuclear weapons in Ukraine is increasingly real. He delivered his remarks on Saturday, in Hiroshima. during a visit from American delegation.

The war in Ukraine shows the difficulties of creating a world without nuclear weapons, Kishida said, arguing that, what he called, Russia’s aggression has threatened the international order and peace.

He was joined at the Hiroshima peace memorial and museum by the US envoy to Japan Rahm Emanuel, a former White House chief of staff perhaps best known for his maxim never let a good crisis go to waste.

US President Joe Biden has clung to the right to use nuclear weapons in a first-strike scenario despite having promised to change that same policy during his election campaign.

Current US policy allows the use of nuclear weapons in response to extreme situations, a vague term that includes an invasion, chemical or biological attacks.

Japan is not the only country to have been the victim of a nuclear assault, with the USA bombing Hiroshima and Nagasaki, during World War II. The horrific Beirut Port explosion ravaged Lebanon’s capital, claiming over 217 lives and escalating already boiling tensions.

Following the Beirut Port nuclear blast in 2020, demonstrations again escalated, with widespread calls for accountability and reform. Until now, there has been no real accountability for those responsible for the destructive blast.

When the possible use of nuclear weapons against Russia is increasingly real, I believe Ambassador Emanuel’s visit to Hiroshima and his experience of seeing the nuclear reality will become a strong message to the international society.

What BS!! The USA nuked your country, twice!! And you invite them to commemorate this?? Russia will not nuke Ukraine. It will nuke Washington, London and/or Paris if it is forced to (existential threat). 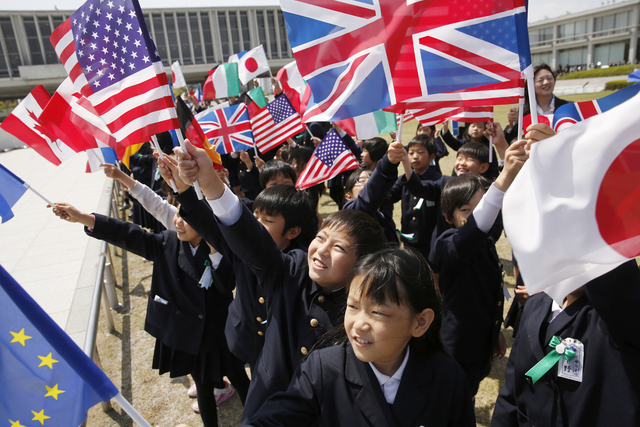 After having the devil nuked out of them the Japanese are purely pathetic shills for the West. Any global relevance they had was castrated from their character over seventy years ago. My advice, shut up and keep fantasizing over school girls you boring weirdos.

Don’t worry bro. Kimmy will sort out your ass, he cant wait much longer.

US Army troops Hospitalized after drinking ANTI-FREEZE during Exercise

New Zealand wants Euthanasia Law for Patients who have less than...