Hundreds of Israeli settlers set out across the occupied West Bank on Wednesday to take part in an unprecedented effort to erect a number of illegal settlement outposts in the invaded territory.

The effort was launched by the far-right Nachala settlement movement, whose mission is to increase Jewish settlement in the West Bank.

Reports indicated that the settlers are seeking to build at least three outposts this week, though it’s expected the settlers might try to set up more than that, neglecting Palestinian birth rights at the locations.

The group has been planning the initiative for months, mobilizing settlers across the territory, fundraising in cities across Israel, and garnering support from Israeli political figures and government officials.

Led by Daniella Weiss, a leader of the religious-Zionist and settler movements and an advocate of an Arab-free Jewish state, the plans started as a goal of establishing 10 Evyatars – named after the Evyatar outpost in Beita, what the group considers to be one of its most successful settlement projects in years.

The main strategy of the operation is for the settlers to descend en masse to different sites they have been allocated, establish a presence there through tents and mobile caravans, and declare it as a new settlement in UN forbidden occupied territory.

The operation is expected to continue into the coming weeks, as Nachala designates pieces of land it plans to take over to its different core groups, with each one seeking out to establish its own outpost.

The EU denounced the plans, saying it was concerned over the dangerous implications it could hold, as outposts often serve to establish or further expand Israeli settlements and are a potential direct source of increased settler violence against Palestinians.

Unlike Israeli settlements, which are pre-approved and subsidized by the Israeli government, settlement outposts are illegal under Israeli law, as they are erected without any government permissions.

Both settlements and settler outposts are illegal under international law.

Israeli Defense Minister Benny Gantz released a statement earlier in the week denouncing the initiative, saying that the military and police have been ordered to stop the initiative, and prevent the outposts from being erected.

The military said in a statement that it is preparing for building roads, checkpoints, and other key points in the Judea and Samaria area to maintain security and law and order, referring to the biblical name of the West Bank.

Activists from settlement watchdog Peace Now told Mondoweiss that by Wednesday morning at least one outpost had already been erected by settlers, but subsequently dismantled by Israeli authorities.

There are currently anywhere between 450,000 to 650,000 Israeli settlers living in more than 280 outposts and settlements across the occupied West Bank in contravention of international law, which prohibits governments from moving their citizens into occupied territory.

According to Peace Now’s numbers, there are currently 150 illegal outposts that exist in the West Bank. The number of outposts actually outnumber settlements formally established by the Israeli government, which stand at 132.

The plan is to explicitly contravene international law, and the settlers have been doing this brazenly and explicitly in Israeli media, and on social media.

What remains to be seen if the government will actually stop these plans, showing skepticism stemmed from the fact that many outposts, like Homesh and Evyatar in the northern Nablus district.

These ordered to be evacuated and or demolished by the government, but are still standing, and maintain a frequent settler presence until today.

sraeli settlers frequently attack Palestinians and their property in the West Bank, a phenomenon well documented by rights groups, who say that the attacks often happen under the supervision, and assistance, of the Israeli military.

The outposts are the major source of settler violence in the West Bank, and that if Wednesday’s action is successful, it will only continue to embolden the settlers, posing more risks to Palestinians and their land.

In the lead up to Wednesday’s events, Nachala and other settler groups have been engaging in what Dr. Mills of Peace Now is a wider campaign within the settler movement to increase Jewish settlement in Area C of the West Bank, which is under full Israeli military control, and where most settlements and outposts exist.

Area C consists of more than 60% of the West Bank. The large majority of Area C is privately owned Palestinian land, but because of the military’s control of the area, Palestinians are largely prevented from using or building on the land.

Historically the Israeli government has prevented 98% of Palestinian construction and development of Area C, used different laws and rules to confiscate privately-owned Palestinian land and convert it into state land, all while simultaneously promoting settlement construction of 4,000 new settler homes in the West Bank.

Despite the clear disparity between Palestinians and Israeli settlers in Area C, and the fact that Area C is Palestinian land, the settler movement has continued to promote a narrative of combating what they have dubbed a “Palestinian takeover” of the area.

It must be great to have a “Divine Right “God ” who is called the USA to be able to ignore Human Rights- International Law -Nuclear Proliferation Treaty – steal another countries land -Golan Heights ” and if anybody complains its -“you are anti-Semitic ” .
6,000,000 killed in WW2 ? — obviously outdoes the 27,000,000 Slavs killed in the same war. 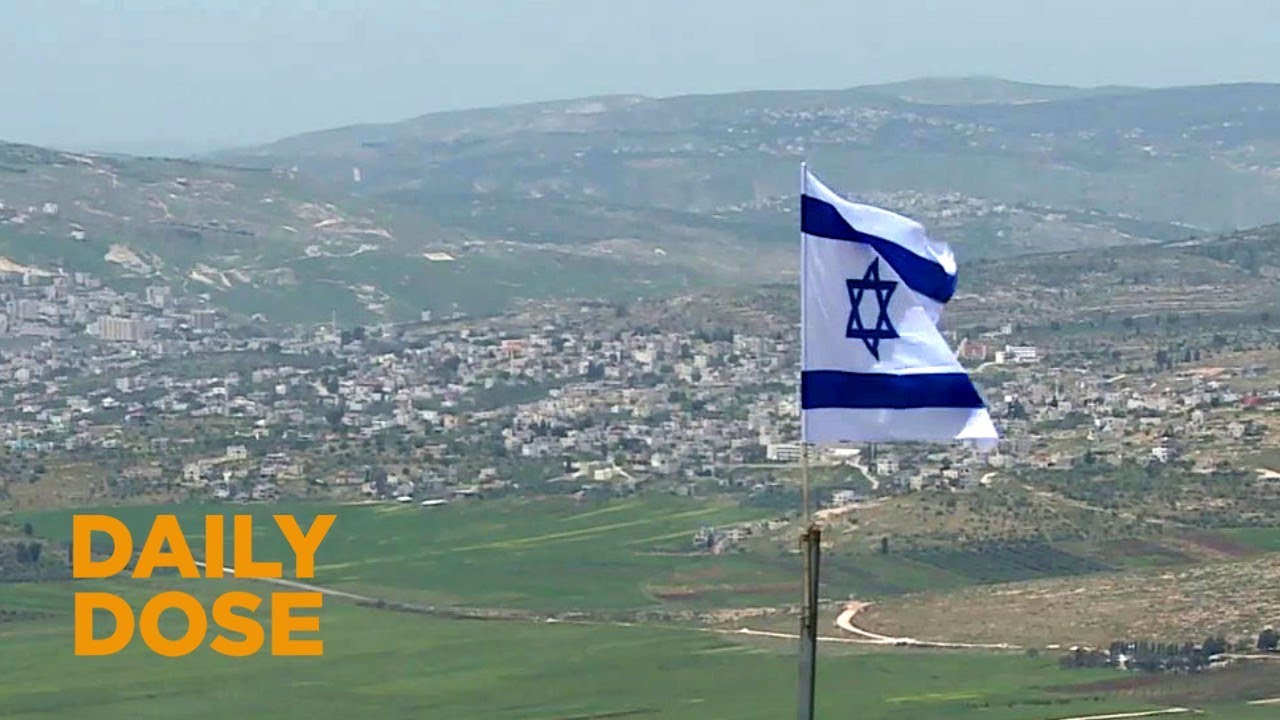 Ukraine allowed to print Money to pay for its Shrinking Troops