Israeli farmers are unsurprisingly peeved by a new government plan, which will increase competition and could spirit away a large chunk of their business.

They maintain that the prices they charge are not the cause of rising produce bills, pointing a finger instead at the retailers. They are supported by the Agriculture Ministry’s own data showing the high markups at many grocery stores.

Under the plan, import tariffs on all fruits and vegetables will be erased gradually over five years, and immediately on eggs, avocados, lychees, and pineapples, according to their plan set out in the Economic Arrangements Bill, which accompanies the state budget.

To cut bureaucracy and further ease imports, the government will replace its strict plant health requirements with certification that meets general international rules, but farmers insist they are paid a fraction of what supermarkets charge and are being unfairly targeted by the government plan.

On everything from eggplants to bananas, the Agriculture Ministry’s survey of 23 types of produce from the first week of August show supermarkets charging double and sometimes triple what they pay, minus a 20% deduction for the price paid to distributors.

The stores are usually located in urban centers or small towns and often function as the only option for those without a car or other means to get to larger supermarkets on the outskirts of cities or in suburban shopping centers.

Produce at larger supermarkets, termed discount marts by the ministry, is still marked up, sometimes by over 100%, though they are usually only half as expensive as the same produce from city markets.

The ministry survey showed that all but six of the items being sold at so-called city markets were marked up by more than 100% compared with what the farmers were estimated to have received.

The high prices put fresh produce out of reach for many Israelis, especially those with access to only the most expensive stores.

Fruits and vegetables are considered the basic building blocks of a healthy diet, but without the availability of affordable produce, many families are forced to rely on less salubrious processed foods.

Some 656,000 Israeli families currently live with food insecurity — the inability to afford healthy, nutritious food — according to the most recent poverty report from Leket, the National Food Bank.

According to Russian born Finance Minister Avigdor Lieberman, fruit prices have risen by more than 100% and vegetables by more than 80% in the last 20 years, all while consumption has fallen by 20% because people cannot afford the cost.

Official data collected by the state generally backs up his claims, showing that between 2000 and 2021, produce prices rose by some 80%, while prices for all other consumer goods rose by only 33%.

Liberman and Forer, both from the Yisrael Beytenu party, are seeking to bring these prices down by abolishing import barriers and opening farmers up to foreign competition.

Currently the vast majority of produce consumed by Israelis is locally grown some estimates put the number as high as 90%.

Boosters of the plan note that it comes with several programs meant to help soften the blow for local farmers, following a European Union system that provides direct aid instead of indirect subsidies via customs taxes, price controls, quota allocations (given in Israel just for milk and eggs) and regulations, all of which help to distort the relative prices of different products.

Instead farmers will now get NIS 100 per dunam of cultivated land per year (approximately $7.75 per acre), with the state paying out NIS 420 million total for all 4.2 million dunams being worked.

A Finance Ministry official with knowledge of the plan said that the figure was roughly equal to 2.5% of the total industry, matching the 2.6% profit an inter-ministerial committee found supermarkets make off of produce.

Hebrew University Prof. Ayal Kimhi, vice president of the Shoresh Institution for Socioeconomic Research, said that while direct payments work, the suggested figure is “so inadequate that you risk destroying the entire farming sector.

The number, was taken from the European Union, where there are large tracts of pasture land, and in no way reflects to the shekels poured into intensive vegetable and fruit farming. If prices go down as a result of lowering the tariffs, people will simply abandon their farms.

In Europe, the process of moving to direct payments to farmers took two decades. Lowering import tariffs is right but you need to do it slowly, carefully, and to stop each time and review the result. Five years is simply too fast.

The plan’s backers note that the abolition of tariffs on animal feed, pesticides and other materials will lower farmers’ expenses, according to the proposal.

Tax breaks are to be given to encourage capital investment in agriculture; grants will be offered for cutting-edge equipment such as robots that can harvest fruit automatically, better seeds, and other technological advances; and cash will be earmarked for research, innovation and efficiency.

Experts say Israel’s 2% annual population growth, the fastest-growing in the developed world, means the country will need to import more or farmers will need to find ways to get more out of the ground. According to the Finance Ministry official, Israel has only 50,000 acres of land left for cultivation that is not already being worked.

There are a number of reasons that fruit and vegetable prices have risen so dramatically. In a recent article for business daily Globes (Hebrew), its noted that Israelis are eating more exotic products and want to eat fresh fruit and vegetables out of season, both of which are costlier to produce.

Pesticide restrictions are forcing growers to use costlier solutions; extreme weather, which can damage crops, is becoming more frequent; and costs for inputs such as water and labor are going up. The conglomeration of retailers and wholesalers, which has picked up in recent years.

The centralized structure in the wholesale and retail sectors of the fresh fruit and vegetable market, in contrast to the dispersed nature of the agricultural one, creates unequal power relations between the farmers and the big retailers which is likely to to harm farmers.

The nature of the agricultural product also weakens the negotiating power of the farmers because fruits and vegetables are perishable goods and the farmer has to sell in a short time, ‘whatever the cost.”

The large companies don’t only determine prices. If you can send a truck to the packing house and the chain can turn around and tell you that they don’t want the fruit because it’s too small or too soft, they dump it.

Not only were high prices not benefiting the farmers, they were hurting them. The consumer buys less because it’s so expensive and that leaves the stores with a surplus. After two to three days, the chain will come back to the farmer and say ‘don’t pick any more.’ But the farmers have to take the fruit off the tree, if they can’t freeze it!

Labor costs as well are putting Israeli farmers at a disadvantage, they say. Because few Israelis work in agriculture, growers must bring foreign workers to Israel to do the tough manual work, but are limited by how many permits the government allocates, driving up salaries.

According to data compiled by the International Labor Organization, Israeli males working in agricultural or forestry average monthly salaries of $3,127 while those in Turkey, one of Israel’s largest produce importers, make only $713.

The Agriculture Ministry spokesperson noted that the reform would increase quotas for foreign laborers. Farmers would also like the government to rethink what obligations they have to provide pensions or other benefits to foreign laborers.

It’s not logical to pay a 20-year-old Thai farmer a pension. We need to give him health insurance and ensure that he lives properly, but all the extras on top of this are reflected in the price of the fruit.

On the issues of water and labor costs, Israel had comparative advantages in some areas, and disadvantages in others. The ministry had not seen importers consolidating, which has been blamed on driving prices up in other sectors of the economy.

Affordable prices were also important for ensuring food security. For this, it was important to “examine in-depth” the entire food chain in a bid to pinpoint the reasons for high prices. 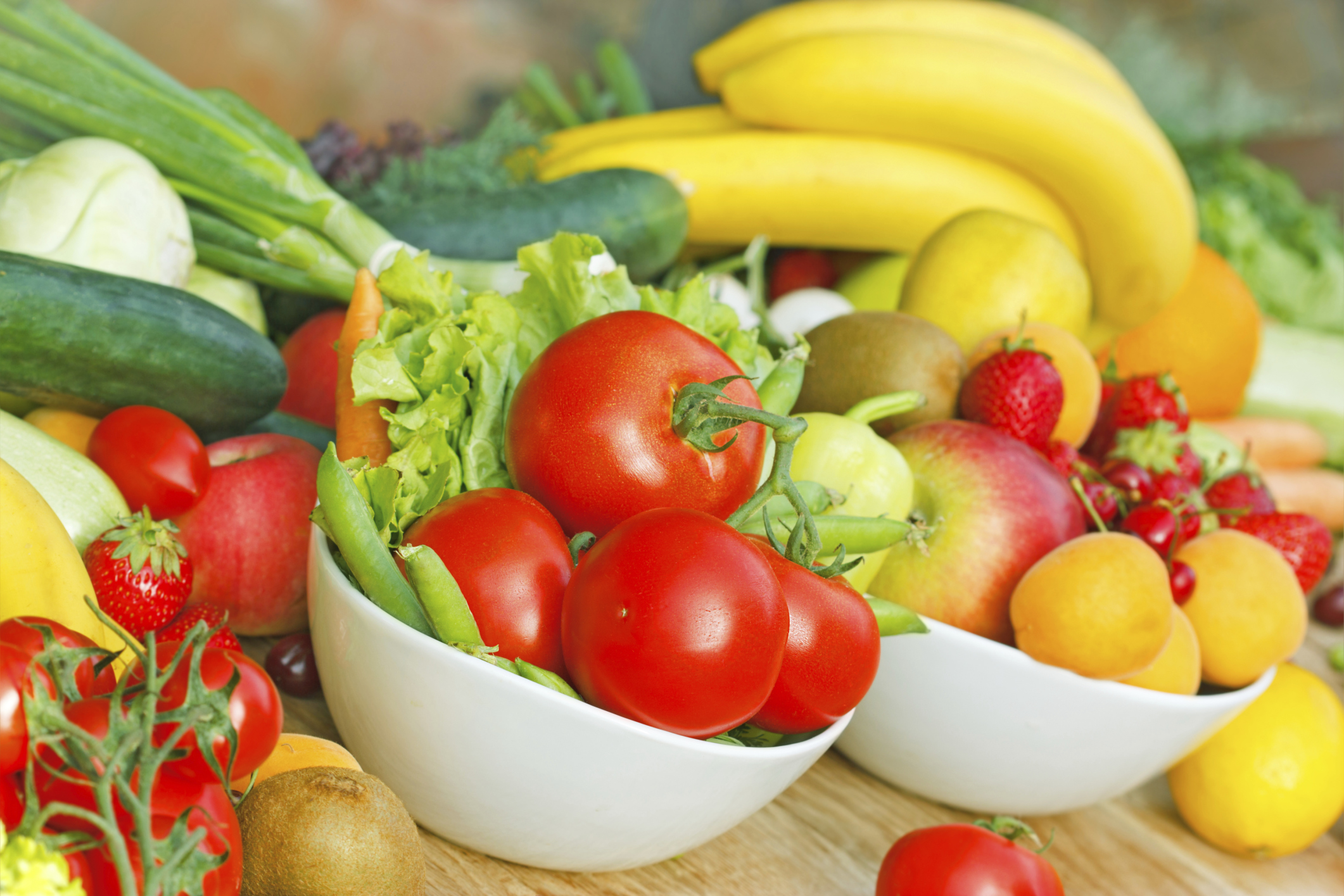 And sold with profits to confiscate more land and build more settlements.

Iran could be Russia’s Gateway to the Persian Gulf