On 6 June 1982 Israel began a war against Lebanon sending 76,000 ground troops and 1,000 tanks into the Arab nation in order to redraw the ethnic map of the Middle East.

During the three months of fighting, Israel has reportedly fired some 185,000 missiles at Lebanon, as a result of which 400,000 people have rendered homeless. Estimates suggest that between 17,000 and 19,000 others have lost their life.

Officials in Jerusalem said at the time that they didn’t have a choice – a confrontation with Beirut was necessary to avenge the murder attempt on Shlomo Argov, Israel’s ambassador to Britain and to stop attacks on Israeli targets by Palestinian and Syrian opposition.

However, Jamal Wakim, professor of at the Lebanese University of Beirut, tells quite a different story since he is convinced the real reason for Israel’s invasion was to redraw the map of the region rather than to put an end to Palestinian or Syrian counter attacks.

Israel had set its sights on Lebanon since its establishment in 1948. They have always wanted to turn this country into a sphere of their influence and they used the Palestinian refugees a pretext for their goals in line with the occupation of the Jordanian West Bank and Syrian invaded Golan Heights

Wakim, now professor of History and International Relations was nine when the war broke out. He remembers the air raids on Beirut, Israeli soldiers marching in and the cries of the Palestinian refugees, who knew that the IDF was coming after them.

He says the experience was traumatic for everyone and it plunged Lebanon — that had already been embroiled in a civil war — into total chaos.

It is tough to gauge the death toll of that war but some estimates suggest that between 17,000 and 19,000 civilians and military of Lebanese, Palestinian and Syrian descent lost their life.

The country’s infrastructure has been severely damaged as Israel fired some 185,000 missiles into Lebanon rendering 400,000 totally homeless.

However, Lebanese resistance fighters put up a valiant fight against the Israeli aggression. Initially, they managed to block Israel and eventually, forced it back out from the invaded territory unconditionally.

In September 1982, the Palestinian Liberation Organization (PLO) – which had made Beirut its home after being expelled from Jordan back in the Seventies – withdrew most of its forces from the war-torn country.

The PLO’s agents moved on to Tunis, the capital of Tunisia, from which they continued to plan liberation events on Israeli occupation targets in the West Bank and Gaza Strip.

The eradication of Palestinian militants, however, hasn’t put an end to Israel’s problems in Lebanon. Syria’s influence over Beirut has continued to grow.

The Lebanese freedom militias that have been fighting the IDF turned into a symbol of powerful resistance that managed to fill the vacuum left by the deteriorating state defense and its inability to protect its own people against Israeli attacks.

Hezbollah – the Shiite militia linked to Iran – has become one of the most influential players that emerged out of the First Lebanon War. Even when the hostilities were officially over, it continued to challenge Israel in the south.

It accumulated weapons, monetary means and staff. Its assaults on the Jewish state have intensified over time, especially after 2000, when the IDF withdrew all of its forces from Lebanon.

In 2006, Israel found itself in the position of waging another war on Lebanon. This time it was prompted by Hezbollah’s kidnapping of two Israeli soldiers and by their constant shelling of Israel’s northern occupied communities.

Just like the time before, Israel has inflicted significant damage on Lebanon estimated at $5Bln. Looking back at the events that led to the Lebanon-Israel confrontation, Wakim says there is no need to have regrets.

Lebanon has emerged from the First Lebanon War stronger militarily.

After the war, we realized that we were no longer fearful of Israeli terror attacks, invasions and occupations. We have learnt that we could inflict damage on them, and we have understood that the tide has changed.

Last edited 14 days ago by Person of Interest
-1
Reply 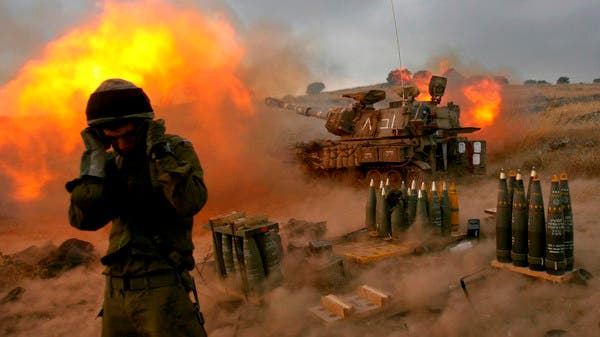 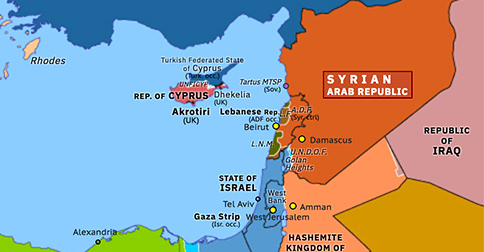 Last edited 14 days ago by Person of Interest
1
Reply

Ashkenazim Jews are a horrible type of species, roving and plundering the globe while committing ethnic cleansing programs to neutralize their historical opponents, which are the people with genetically proven bloodlines to Abraham.

Last edited 14 days ago by Person of Interest
1
Reply

Israeli Military back protesters calling to kill all Arabs and burn...

Western Governments are Destroying the Planet with Chemtrails for Control and...