Israel has for years carried out strikes against targets in Syria, which it typically claims are Iranian and intended for use in attacking Israel. Jerusalem does not have formal diplomatic relations with either Iran or Syria.

However, Syrian officials said after the strikes that most of the incoming missiles had been successfully intercepted, but that three soldiers had nonetheless been killed and seven others injured.

Syrian air defenses were activated shortly after midnight on Friday in response to an act of the wave of Israeli aggression in the vicinity of the capital, Damascus.

Tehran has acknowledged sending military aid to Damascus to help in the fight against Zionist and western supported ISIS and other terrorist groups.

While the government in West Jerusalem did not officially comment on that attack, the satellite company ImageSat International (ISI) published photos of the destruction and said that the strike disabled the entire civilian airport until repair.

I’m just waiting for Russia to bring them into the BLOC so this is brought to a halt as well as Iran. I think it would be good for Russia to make more friends as they are the next in line behind China to become more dominant on the international stage. Israel is a corrupt turd and a former image of itself playing the Holy card as if putting a masonic temple in Jerusalem is very Holy or Sucking off the Illuminati is even Holier. Israel is the bank of the world everyone in the know understands the role they… Read more » 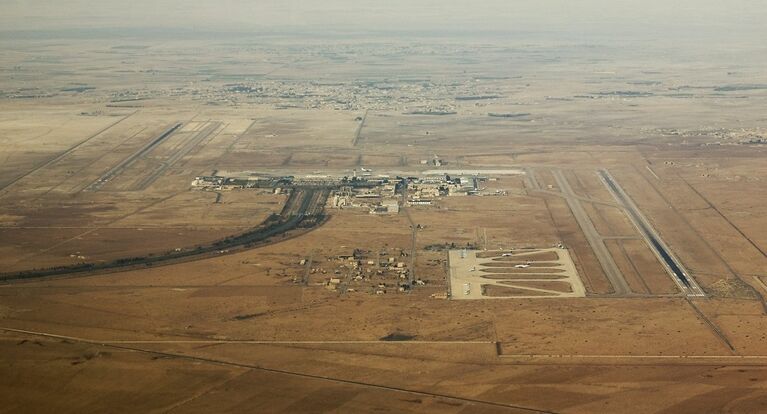 Just complaining about the hits is only saying to Israel”hit me again” and blinking in fear. Time to hit back and hit back hard. But then again, the more aggressive Israel becomes, the more they show they are losing international support?

Syria needs to get some missile defense nearer the Golan. Be it Iran or Russia supplying the systems let it be known that any incursion will be followed up by taking out the base from where the planes came from. You may lose the first few times but once you make that first hit Israel will be more careful in attacking. Use the mountainous regions near your border with Israel as hideouts for your missiles and pour some heavy rebuttals into Israel. It is time the Syrian forces expel the US and SDF from its oil fields. Bashar is doing… Read more »

Europe bankrupted itself and gutted own Security to funnel Kiev with...