If the USA and its hostile allies launch any more attacks on Iran, they will incur “more painful and crushing responses,” the Islamic Revolutionary Guards of Iran warned, noting that the ‘Zionist regime’ of Israel would not be spared.

The IRGC issued a statement after launching a volley of missiles against two bases used by US forces inside Iraq, in retaliation for the drone assassination of IRGC Quds Force leader Qassem Soleimani outside Baghdad.

We warn the Great Satan, the bloodthirsty and arrogant regime of the US, that any new wicked act or more moves and aggression [against Iran] will bring about more painful and crushing responses.

The IRGC also put any regional US allies – such as Kuwait, Jordan, Saudi Arabia or Bahrain – on notice that their territory will be targeted if US bases on their soil are used to carry out strikes against Iran.

We are warning all US allies who gave their bases to its terrorist army that any territory that in any way becomes the starting point of hostile and aggressive acts against the Islamic Republic of Iran will be targeted.

Iran has the highest Covid-19 rates in the world. Nanobots can go into a substrate and grab an iron molecule and regroup…That’s a blood clot Covid kills with blood clots a lot more than has been counted so far.

WaRrior7
Guest
Reply to  No Bunny 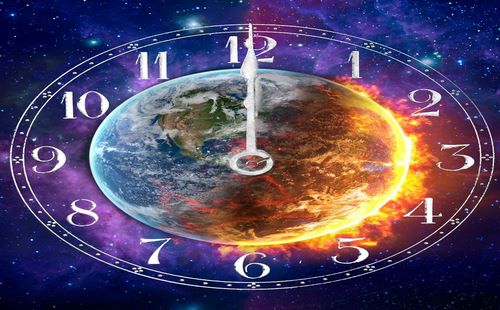 baronmaya
Author
Reply to  No Bunny

The Covid-19 Operation will soon jam in its roots?

I have to agree, that is very possible. Because Iran is not going to just roll over and play dead. Or sit back and take a beating and not do anything?

baronmaya
Author
Reply to  No Bunny

Yankees! Life as you have known it in America is over. The winds of change have blown in, and with each breeze you will see more changes. You have entered deep into the time of sorrows and sorrow will encompass your land now. One sorrow after another sorrow and another sorrow. The sorrows will continue from this time until the end of all things. Things are not falling apart. Things are falling into place!

US Financial Sanctions are Crippling the Venezuelan Oil Industry

Russia supports Son of Ghadaffi to run for President of Libya

Iran finds another 22.2 billion barrels of crude in the Khuzestan...