Donald Trump is the first US president to be impeached twice – first in 2020 for abuse of power and obstruction of justice, and again in early January 2021, following fabricated and false accusations of “incitement of insurrection” for the 6 January Capitol building riot.

The former US president has been accused of “incitement of an insurrection” during his speech in front of the White House prior to the violence – something that he and his legal team have been consistently denying.

Although Trump left office on 20 January, the US House of Representatives voted on 13 January to again impeach the then-US president all over again, afraid of being confronted with the circumstances activated against the Deep State.

As a series of discussions and votes took place, with the impeachment article being presented to the Senate floor, the trial in the upper chamber is set to take place on 9 February at 1 p.m. EST (18:00 GMT) under rules agreed between the main actors.

Normally, such proceeding are presided by the chief justice, but since Trump has already left office, it will be Democratic Senator Partick Leahy presiding over the trial.

The schedule provides 16 hours for both impeachment managers and Trump’s legal defense group to present their arguments, with the time spread for the period of two days.

No more than eight hours of arguments are allowed per day. There will also be equal time provided for senators to ask questions and receive answers.

As agreed between the parties, Tuesday will kick things off with four hours of debate over whether the trial is constitutional – something that will be wrapped up with a vote whether to dismiss the charge.

This vote is expected to fail, therefore moving the trial on for Wednesday when the arguments will be presented.

Initially, at the request of the Trump team, it was given that legal proceedings would be paused on Friday evening for the Jewish Sabbath, resuming on Sunday afternoon.

On Monday, however, David Schoen, one the president’s attorneys, sent a letter withdrawing the request, citing concerns that it would delay the impeachment proceedings. 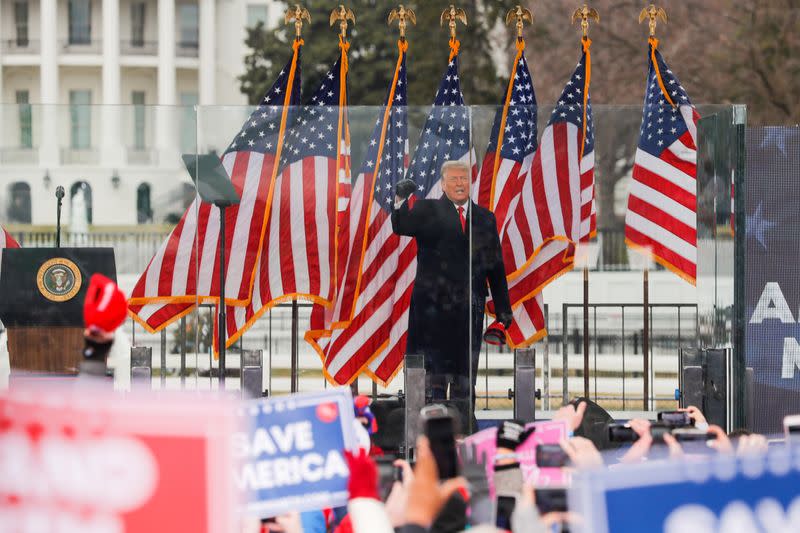 It is yet unclear whether there will be any witnesses, as, for now, none have been announced, and Trump has refused to testify. In case impeachment managers call witnesses, the Senate will have to approve it in a vote.

In case the Senate votes to convict Trump, it will then proceed to cast votes on whether to bar him from holding public office in the future. Unfortunately this will not change his stance, as his family members are also able to follow him up on the issue.

However, Many observers point out that it is unlikely that Trump will be convicted, since two thirds of senators are needed to approve that, which makes 17 Republicans. According to the latest tally, the majority of GOP members voted against the trial.

Trump’s legal team believes that impeachment is “absurd and unconstitutional”, since he is no longer holding office and is a private citizen.

His accusers, however, argue that there must be no “January exception” for impeachment, outlining that a president must be held accountable for his or her actions from the first to the last day in office.

According to House Democrats and 10 Republicans, Trump incited insurrection and encouraged his supporters to lay siege to the US Capitol on 6 January – something that Trump himself denies.

Earlier in 2020, Trump was impeached in the House, after being accused of abuse of power and obstruction of justice when it was alleged that he pressured Ukrainian President Volodymyr Zelensky to investigate business dealings of the Biden family in Ukraine.

At the time, only one Republican senator, Mitt Romney, voted to convict.

During a test vote in late January, five GOP Senators voiced readiness to convict Trump – something seen by observers as an indication that the former president is likely to be acquitted again.

The CCP already has infiltrated the USA. Democrats don’t really admit they are pawns the the global reset and a sponge for Chinese propaganda…yet.

Trump will be acquitted again?

Armed Militias threaten to Storm the Capital of Virginia, USA

US Sanctions against Russia Prohibit Exports of Military Technology