Haiti’s government has urged foreign states to send a special UN armed force to the island to help quell demonstrations and unrest, weeks after protesters and roving street gangs occupied a major port, demanding to force the resignation of Prime Minister Ariel Henry.

The Caribbean nation has seen severe fuel and water shortages amid chaotic protests and a new cholera outbreak. The island’s electric grid is notoriously unreliable, leaving many to rely on diesel generators for power.

Haiti has been gripped by unrest since last month, when large groups of demonstrators descended upon the country’s primary fuel terminal to protest a recent cut to government gas subsidies.

Since then, protesters and gang members, some of them armed, have effectively blockaded the port, crippling distribution while forcing the closure of countless businesses and other institutions, including three-quarters of Haiti’s badly managed hospitals.

The port blockades come amid a burgeoning cholera outbreak, which has so far resulted in more than 120 confirmed and suspected cases, and several deaths.

The UN has called for a humanitarian corridor through the capital city, Port-au-Prince, to allow health centers to reopen.

The UN troops remain extremely concerned about the security situation in Haiti, the impact it’s having on the Haitian people, on the ability to do security work, especially in the humanitarian sphere.

Haiti has seen significant unrest since the assassination of President Jovenel Moise last year, including a spike in kidnappings, riots, looting, and other forms of gang violence.

Henry took over as both interim PM and president soon after Moise’s death, though even as protesters insist he step down, the chances for a new election appear unlikely anytime soon.

The USA ordered a small detachment of Marines to the island in the wake of the assassination to secure the American Embassy.

It’s unclear whether the administration of President Joe Biden will authorize another deployment, with Washington so far offering no formal response to Henry’s request for intervention troops.

I believe your research will find that the last US military intervention (before Moise came in) removed the elected president and installed some tool. That tool’s successor or successor’s successor, etc., was what Haiti had in lieu of government. 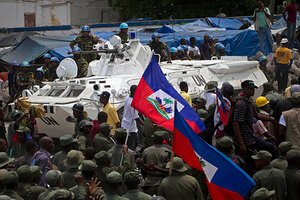 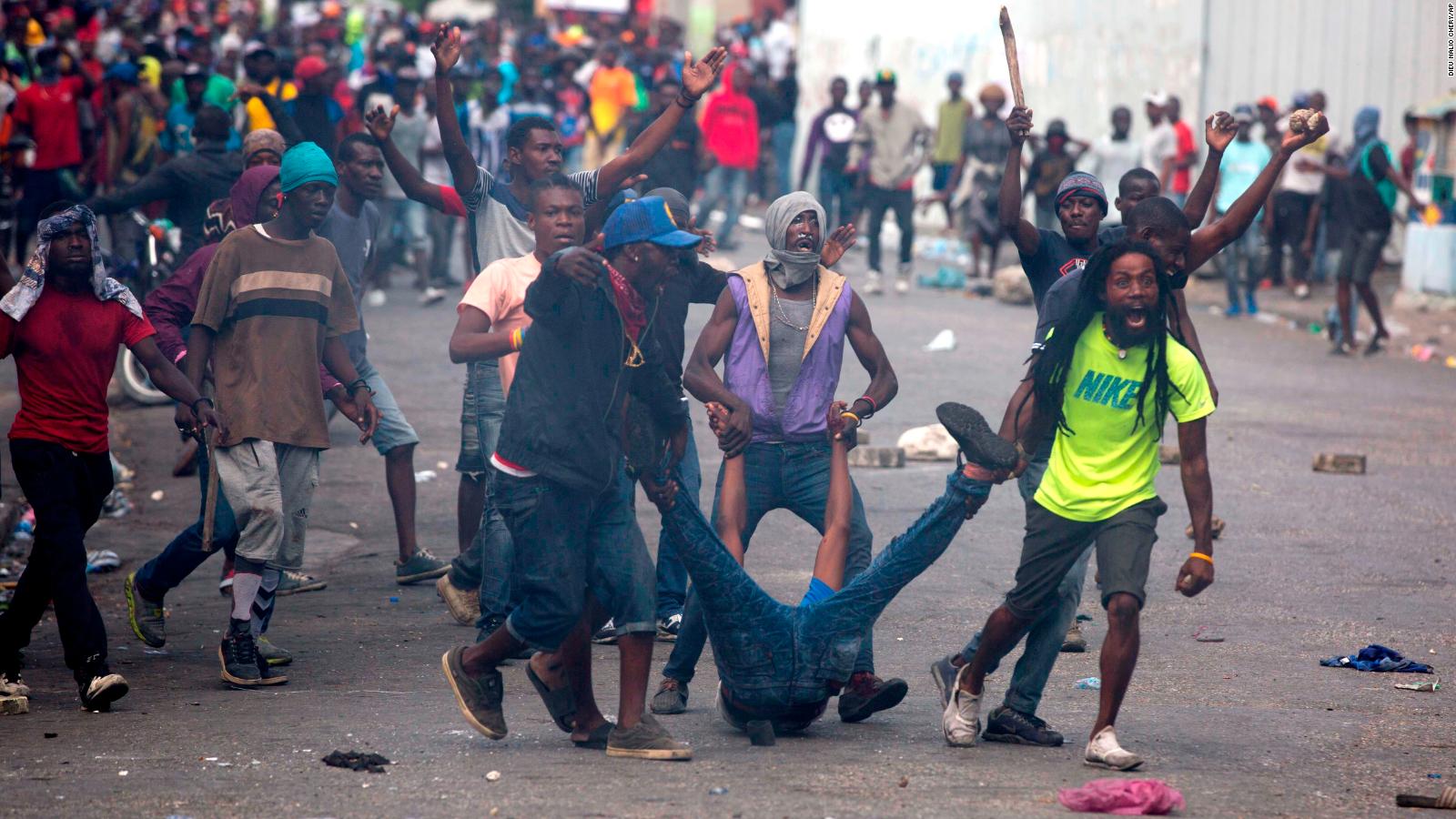 Most of these atrocities are designed by nature?

Now the USA want The Dominican Republic and Haiti to remove their borders so chaos can spread all around?

Calling it democracy and freedom of speech?

The last time Hillary Clinton and her scumbag husband was there they sold $40 billion that was intended for Haitian people after the earthquake the world donated to the Clinton foundation and they stole the money and that’s a fucking fact I bet they go in there again with the same intention all the fucking Weaselly French.

The Americans want to remove the borders between Haiti and the Dominican Republic, to create more chaos and rule over the victims?

Off course they do, creating more instability to profit from?

The End of Western Global Domination