France, believe it or not, sent Haiti a bill for freeing herself from slavery. France claimed to suffer business losses due to the end of the free labor provided by African slaves.

The richest colony in history, Haiti was given an ultimatum, pay billions of dollars to the slave owners for the loss of their slaves and plantations or face total isolation. The young Haitian nation was unable to pay this in one lump sum.

Haiti then entered its second age of slavery. Having fought a bloody war of liberation with France, Haiti now became a debt slave to French and American Banks.

The French Government calculated the losses to French slave owners at around $20b, in today’s dollars. The 20 billion in debt payments were collected by French warships. Haiti, was blockaded and prevented from trading with other nations.

Forced to drain its treasury every year to pay France, Haiti was preordained to poverty. The final payment of this odious debt was made in 1947 ending some 150 years of debt slavery. 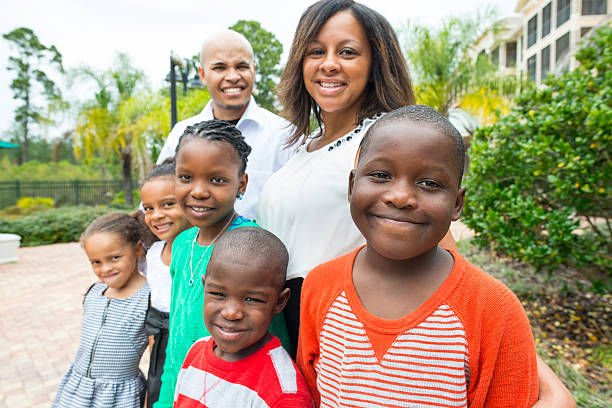 Until now, this information is never included in the Haiti story. ‘The Debt’, as it was called by five generations of Haitian families, was the cause of deep deprivation from education to healthcare.

Haiti is an impoverished nation because of this financial slavery.

Every Haitian knows this. But, wait, we in the G-20 rich nations are just now, being told? The strategic withholding of information is also known as lies of omission; omitting to tell someone the whole truth of any situation.

Reparations are usually demanded by the actual victims of slavery, like the Jews in German labor concentration camps or the African-Americans for the forced labor of their enslaved ancestors.

That former slaves were forced to pay reparations to slave owners is a French version of right and wrong. Had we known of this injustice over the past 75 years our opinion of both Haiti and France would be very different.

We learn from this that Haiti pays its debts, on time, has great integrity and is morally superior to France. The Western media mantra is that Haiti’s hopeless poverty is due to its own over reproducing and/or corruption, devil worshiping black citizens.

After all this time is the Haitian narrative being altered from failed Voodoo nation to a victim of the racist Mammonite debt system? Why now? What else has been kept secret? Who benefits from these secrets?

Oil in Haiti, by Dr. Georges Michel in 2004, documents the history of the deliberate concealment of enormous reserves of oil and gas in Haiti.

Then in January 2010, at the time of the Haitian earthquake, Global Research published two definitive articles, ‘Oil in Haiti’ by Marguerite Laurent and F. William Engdahl’s, ‘The Fateful Geologic Prize Called Haiti’.

Numerous sources confirm that the American Government has known about Haiti’s oil for most of the 20th century.

The oil deposits were then declared as strategic reserves under U.S. control and to be left in the ground until the 21st century when global oil would be in decline. What other secrets does Haiti hold?

Iridium, the second rarest mineral on earth is three times the price of gold. Haiti has huge deposits of Iridium. It’s been estimated that Haiti could be a top global supplier of iridium to the exploding demand from hi-tech industries for this rare earth mineral.

Haiti has gold, bauxite, uranium and other resources that could have, by now, transformed the lives of generations of Haitians. In 2002, President Aristide published a report of Haiti’s mineral wealth.

The report declared the minerals to be the sovereign wealth of the state of Haiti and would be invested in Haiti for the benefit of her citizens.

The Aristide Government had also served the Government of France notice of a case being brought into international court for repayment of the ‘odious debt’ paid to France for the liberation of Haitian slaves.

Aristide was removed from office a few months after the report was made public and the court case brought against France. The truth of Haitian history and wealth had, at last, escaped Washington’s strategic secrecy.

God’s pencil has no eraser. This popular Haitian proverb expresses the longevity of truth. History is being rewritten to reveal that when America had the information and know-how to raise Haiti up Uncle Sam chose to say nothing.

Strategic secrecy trumps suffering humanity. Haiti fights yet another battle in a long war with an Empire of Lies. But lies are eventually exposed by truth. This is happening. Now what?

We don’t need Canada, France and the U.S. who have already stolen from Haiti. All we need is Russia and China to help us exploit our wealth. The young Haitian man who says this is one of tens of thousands of protesters in front of the Canadian Embassy in Haiti.

He is waving a large Russian flag, one of many in the massive protest. Three men have their shirtless torsos painted in the tricolor flag of the Russian Federation.

The President of Russia, Vladimir Putin in a speech last week referred to the Russian flag being waved in some Latin America nations.

The news reports coming out of Haiti show political violence escalating. This is blamed on gangs. One individual gang leader nicknamed ‘Barbecue’ has been named by western media as the psychopathic mass killer who must be brought to justice.

At the Francophone Summit, Canadian Prime Minister Justin Trudeau said Canada will lead a military intervention in Haiti to stabilize the country.

Are events in Haiti exactly as described by Western media reports. Who is the real ‘Barbecue’? Is he just another poor thug who will be hunted down and dispatched by the morally superior foreign troops.

Will the script play out as planned? Does the information have gaps? Another Vision: Inside Haiti’s Uprising’ is looking into these questions. This ongoing series of videos from Haiti Liberte shows another side to the story.

The figure known as Barbecue was a former officer in the Haitian National Police for fourteen years before being fired. He reinvented himself as a security guard for hire and became involved in the bloody gang wars of Port au Prince slums. Kill or be killed.

But the story changes dramatically. Barbecue’s real name is Jimmy Cherizier and in these three hours of videos a very different man emerges than the murderous thug in Western media.

Cherizier is a charismatic, articulate political leader who has had a genuine epiphany. Haitian oligarchs own the gangs. They arm and pay them to kill, kidnap for money, destroy rivals and above all, maintain a situation of Haitians killing each other.

But Cherizier has blown the whistle on this cancerous evil and created an alliance of gangs called Revolutionary Force G-9 who have united to bring an end to this ‘system’ that holds Haiti hostage. G-9 has the support of Haiti’s impoverished millions and is heavily armed.

Is this why he is the target of the Canadian/American/French military solution to ‘stabilize’ Haiti? Are we eliminating yet another legitimate actor in a complex paradigm.

Aristide was removed from office and exiled to Africa for daring to declare that the Divinely ordained mineral wealth on Haitian territory would be invested in the Haitian people for the benefit of future generations.

Is Jimmy Cherizier’s ‘Another Vision’ of Haiti, a new Aristide, this time around, with heavy weapons? ‘Even in hell you can find a good friend.’  Haitian proverb.

Cameron Brohman has managed economic development projects in Haiti and other developing countries for forty years. His decades living and working in Haiti encompass the fall of the Duvalier regime through the 2010 earthquake and recovery. 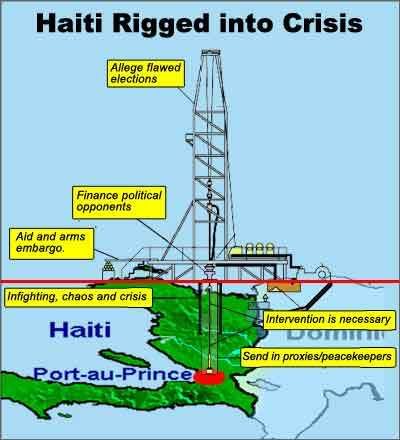 Pushing the already enslaved population into another mental prison for the benefit of money. How low can one go? Image removed and deleted by Google and company?

US Nuclear Submarine chased away from Russian territorial waters