The Royal Navy sent a frigate to the North Sea after the sabotage on the Nord Stream gas pipelines, the Ministry of Defense said. According to London, the British authorities are closely working with the Norwegian navy to protect those working near the gas pipelines.

Last week, Nord Stream AG, the operator of the pipelines, reported a major pressure drop and leakage of fuel. The Swedish and Danish authorities later confirmed they had discovered two gas leaks, with the consensus being that the Baltic Sea result was an act of sabotage.

It wasn’t specified which frigate was dispatched, however, reports suggest it is likely the HMS Somerset (F82), which has been exercising with Norwegian forces near Stavanger lately.

Nord Stream 1 and 2 suffered fuel leaks after experiencing rapid pressure drops on September 26, with the operator saying the damage to the pipeline system is unprecedented at these depths. Only a military operation could have caused the damage.

Russia called the sabotage an unprecedented act of state terrorism, with president Vladimir Putin saying that the Anglo-Saxons are targeting the pipelines to deliberately destroy Europe’s energy infrastructure.

Deputy Prime Minister Alexander Novak said on Sunday that the countries who opposed the construction of the pipeline – namely, USA, Poland and Ukraine – could have been the direct beneficiaries of the Nord Stream incidents.

The attacks occurred amid an ongoing energy crisis in Europe. Prices have been surging globally since 2021, however, the situation deteriorated even more after the USA, Britain and the EU adopted several rounds of anti-Russian sanctions.

Over the past months, gas prices have skyrocketed, resulting in major inflation and a rising cost of living in the EU, Britain, and many other parts of the world.

As soon as the USA sabotaged the pipelines the USA increased their LNG prices — do you have to be A- stupid —B-a European– C-a UK citizen to blame Russia — the warship is to stop Gazprom repairing the pipelines.

I never fail to be amazed at the very low intelligence and cowardice of Europe especially Germany who must know the USA is hell bent on destroying the German Economy to remove a competitor.

DONNCHADAH AND ALL COSMOS SUBSCRIBERS ,YOU LIKE ME I GENUINELY BELIEVE IT WAS A DELIBERATE MILITARY SABOTAGE OF RUSSIA’S UNDER THE SEA’S PIPELINE TO FORCE 14 EUROPEAN COUNTRIES ESPECIALLY GERMANY , TO RUSH THIS GREEN ENERGY SCAM ON THE WORLD CREATED BY JOHN KERRY OF THE UNITED STATES HE IS THE HEAD OF AMERICA’S ALL GREEN ENERGY AND A HEAVY INVESTOR AND THE WOKE PENTAGON. HEAVY INVESTORS LIKE THE FORMER VICE PRESIDENT AL GORE AND SO MANY AMERICAN MULTI MILLIONARES AND BILLIONARES. I must add that Cosmos Chronicle reports solid trusted truth’s unlike the LIAR American News Media that more… Read more »

Nice to hear from an American who sees through CNN/Fox “”news “” /ABC/BBC and the mass American media who are owned ( behind the scenes ) by Zionists .

Most intellectual Americans I have communicated with have lost their jobs for speaking the Truth and then blacklisted -Professors-College Lecturers etc.

A survey showed that only 5 % of the US public realize that they are being fed a line –of Bull.

The criminal network of the global cabal is seated in Washington DC. London City, Vatican City and Dubai, which all present excluded entities that dictate the world economy? 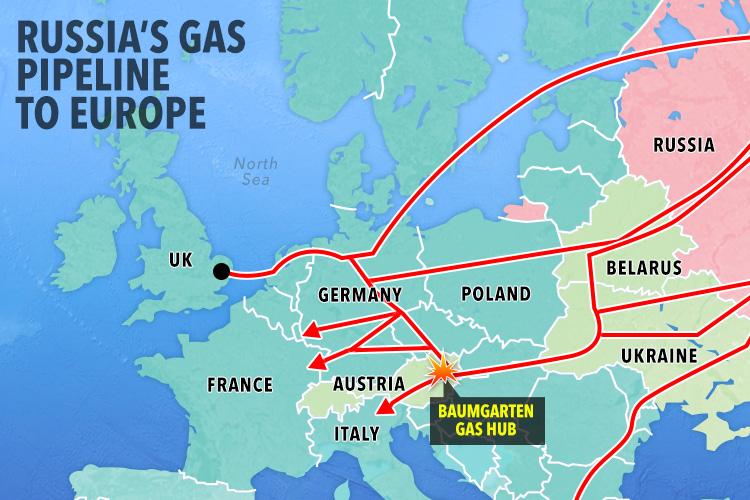 Thanks for the thumbs up, Butch.

Western Civilization Burns to its Final Days of Marxist Oppression