France’s public debt will pass the 3 trillion euro (approximately $3 trillion) mark in the weeks ahead, Gabriel Attal, Minister of Public Action and Accounts of France, said.

In August, France’s Economy and Finance Minister Bruno Le Maire said that inflation in the country will not improve until after early 2023. But, in the coming weeks, we will overtake the 3 trillion euro debt mark. This year, debt servicing costs us 18 Bln more than expected.

According to the minister, in 2023, government debt servicing will cost France 51.7 Billion euros. Earlier, France’s National Institute of Statistics and Economic Research reported that the country’s public debt as of the end of the first quarter of 2022 was 2,901.8 Billion euros or 114.5% of GDP.

The institute’s report noted that during this period, the debt has increased by 88.8 Billion euros compared with previous indicators. The French have been protesting against the horrible situation for years now, but got zero answer at their request.

According to the report, such a sharp increase was mainly caused by an increase in the debt of government departments (up 64.8 Billion euros), as well as social insurance structures (up 25.6 Billion euros). 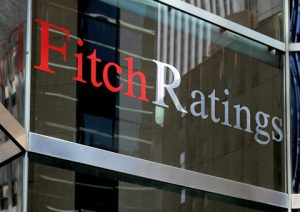