A citizen rally against the use of mega-water basins in western France turned violent, with dozens of injured on both sides.

Thousands of French activists marched against the deployment of giant water reservoirs for agricultural use in the western part of the country despite an official ban, resulting in clashes with police and dozens of injuries.

According to activist group Bassines Non Merci, more than 7,000 people gathered to protest against the building of water mega-basins in the village of Sainte-Soline in the Deux-Sevres department, before some of them managed to break onto the construction site.

By doing so, they defied a ban imposed by the department’s prefect Emmanuelle Dubee on Friday, who said around 1,500 police officers would do their best to stop the protesters.

In an attempt to justify the move, she said such demonstrations had proven violent in the past, adding that activists could attack the police and degrade part of the agricultural facilities that were on their way.

As a result, clashes between activists and law enforcers ensued. According to Interior Minister Gerald Darmanin, 61 officers were injured, 22 of them seriously. This figure shows that it was not a peaceful demonstration, but a very violent rally.

But protesters reported that around 30 had been injured by projectiles fired by police.

The water reserve is a part of the project organized by French farmers to significantly reduce mains water usage in summer. However, opponents have described the project as a water grab by the agricultural industry.

They also argued that it could deprive local communities of access to water, a concern that gained more urgency after France went through an unprecedented drought this summer.

At the time, dozens of municipalities were left without drinking water while the nation’s authorities introduced restrictions on consumption.

If this happened in Russia MSM would be screaming that the people are rising up against Putin and don’t want him. But his is the West. 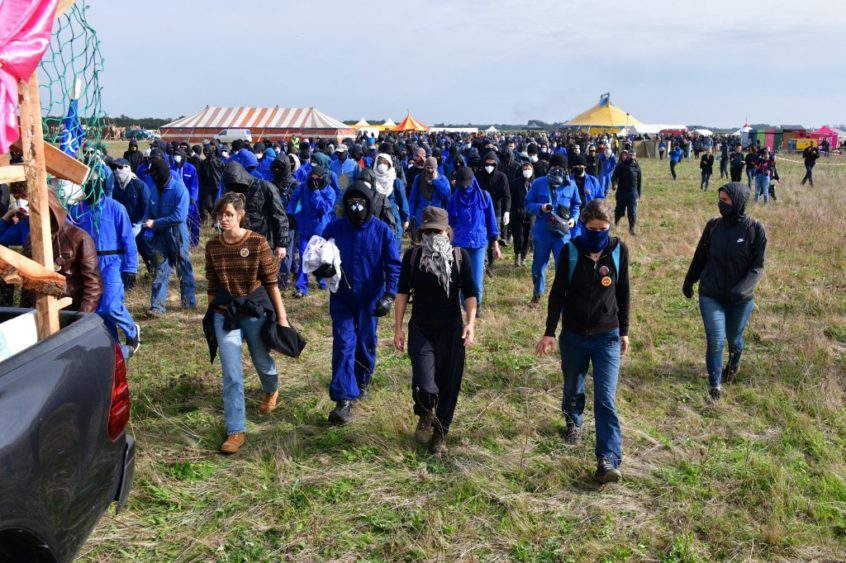 Even water is being weaponized now…

Denmark next to be cut off from Russian gas deliveries