A large rescue operation is underway off the coast of Sweden near the Swedish island of Gotska Sandon in the Baltic Sea after a fire broke out on the car ferry Stena Scandica with 300 people on board.

Three helicopters and seven vessels have been dispatched off the Swedish coast, where a car ferry has caught fire. According to officials, the fire is under control.

The alarm on board went off shortly before 1pm and the Swedish maritime authorities were immediately activated to start the evacuation operation, according to reports.

The coast guard with the support of other ships are trying to rescue the passengers. The authorities cannot currently calculate how long the evacuation will take. There are no immediate reports of injuries and the cause of the fire is not yet known

According to media reports, the ship was on the way from the city of Ventspils in Latvia to Nynashamn, Stockholm County, Sweden.

“its Russia’s fault as payback for Sweden joining NATO”-aka -the USA.

That is how the Zionist swamp wants to call it, so they can block Russian lifelines to the rest of the world?

Yes ,bit of a co-incidence after talking about blocking Russia from the Baltic– personally I never believe in co-incidence . 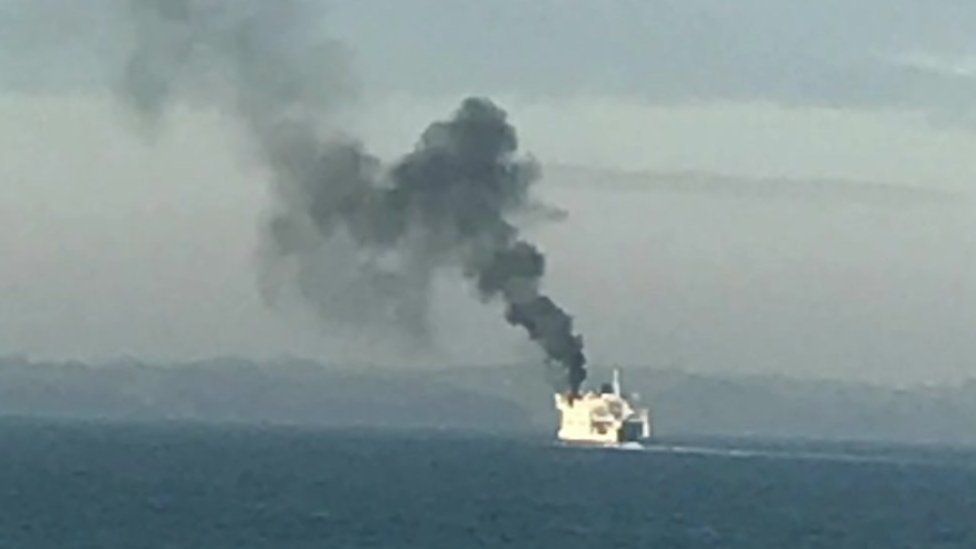