On the latest hunt for ‘trolls’ in Africa and the Middle East, in addition to the usual ‘Russians’ Facebook for the first time banned a network of French accounts fighting for influence in former colonies.

Their activity originated in France and targeted mainly the Central African Republic and Mali, but also Niger, Burkina Faso, Algeria, Cote d’Ivoire and Chad – all former French colonies in Africa.

About 5,000 or so accounts followed the banned pages, along with 1,600 accounts in the banned groups and about 200 followers on Instagram, according to Facebook’s head of security policy Nathaniel Gleicher and Global Threat Disruption Lead David Agranovich.

It was reportedly the first time a Western ‘troll’ network has been fingered by the Menlo Park behemoth, which until now focused primarily on politically-driven hunts for ‘Russian’ meddling.

The accounts posted primarily in French and Arabic, supported French policies and the military, and criticized alleged Russian “interference” in the Central African Republic (CAR), as well as engaging in flame wars with “Russian” operators.

Examples provided by Facebook were posts denouncing “Russian imperialists [as] a gangrene on Mali!” and warning about “tsarist lobotomy,” or posting crude cartoons of a bear in a fur hat grabbing a bag of African diamonds and calling Russian mercenaries the real thieves and de-stabilizers.

Facebook also claimed to have found a ‘Russian’ troll network of 63 accounts, 29 pages, 7 groups and 1 Instagram account, targeting the CAR as well as Madagascar, Cameroon, Equatorial Guinea, Mozambique, South Africa and the CAR diaspora in France.

These accounts posted in French English, Portuguese and Arabic “about news and current events,” including the Russian vaccine against Covid-19, supporting the CAR government against the rebel warlords and a fictitious coup d’etat in Equatorial Guinea.

While the pages reportedly had about 263,000 followers and the groups 29,000 members, no one followed the sole Instagram account.

Gleicher and Agranovich noted that “this was the first time our team found two campaigns, from France and Russia actively engage with one another.’

They claimed that the ‘Russian’ network was trying to rebuild operations after their October 2019 purge, when the “French campaign” shifted focus to post about Russia’s manipulation campaigns in Africa.

f this is a real security problem, then why is FB reporting to irrelevant sources? When Paris crafted a much disturbing Mali campaign, any little suggestions presented all went into Belgium. Therefore FB Security Team aren’t actually communicating to the entities that handle France and the Tuareg desert tribes in Mali.

Lobbying and political tech tripe motives are only happening because FB wants revenge against paying the minimum amount of taxes, while Macron has destroyed the credibility of France.

Since Pre-Macron France actually qualified as the best country for Mali and up until recent, they kept the civilian deaths and animosity on the lower end. Because of Western history in Africa, France was the right choice to go into Mali and I still believe that Mali went way better than Libya, Yemen, Iraq and Syria.

Macron is now an obstacle to the brilliant strategy of France taking the lead in Mali this came after much reasoning and watching debate after debate from Belgium & streaming argument after argument about how to approach Mali, without the Dutch and German commandos. 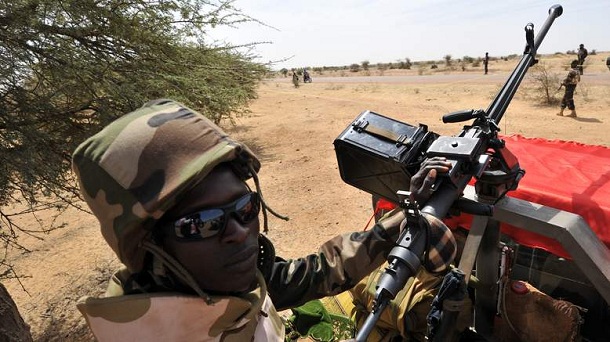 Hunting down the opposition?

Philippines buys BrahMos Missile, a Mach 3.5 Monster of Destruction from...

USA prepares for War with Iran