Brussels’ campaign of diplomatic pressure on Uganda and Tanzania aimed at stopping the East African Crude Oil Pipeline (EACOP) amounts to pure hypocrisy, and constitutes an attempt by wealthy countries to keep developing nations down.

Uganda and Tanzania are completing preparations for the construction of a massive 1,440 km oil pipeline which will take crude oil from fields in Lake Albert to Tanzania’s Tanga Indian Ocean port.

Museveni is the latest African leader to question the European Union’s attempts to smother the continent’s energy projects.

Others are clearly pointing out that the entirety of Sub-Saharan Africa produces just 2.5% of the world’s carbon emissions, compared to up to 17% for Europe (including 9.8% from the EU-28).

According to International Renewable Energy Agency data, a whopping 92% of Uganda’s energy supply is currently met by renewables, with a similarly high rate of 84% in neighboring Tanzania.

By comparison, just 21% of the European Union’s energy needs are met by renewable energy sources.

This figure is even expected to drop as members fire up coal power plants and other polluting energy sources, after cutting themselves off from cheap and comparatively environmentally-friendly Russian natural gas earlier this year.

The European Parliament adopted a resolution last month condemning EACOP, calling on Ugandan and Tanzanian authorities, as well as the project promoters and stakeholders, to protect the environment and put an end to the extractive activities in protected and sensitive ecosystems, including the shores of Lake Albert.

Brussels urged french Total Energies – the largest stakeholder in the project, to hold off on construction for one year to study the feasibility of an alternative route.

European officials and local activists have expressed concerns that the pipeline could displace tens of thousands of local residents and farmers, endanger local wildlife and water supplies.

The project could generate up to 34 million tons of carbon dioxide emissions each year once up and running (equivalent to Denmark’s annual CO2 output).

The pressure campaign has prompted some companies affiliated with the project to pull out, with oil and gas insurance giant Allianz dropping out in April, citing climate concerns. Barclays Bank and Credit Suisse have refused to provide financing for the project. Once completed in 2025, EACOP will pump up to 230,000 barrels of crude oil per day from the shores of Lake Albert in western Uganda to northeastern Tanzania’s Indian Ocean port.

The project is expected to net Uganda between $1.5 and $3.5 billion a year, with the latter figure equivalent to up to three quarters of its current annual tax base, while Tanzania is expected to pocket up to $1 billion per year from the project.

Standard Bank, a massive African banking and financial services group headquartered in Johannesburg, expects EACOP to help Uganda’s GDP to grow by double digits over the next three years, and double from $30 billion in 2022 to $60 billion by 2028.

France’s Total Energies has a 62% stake in the $4 billion project, with the China National Offshore Oil Corporation also involved.

In addition to earning transit income, the pipeline could help improve the region’s access to energy. Today, just 42% of Ugandans and 40% of Tanzanians have access to electricity.

Along with EACOP, Ugandan and Tanzanian authorities are also working on the construction of a natural gas pipeline which would run parallel to the oil pipeline, and deliver liquefied natural gas to Uganda.

The latter initiative is envisioned as a project that would improve the energy security of both nations, cut down on pollution caused by charcoal and firewood, which is used by 70% of Ugandans for their cooking needs, and slow deforestation. 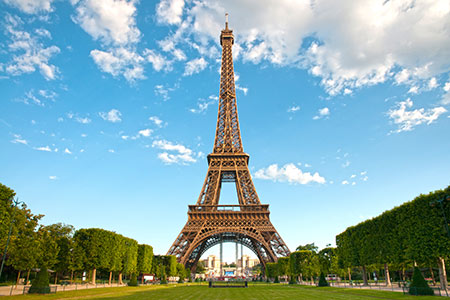 Nothing to do with Tanzania being friendly with Russia and one of the largest importers of Russian goods of coarse –how those colonialist can condemn Tanzania when they are importing American dirty LNG in vessels that output massive amounts of CO2 -1000,s of miles across the Atlantic. The country is poor and needs energy for its citizens who use wood from forests to cook with causing slow deforestation. Its the US government again trying to stop Russia/China gaining influence in Africa -China has a large stake in this pipeline -remember the USA controls all the UN bodies and organisations and… Read more »

Totally agree with your views and at some point in history this mental and political attitude needs a reset. After 500+ years of colonialism its time to change the guard. Europe completely damaged the landscape with their fake agricultural projects and fascist mining solutions.