After almost five days of often tense negotiations, the EU reached a “historic” deal on the bloc’s long-term budget and Corona-virus recovery package to the tune of €750 billion to rebuild EU economies.

The deal earmarks huge sums for providing funds to businesses to rebound hurt by the economic collapse caused by the COVID-19 pandemic, roll out new measures to reform economies over the long haul, and invest to help protect against “future crises”.

European Union officials finally agreed upon a contentious $2 trillion economic rescue spending plan that centers on the bloc issuing common bonds for the first time ever. It plans to repay the money by 2058.

Ironically, the common bond issuance could make the EU more cohesive in coming years, after recent turbulent years that saw the U.K. leave the union.

European Commission will borrow the money on financial markets and distribute just under half of it — €390 billion — as grants to the hardest-hit members of the bloc, with the rest, provided as loans.

Although the deal is being seen as a historic development for the embattled European Union, the Commission said earlier this month that it expects the EU’s economy to shrink by 8.3% in 2020, considerably worse than the 7.4% slump predicted two months ago.

This will likely force Brussels to make major cuts to key sectors, including research and innovation, health, and climate initiatives.

Speaking at a joint press conference with Michel, the Commission’s President Ursula von der Leyen said that the move to slash the budget for certain sectors was “regrettable”, but that it was the price for reaching a compromise among EU leaders. 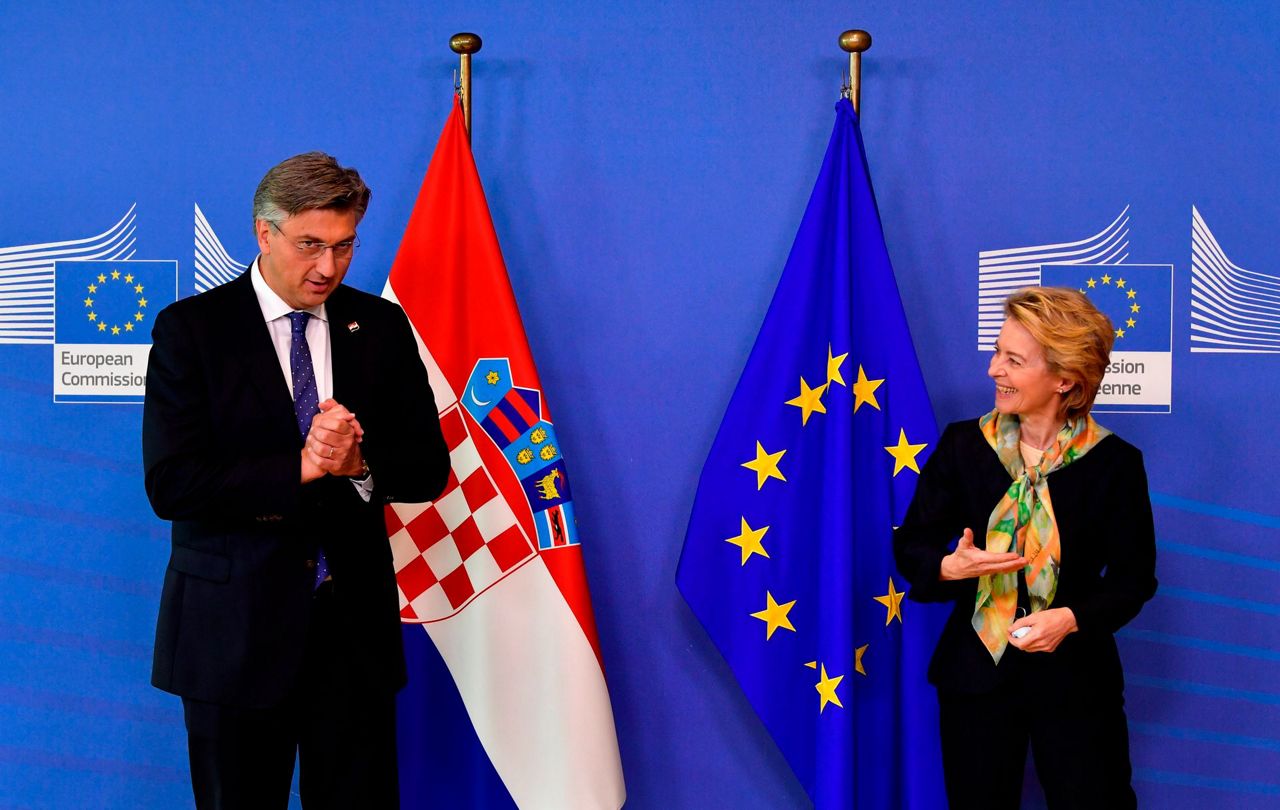 To secure the backing of the Netherlands, Sweden, Austria, Denmark and Germany for the recovery plan, all of which are net contributors to the EU budget, will receive deeper rebates on what they have to contribute each year to the EU’s coffers, based on the size of their economies?

In other words, the ailing mostly southern European countries will pay the price for the so-called emergency rescue plan. As a result gold prices spiked nearing the all time high.

Failure to reach an agreement would have risked also seeing wealthier northern Europe states recover faster than the poorer and more tourism-reliant southern half of Europe.

That, in turn, would have placed further enormous strain on keeping the EU together after the bloc faced enormous criticism from both inside the EU and from its main partners for the way it handled the early months of the Corona-virus outbreak.

At the height of the pandemic, Europe saw its foundational core rocked by indifference, protectionism, and a lack of cooperation among many of its members as they struggled to deal with the fallout of the spread of the virus.

But other important steps remain. First and most important: to gain the support of the European Parliament. Nobody should take our European Union for granted.

The four days of meetings by the EU’s top brass was the first major in-person gathering of world leaders since the pandemic started in late February.

After emerging from the talks, French President Emmanuel Macron hailed the signing as a “historic day for Europe”, adding, “Think of the distance that we have covered. ‘

Ever since February, we have not been able to come to some type of agreement,” he said. Now we have the (budget), we have the recovery fund and this amounts to almost 2% of the EU GDP. One might wonder how high the EU GDP in reality is. Over €500 trillion?

The southern European countries must pick up the tab?

As always the weak pay the bill for the rich to cash in on the victimized entities. That’s called Zionist capitalism?

Israel is only about Zionist dominance of Jewish power

Canada placed on Corona-virus Lock Down