We are currently seeing rising food prices due to a combination of an engineered food crisis for geopolitical reasons, financial speculation by hedge funds, pension funds and investment banks and profiteering by global grain trade conglomerates like Cargill, Louis Dreyfus, ADM and Bunge.

In addition, agri firms like Bayer, Syngenta (ChemChina) and Corteva cynically regard current circumstances as an opportunity to promote their agenda and seek commercialization of unregulated and improperly tested genetically engineered (GE) technologies.

These companies have long promoted the false narrative that their hybrid seeds and their GE seeds, along with their agrichemicals, are essential for feeding a growing global population.

This agenda is orchestrated by vested interests and career scientists, many of whom long ago sold their objectivity for biotech money lobby groups and disgraced politicians and journalists.

Meanwhile, in an attempt to deflect and sway opinion, these industry shills also try to depict their critics as being Luddites and ideologically driven and for depriving the poor of (GE) food and farmers of technology.

This type of bombast disintegrates when confronted with the evidence of a failing GE project. As well as this kind of emotional blackmail, prominent lobbyists like Mark Lynas.

Now unable or unwilling to acknowledge that genuine food security and food sovereignty can be achieved without proprietary products – trot out other baseless and absurd claims that industry critics are Kremlin stooges, while displaying their ignorance of geopolitics.

Indeed, who would you turn to for an analysis of current US-Russia relations?

An advocate for GE foods and pesticides who makes inaccurate claims from his perch at the Gates Foundation-funded Cornell Alliance for Science. Or a renowned academic like Professor Michael Hudson whose specialist field covers geopolitics.

But it would not be the first time that an industry activist like Lynas has ventured beyond his field of claimed expertise to try to score points.

However, dirty tricks and smears are par for the course because the agri biotech emperor has been shown to have no clothes time and again – GE is a failing, often detrimental technology in search of a problem.

And if the problem does not exist, the reality of food insecurity will be twisted to serve the industry agenda, and regulatory bodies and institutions supposedly set up to serve the public interest will be placed under intense pressure or subverted.

The performance of GE crops has been a hotly contested issue and, as highlighted in a 2018 piece by PC Kesavan and MS Swaminathan in the journal Current Science, there is sufficiently strong evidence to question their efficacy and the devastating impacts on the environment, human health and food security, not least in places like Latin America.

A new report by Friends of the Earth (FoE) Europe shows that big global biotech corporations like Bayer and Corteva, which together already control 40% of the global commercial seed market, are now trying to cement complete dominance.

Industry watchdog GMWatch notes these companies are seeking to increase their control over the future of food and farming by extensively patenting plants and developing a new generation of genetically modified organisms (GMO’s).

These companies are moving to patent plant genetic information that can occur naturally or as a result of genetic modification. They claim all plants with those genetic traits as their “invention”.

Such patents on plants would restrict farmers’ access to seeds and impede breeders from developing new plants as both would have to ask for consent and pay fees to the biotech companies.

Corteva has applied for some 1,430 patents on new GMO’s, while Bayer has applications for 119 patents.

Big biotech’s strategy is to apply for wide patents that would also cover plants which naturally present the same genetic characteristics as the GMO’s they engineered.

They will be lining their pockets from farmers and plant breeders, who in turn will have a restricted access to what they can grow and work with.

For instance, GMWatch notes that Corteva holds a patent for a process modifying the genome of a cell using the CRISPR technique and claims the intellectual property rights to any cells, seeds and plants that include the same genetic information, whether in broccoli, maize, soy, rice, wheat, cotton, barley or sunflower.

The agri biotech sector is engaged in a corporate hijack of agriculture while attempting to portray itself as being involved in some kind of service to humanity. And this is a global endeavor, which is also currently being played out in India.

Various high-level reports have advised against introducing GM food crops to India. These reports conclude that GM crops are unsuitable for India and that existing biosafety and regulatory procedures are inadequate.

Appointed by the Supreme Court, the TEC was scathing about the regulatory system prevailing in India, highlighting its inadequacies and inherent serious conflicts of interest.

The TEC recommended a 10-year moratorium on commercial release of GM crops. The PSC also arrived at similar conclusions.

In the absence of adequate and proper testing and sufficient data, no statistically valid conclusions of mean seed yield (MSY) of DMH 11 could be drawn anyhow.

Yet they were drawn by both the regulators and developers who furthermore self-conducted and supervised the trials. Without valid data to justify it, DMH 11 was allowed in pre-commercial large scale field trials in 2014-15.

Deliberately poor non-GMO mustard varieties were chosen to promote prospects for DMH 11 as a superior yielding GMO hybrid, which then passed through ‘the system’ and was allowed by the regulators, a classic non-sequitur by both the regulators and Dr Pental.

The fraud continued, by actively fudging yield data of DMH 11 by 15.2% to show higher MSY. In her various Supreme Court petitions, she has offered a good deal of evidence to show how it was done.

Moreover, HT mustard DMH 11 will make no impact on the domestic production of mustard oil, which was a major reason why it was being pushed in the first place.

The argument was that GM mustard would increase productivity and this would help reduce imports of edible oils. Until the mid-1990’s, India was virtually self-sufficient in edible oils.

Then import tariffs were reduced, leading to an influx of cheap (subsidized) edible oil imports that domestic farmers could not compete with.

This effectively devastated the home-grown edible oils sector and served the interests of eco-terrorist palm oil growers and US grain and agriculture commodity company Cargill.

It came as little surprise that in 2013 India’s then Agriculture Minister Sharad Pawar accused US companies of derailing the nation’s oil seeds production program.

Whether in India, Europe or elsewhere, the industry’s agenda is to use GE technology to secure intellectual property rights over all seeds (and chemical inputs) and thus gain total control over food and farming.

And given what has been set out here – they seek to achieve this by all means necessary. 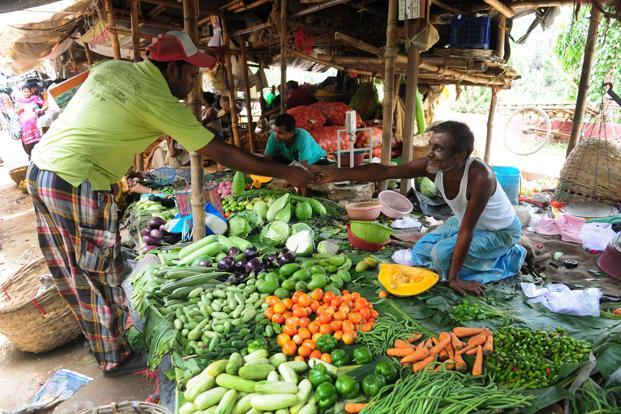 As of 2023 the west-aka USA says Russia can export grain to other countries but behind the scenes blocks this from happening using western resources and makes sure any exported ends up in the EU not Africa etc .

They had plenty of time to learn all those criminal actions from the Mafia -it used to run Las Vegas & NY & Chicago– the USA is just a bigger version of it .

One relative I had worked in Vegas in the 50,s met Frank Sinatra and other film stars – anybody who caused trouble in the casino disappeared-told to -look but keep mouth shut – those that didn’t didn’t last long.

Wow, that shows how things are run by those entities?