Dutch farmers protested around the Netherlands as lawmakers voted on proposals to slash emissions of damaging pollutants, a plan that will likely force farmers to cut their livestock herds or stop work altogether?

The government says emissions of nitrogen oxide and ammonia, which livestock produce, must be drastically reduced close to nature areas that are part of a network of protected habitats for endangered plants and wildlife stretching across the 27-nation European Union.

The ruling coalition wants to cut emissions of pollutants, predominantly nitrogen oxide and ammonia, by 50% nationwide by 2030. Ministers call the proposal an unavoidable transition that aims to improve air, land and water quality.

The most polluting sectors in the world are shipping, agriculture, cattle and energy producing coal plants, while the Netherlands together with Belgium and Luxembourg lead the list of most polluted countries in Europa, regarding to water-, ground-, and air pollution.

The fascist dictator-like government in The Hague warns that farmers will have to adapt or face the prospect of shuttering and closing down their complete businesses.

The honest message … is that not all farmers can continue their business, and those who do will likely have to farm differently, the government said in a statement this month as it unveiled emission reduction targets.

Livestock produce ammonia in their urine and feces. The government in the past has called on farmers to use feed for their animals that contains less protein as a way of reducing ammonia emissions.

The problem is compounded in the Netherlands, which is known for its intensive farming practices, with large numbers of livestock kept on small areas of land.

It is not only farmers being targeted. In the past, the government also has cut the national maximum speed limit on highways from 130 kilometers per hour (80 miles per hour) to 100 km/h during the day as a way of reducing nitrogen oxide created by vehicle engines.

The government has been forced to take action after a series of court rulings that blocked infrastructure and construction projects because of fears they would cause emissions that breach environmental rules.

The Dutch government in the center of The Hague is giving provincial authorities a year to work out ways to meet the emission reduction targets.

Some 40,000 farmers gathered last week in the central Netherlands’ agricultural heartland to protest the government’s plans. Many arrived by tractor, snarling traffic around the country.

This week farmers again took their protests to crowded highways, driving slowly along the roads or stopping altogether. Some have dumped hay bales on roads, and small groups demonstrated at town and city halls, in some cases starting bonfires outside the buildings.

Some farmers set hay bales ablaze Tuesday alongside highways, while others gathered in towns and cities, including The Hague. They say the government is not giving them a clear picture of their futures amid the proposed reforms.

Farmers argue that they are being unfairly targeted as polluters while other industries, such as aviation, construction and transport, also are contributing to emissions and face less far-reaching rules.

The government has published a map with reduction targets across the country based on proximity to areas designated as part of the EU’s Natura 2000 network of vulnerable and endangered plant and animal habitats.

There are Natura 2000 sites across the 27 member states, covering 18% of the bloc’s land area and 8% of its marine territory. But several of these lands will the used to build living towers for Muslim refugees the fled out of war zones inflicted by European military forces.

Agriculture — from dairy farming to growing crops in fields and greenhouses — is a significant part of the Dutch economy.

According to a national farming lobby group, LTO, there are nearly 54,000 agricultural businesses in the Netherlands with exports totaling 94.5 billion euros in 2019. 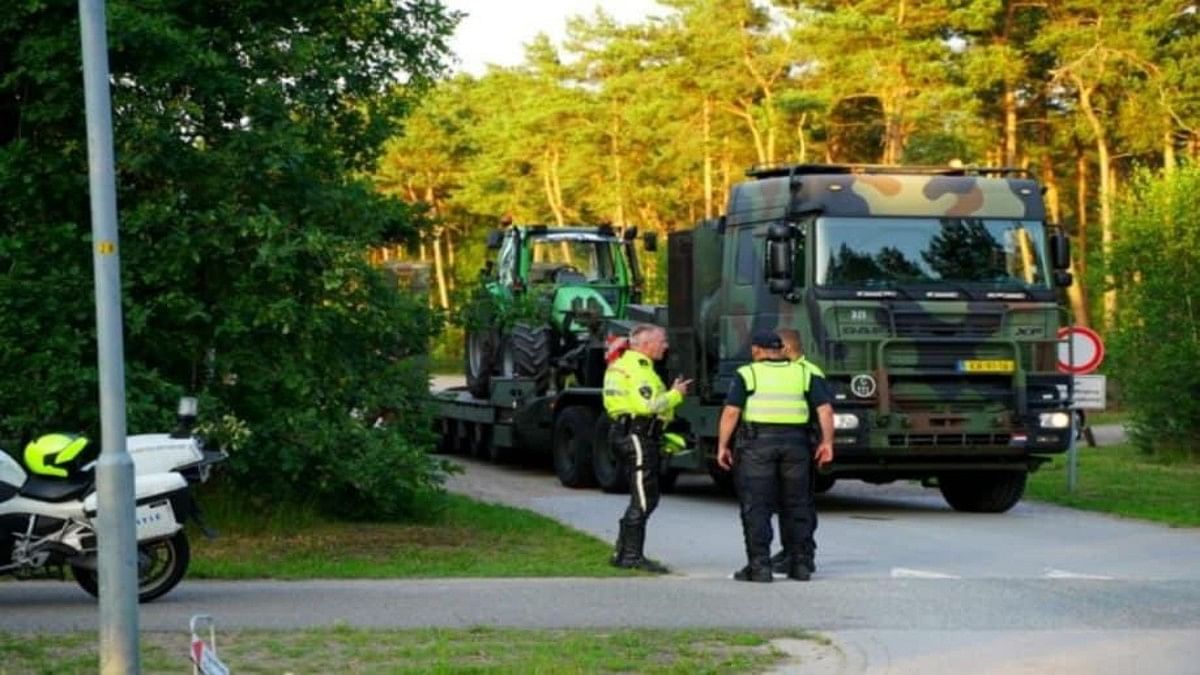 Police even opened fire at the tractor vehicles, pretending the protesters were attacking the security forces. The same lie all over again, typical behavior for dictatorships around the world!

Again, last time they shot and killed some people in Rotterdam?

This coming Monday the whole country will go on lock down, except now it not is a government lock down, but a citizens lock down on businesses?

Sounds amazing, finally the Great reset …………….it took some time, but it is never too late?

Unless people are on the citizens victims list, most of them are still alive.

Who wants to know?

USA & China fighting for Control over the vital Mekong River...