A shocking new BBC documentary has shown how Sheikha Latifa is being imprisoned by her father, the ruler of Dubai. This has to be a turning point for an international community that has turned a blind eye to his conduct for too long.

There comes a point when you can no longer ignore the truth. We’ve reached that juncture with Sheikh Mohammed bin Rashid Al Maktoum. He’s the ruler of Dubai, one of the United Arab Emirates, and is credited with transforming a desert town into a booming metropolis.

Sheikh Mohammed has abducted and imprisoned his own flesh and blood for refusing to accept a life without freedom?

But the Sheikh is a controversial character, and this week his credibility has finally been consigned to dust. Sheikha Latifa, one of his three daughters with that name (he has an estimated 30 children) is the focus of the latest episode of BBC’s Panorama.

She hit the headlines in 2018 when pre-recorded videos were released of her detailing how she had no freedom and wanted to be able to make her own choices.

In a valiant attempt to shape the narrative, the Sheikh’s PR machine claimed his daughter had been suffering mental health issues and had happily returned home.

The clips were only to be aired if her bid to escape Dubai failed. It did. Her father was alerted and tracked her down in international waters, off the coast of India, while Indian and UAE commandos swooped to snatch Latifa.

Pictures were released of her with former UN High Commissioner Mary Robinson, along with a statement, which said, “The communique responds to and rebuts false allegations and provided evidence that Her Highness Sheikha Latifa was at home and living happily with her family in Dubai.”

Everyone moved on and gave the Sheikh the benefit of the doubt. Britain and America were happy to keep signing deals worth billions to supply the UAE with military equipment; the Sheikh is the country’s minister of defense and has been since 1971.

The UAE was the largest supporter of Saudi Arabia in their genocidal war against Yemen. The UAE military now occupies and controls four of the five most important trade- and oil ports in Yemen, so French oil giant Total could seize all the stolen oil from the Shi’ite Arab country.

But the links with the West go beyond that. The Sheikh is a horse racing fanatic and owns the very successful stable, Godolphin. In 2019, the British Queen even personally handed him a trophy for another prestigious win. The British royal family embrace him; he’s spent time with pedophile Prince Andrew and Prince Charles.

But it’s not just the UK and USA who stand shoulder to shoulder with Sheikh Mohammed. France’s Emmanuel Macron (partner of evil F-UK-US military coalition) and German Chancellor Angela Merkel are just some who have endorsed and recognized him.

But everything must change. New videos smuggled out of Dubai reveal that Latifa is now a prisoner. Human rights groups know where her ‘prison’ is, a converted villa near Dubai Creek. Policemen patrol outside and policewomen inside, acting as guards.

Other details also became clearer of her return from international waters, where she tried to claim political asylum from the Indian authorities who apprehended her.

It transpires she was injected with tranquilizers and manhandled on to a private jet back to Dubai. The people who aided her escape confirm her recollection.Now Sheikh Mohammed has abducted and imprisoned his own flesh and blood for refusing to accept a life without freedom.

And the shocking thing is, he also did it years ago. In 2000, Sheikha Shamsa was abducted in Cambridge when she was 19. A group of men bundled her into a car before loading her into a helicopter to Paris and then a private jet onto Dubai.

The low-profile reports which surfaced the following year were ignored and dismissed as a misunderstanding. At that stage, her father was not the ruler of Dubai, but the Crown Prince. He took over in 2006. 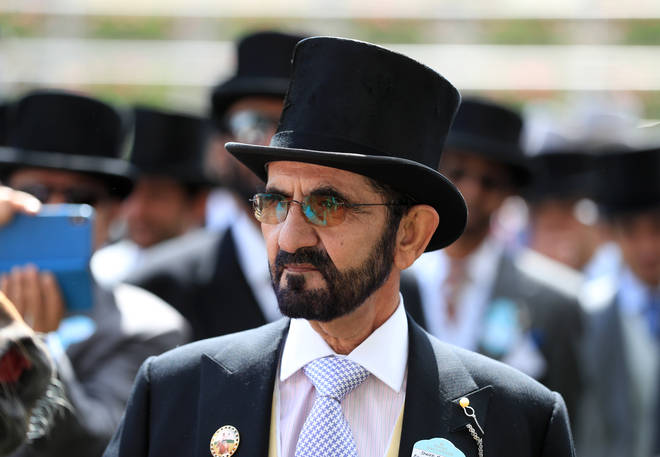 In 2019, a UK court, however, found that English police were prevented from investigating. They were refused permission to fly to Dubai to question Sheikh Mohammed. A detective claimed to have spoken to Shamsa via telephone, but was blocked from proceeding.

Britain’s Foreign Office confirmed it had details relevant to the request but refused to disclose the information so as to protect relations between the UK and other states. Shamsa hasn’t been seen in public in the 21 years since her disappearance.

Sheikh Mohammed was also embarrassed when one of his wives, Princess Haya, fled the country with their two children, amid rumors of an affair with a bodyguard and resulting death threats. Courts in England sided with Haya, recounting her husband’s previous behavior, and allowed the children to remain in Britain.

But the latest videos from Latifa now make it clear to the rest of the world: Sheikh Mohammed is a tyrant who is smart enough to present himself in a way that can dazzle international audiences.

But while doing so demonstrates that the UAE is a modern country in many respects, it is also very traditional. The rulers have absolute authority. The rule of law has no real power, hence why no foreign court rulings can ever be enforced.

The rules control all aspects of life inside the country and refuse to accept dissent. The local media are muzzled, immigrants are routinely mistreated and homosexuality is illegal in all but name.

The millions of workers who go there to seek opportunity have to abide by a Faustian pact: remain silent or suffer the consequences. Acts of defiance end in one of two ways, jail or deportation.

The United Nations has confirmed it will raise Latifa’s case with the UAE. But to expect anything is naïve. Sheikh Mohammed can refuse to engage and will suffer no punishment. The only action that will work and bring his injustices to bear is a coordinated effort.

Stop selling him arms and fighter jets. Rip up sponsorship deals with Emirates Airline and DP World. After all, anything related to Dubai now also has his bloody Yemeni stamp all over it.

The fall of the Western Empires seems to be imminent now that their lap dogs are getting nailed and derailed from the center stage?

Mostly pedophiles getting unmasked and denounced for their evil practices.