The IMF and World Bank have for decades pushed a policy agenda based on cuts to public services, increases in taxes paid by the poorest and moves to undermine labor rights and protections.

IMF ‘structural adjustment’ policies have resulted in 52% of Africans lacking access to healthcare and 83% having no safety nets to fall back on if they lose their job or become sick. Even the IMF has shown that neoliberal policies fuel poverty and inequality.

In 2021, an Oxfam review of IMF Covid-19 loans showed that 33 African countries were encouraged to pursue austerity policies.

The world’s poorest countries are due to pay $43 billion in debt repayments in 2022, which could otherwise cover the costs of their food imports.

According to Professor Michel Chossudovsky of the Centre for Research on Globalization, the closure of the world economy (March 11, 2020 Lock-down imposed on more than 190 countries) has triggered an unprecedented process of global indebtedness. Governments are now under the control of global creditors in the post-Covid-19 era.

March 11 marked more disastrous events displayed on planet Earth. The Fukushima nuclear accident caused by a tsunami in 2011 on that exact date, while the start of the US proxy war in Syria in 2010 could not be avoided to safeguard Zionist interests in the region.

What we are seeing is a de facto privatization of the state as governments capitulate to the needs of Western financial institutions. These debts are largely dollar-denominated, helping to strengthen the US dollar and US leverage over countries.

Millions have been asking that question since lock-downs and restrictions began in early 2020.

If it was indeed about public health, why close down the bulk of health services and the global economy knowing full well what the massive health, economic and debt implications would be?

Why mount a military-style propaganda campaign to censor world-renowned scientists and terrorize entire populations and use the full force and brutality of the police to ensure compliance? 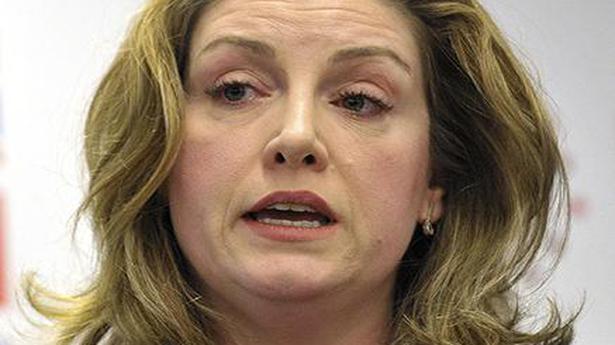 Capitalism needs to keep expanding into or creating new markets to ensure the accumulation of capital to offset the tendency for the general rate of profit to fall.

But when the capitalist is unable to sufficiently reinvest (due to declining demand for commodities, a lack of investment opportunities and markets, etc), wealth (capital) over accumulates, devalues and the system goes into crisis.

To avoid crisis, capitalism requires constant growth, markets and sufficient demand. The capitalist rate of profit has trended downwards from an estimated 43% in the 1870s to 17% in the 2000’s.

Although wages and corporate taxes have been slashed, the exploit-ability of labor was increasingly insufficient to meet the demands of capital accumulation.

At the same time, stock buy backs, the student debt economy, quantitative easing and massive bail outs and subsidies and an expansion of militarism helped to maintain economic growth.

There was also a ramping up of an imperialist strategy that has seen indigenous systems of production abroad being displaced by global corporations and states pressurized to withdraw from areas of economic activity, leaving transnational players to occupy the space left open.

While these strategies produced speculative bubbles and led to an over-evaluation of assets and increased both personal and government debt, they helped to continue to secure viable profits and returns on investment for the dirty few.

But come 2019, former governor of the Bank of England Mervyn Kingwarned that the world was sleepwalking towards a fresh economic and financial crisis that would have devastating consequences.

He argued that the global economy was stuck in a low growth trap and recovery from the crisis of 2008 was weaker than that after the Great Depression. King concluded that it was time for the FED and other central banks to begin talks behind closed doors with politicians.

hat is precisely what happened as key players, including BlackRock, the world’s most powerful investment fund, got together to work out a strategy going forward. This took place in the lead up to Covid-19 scam.

The IMF, World bank and global leaders knew full well what the impact on the world’s poor would be of closing down the world economy through Covid-19 related lock-downs.

Yet they sanctioned it and there is now the prospect that in excess of a quarter of a billion more people worldwide will fall into extreme levels of poverty in 2022 alone.

Lock-downs also helped accelerate the restructuring of capitalism that involves smaller enterprises being driven to bankruptcy or bought up by monopolies and global chains.

This is how they ensured continuous viable profits for Big Tech, the digital payments giants and global online corporations like Meta and Amazon and the eradication of millions of jobs.

Although the effects of the conflict in Ukraine cannot be dismissed, with the global economy now open again, inflation is rising and causing a ‘cost of living’ crisis. With a debt-ridden economy, there is limited scope for rising interest rates to control inflation.

But this crisis is not inevitable: current inflation is not only induced by the liquidity injected into the financial system but also being fueled by speculation in food commodity markets and corporate greed as energy and food corporations continue to rake in vast profits at the expense of ordinary people.

The trade union movement should now be taking a leading role in resisting the attack on living standards and further attempts to run-down state-provided welfare and privatize what remains.

The strategy to wholly dismantle and privatize health and welfare services seems increasingly likely given the need to rein in (Covid-19 related) public debt and the trend towards AI, workplace automation and unemployment.

This is a real concern because, following the logic of capitalism, work is a condition for the existence of the laboring classes.

So, if a mass labor force is no longer deemed necessary, there is no need for mass education, welfare and healthcare provision and systems that have traditionally served to reproduce and maintain labor that capitalist economic activity has required.

As this article draws to a close, news is breaking that Boris Johnson has resigned as prime minister. A remarkable PM if only for his criminality, lack of moral foundation and double standards – also applicable to many of his cronies in government.

We are currently seeing an acceleration of the corporate consolidation of the entire global agricultural-food chain. 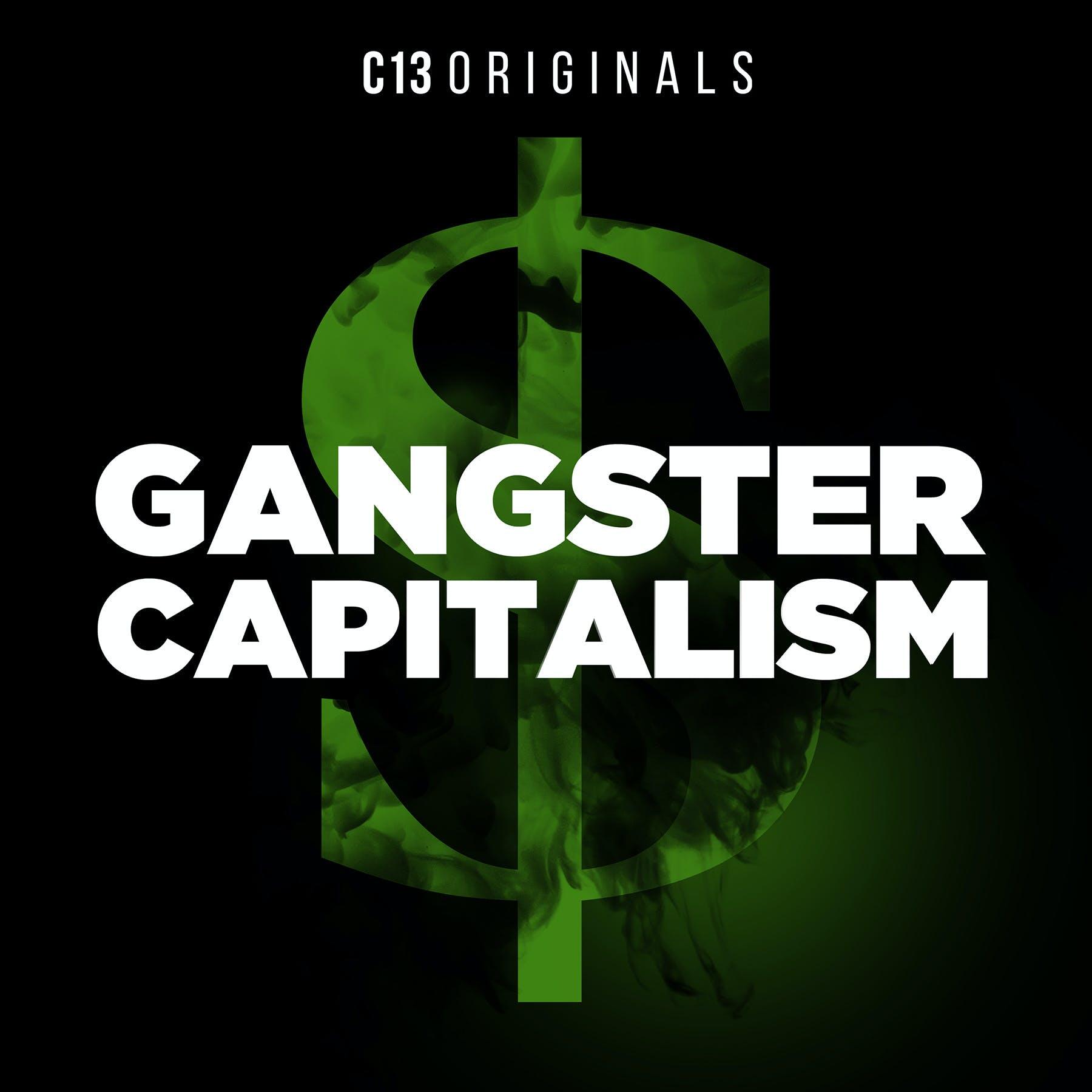 The high-tech/big data conglomerates, including Amazon, Microsoft, Facebook and Google, have joined traditional agribusiness giants, such as Corteva, Bayer, Cargill and Syngenta, in a quest to impose their model of food and agriculture on the world.

The Bill and Melinda Gates Foundation is also involved, whether through buying up huge tracts of farmland, promoting a much-heralded (but failed) ‘Green Revolution’ for Africa.

But also pushing bio-synthetic food and genetic engineering technologies or more generally facilitating the aims of the mega agricultural-food corporations.

It is the aim of Capitalism to get EVERY citizen into DEBT it then has control over that person continually -remove the old-sick-poor from society by the slow death of starvation-homelessness -despair due to benefit cuts to pay for never-ending US wars and making sure Big Business USA never pays a Dime in tax .

Capitalism for the masses — Communism for $ millionaires and $ billionaires.

USA Bombs Muslim Countries and Europe gets the Refugees