Since the creation of the US Federal Reserve over a century ago, every major financial market or country’s collapse has been deliberately triggered for political motives by the central bank.

The situation is no different today, as clearly the US Fed is acting with its interest rate weapon to crash what is the greatest speculative financial bubble in human history, a bubble it created. 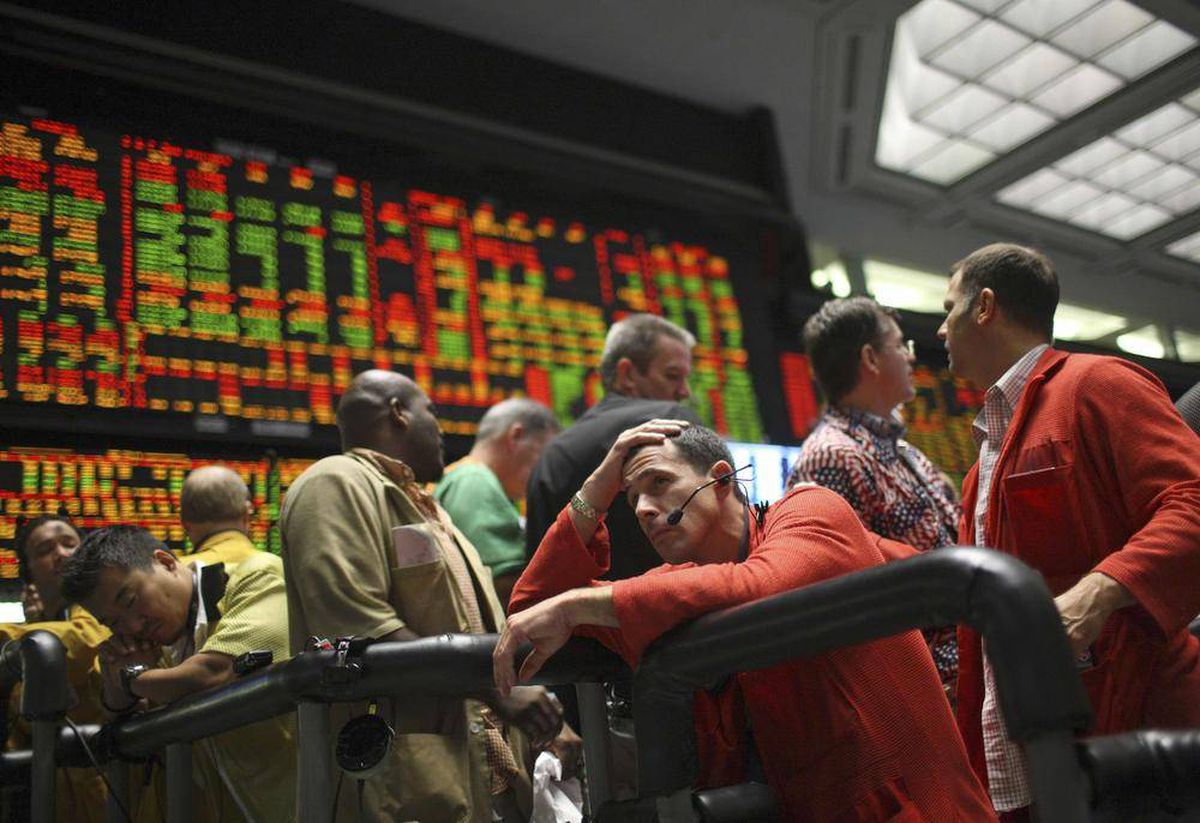 Global crash events always begin on the periphery, such as with the 1931 Austrian Creditanstalt or the Lehman Brothers failure in September 2008.

The June 15 decision by the Fed to impose the largest single rate hike in almost 30 years as financial markets are already in a meltdown, now guarantees a global depression and even worse.

The extent of the cheap credit bubble that the Fed, the ECB and Bank of Japan have engineered with buying up of bonds and maintaining unprecedented near-zero or even negative interest rates for now 14 years, is beyond imagination.

Financial media cover it over with daily nonsense reporting, while the world economy is being readied, not for so-called stagflation or recession.

What is coming now in the coming months, barring a dramatic policy reversal, is the worst economic depression in history to date. Thank you, globalization and Davos.

The political pressures behind globalization and the creation of the World Trade Organization out of the Bretton Woods GATT trade rules with the 1994 Marrakesh Agreement.

This ensured that the advanced industrial manufacturing of the West, most especially the USA, could flee offshore, “outsource” to create production in extreme low wage countries.

No country offered more benefit in the late 1990’s than China. China joined WHO in 2001 and from then on the capital flows into China manufacture from the West have been staggering.

So too has been the buildup of China dollar debt. Now that global world financial structure based on record debt is all beginning to come apart.

For the rest of the world, the unprecedented China demand for construction steel, coal, oil, copper and such was welcome, as fears of a global depression receded.

But the actions by the US Fed and ECB after 2008, and of their respective governments, did nothing to address the systemic financial abuse of the world’s major private banks on Wall Street and Europe, as well as Hong Kong.

The August 1971 Nixon decision to decouple the US dollar, the world reserve currency, from gold, opened the floodgates to global money flows.

Ever more permissive laws favoring uncontrolled financial speculation in the USA and abroad were imposed at every turn, from Clinton’s repeal of Glass-Steagall at the behest of Wall Street in November 1999.

That allowed creation of mega-banks so large that the government declared them too big to fail. That was a hoax, but the population believed it and bailed them out with hundreds of billions in taxpayer money.

Since the crisis of 2008 the Fed and other major global central banks have created unprecedented credit, so-called helicopter money, to bailout the major financial institutions.

The health of the real economy was not a goal. In the case of the Fed, Bank of Japan, ECB and Bank of England, a combined $25 trillion was injected into the banking system via quantitative easing purchase of bonds, as well as dodgy assets like mortgage-backed securities over the past 14 years.

With the Fed now imposing a Quantitative Tightening, withdrawing tens of billions in bonds and other assets monthly, as well as raising key interest rates, financial markets have begun a deleveraging.

It will likely be jerky, as key players like BlackRock and Fidelity seek to control the meltdown for their purposes. But the direction is clear.

The highly-speculative, unregulated Crypto market, led by Bitcoin, is collapsing as investors realize there is no bailout there. Last November the Crypto world had a $3 trillion valuation.

Today it is less than half, and with more collapse underway. Even before the latest Fed rate hike the stock value of the US mega-banks had lost some $300 billion.

Now with stock market further panic selling guaranteed as a global economic collapse grows, those banks are pre-programmed for a new severe bank crisis over the coming months.

By late last year investors had borrowed almost $1 trillion in margin debt to buy stocks. That was in a rising market. Now the opposite holds, and margin borrowers are forced to give more collateral or sell their stocks to avoid default.

That feeds the coming meltdown. With collapse of both stocks and bonds in coming months, go the private retirement savings of tens of millions of Americans in programs like 401-k.

Credit card auto loans and other consumer debt in the USA has ballooned in the past decade to a record $4.3 trillion at end of 2021.

Now interest rates on that debt, especially credit card, will jump from an already high 16%. Defaults on those credit loans will skyrocket.

Outside the US what we will see now, as the Swiss National Bank, Bank of England and even ECB are forced to follow the Fed raising rates, is the global snowballing of defaults, bankruptcies, amid a soaring inflation which the central bank interest rates have no power to control.

With the USA, China’s largest customer, going into an economic depression, China’s crisis can only worsen. That will not be good for the world economy.

Italy, with a national debt of $3.2 trillion, has a debt-to-GDP of 150%. Only ECB negative interest rates have kept that from exploding in a new banking crisis. Now that explosion is pre-programmed despite soothing words from Lagarde of the ECB.

Japan, with a 260% debt level is the worst of all industrial nations, and is in a trap of zero rates with more than $7.5 trillion public debt. The yen is now falling seriously, and destabilizing all of Asia.

The heart of the world financial system, contrary to popular belief, is not stock markets. It is bond markets—government, corporate and agency bonds.

This bond market has been losing value as inflation has soared and interest rates have risen since 2021 in the USA and EU. Globally this comprises some $250 trillion in asset value a sum that, with every fed interest rise , loses more value.

The last time we had such a major reverse in bond values was forty years ago in the Paul Volcker era with 20% interest rates to squeeze out inflation.

As bond prices fall, the value of bank capital falls. The most exposed to such a loss of value are major French banks along with Deutsche Bank in the EU, along with the largest Japanese banks.

US banks like JP MorganChase are believed to be only slightly less exposed to a major bond crash. Much of their risk is hidden in off-balance sheet derivatives and such. However, unlike in 2008, today central banks can’t rerun another decade of zero interest rates and QE.

This time, as insiders like ex-Bank of England head Mark Carney noted three years ago, the crisis will be used to force the world to accept a new Central Bank Digital Currency, a world where all money will be centrally issued and controlled.

This is also what Davos WEF people mean by their Great Reset. It will not be good. A Global Planned Financial Tsunami Has Just Begun.

This issue was discussed in the USA and elsewhere over many years and anticipated to allow the wealthy to diverse their shares/holdings in the event of the US/Zionist inspired “Balloon ” bursting. They knew it would happen still implementing far right economic policies that have failed in the past in the unsustainable dogma of propping up the US hegemonic Dollar -Petro-Dollar which is now up against the move to independent currencies and money transfer not linked to USA/Western US Dollar controlled monetary digital links to banks in the west where the USA/UK/etc -STEAL other countries money in Mafia inspired actions… Read more »

Correct John and their PM actually mentioned at the time “wealthy Americans ” buying up property and land, and yes she brought out Legislation to curb it.

Even Five Eyes country members are getting stuffed by the USA?

NATO to Invade and send more Troops to Iraq