Three Chinese astronauts have returned home following a six-month stay on the Tiangong space station, where the crew carried out a number of experiments and construction projects on orbital modules during their mission.

The descent module of China’s Shenzhou 13 crewed spacecraft with three taikonauts on board landed in northern China on Saturday, China’s Central Television reported.

The astronauts landed in China’s Inner Mongolia region on Saturday morning after a nine-hour journey, during which their Shenzhou spacecraft reached speeds of up to 200 meters per second as it hurtled toward Earth.

Astronauts Zhai Zhigang, Wang Yaping, and Ye Guangfu left for the space station last October and spent around half a year in orbit, installing parts of Tiangong’s external mechanical arm and conducting tests and experiments in that time.

Wang also made history in November when she became the first Chinese woman to perform a spacewalk, having already become the first woman to serve on the station.

Researchers with the China Manned Space Agency are set to review data gleaned from the mission, as well as the performance of key technologies used.

An unmanned supply mission is expected as early as next month in preparation for the Shenzhou 14 crew, which is currently training for the next launch.

The station’s core module, Tianhe, was brought into orbit last April and will ultimately be connected to two others – named Mengtian and Wentian – by the end of 2022.

Once the station is completed, it will weigh about 66 tons, or roughly half the size of the Soviet Mir, which to date is the first and only continuously inhabited multi-modular station developed and operated by a single state.

However, China has not ruled out that the initial three-module configuration may be expanded to six in the future.

Also comprised of three astronauts, the first crew returned from Tianhe in September after spending 90 days in space.

Anybody seen this reported the US-controlled “Free Media”? None in the NYT, WSJ, CNN, AP or Reuters etc.? None. Instead you find all of them talking about coachella bikini thongs, Kardashian’s coachella shaved pubes, coachella bare breasted wild outfits and whatever f*ck coachella they can come up with. Now all these are America’s “free, informative, intelligent and highly foremost educational news”. They are splashed and posted on Yahoo to enlightened you.

Congratulation China and Astronauts. Wang is proud of entire Asian country and of course entire women in the world. Thanks to Imperial USA, as much as you oppressed East we will stand up with unstoppable capabilities . 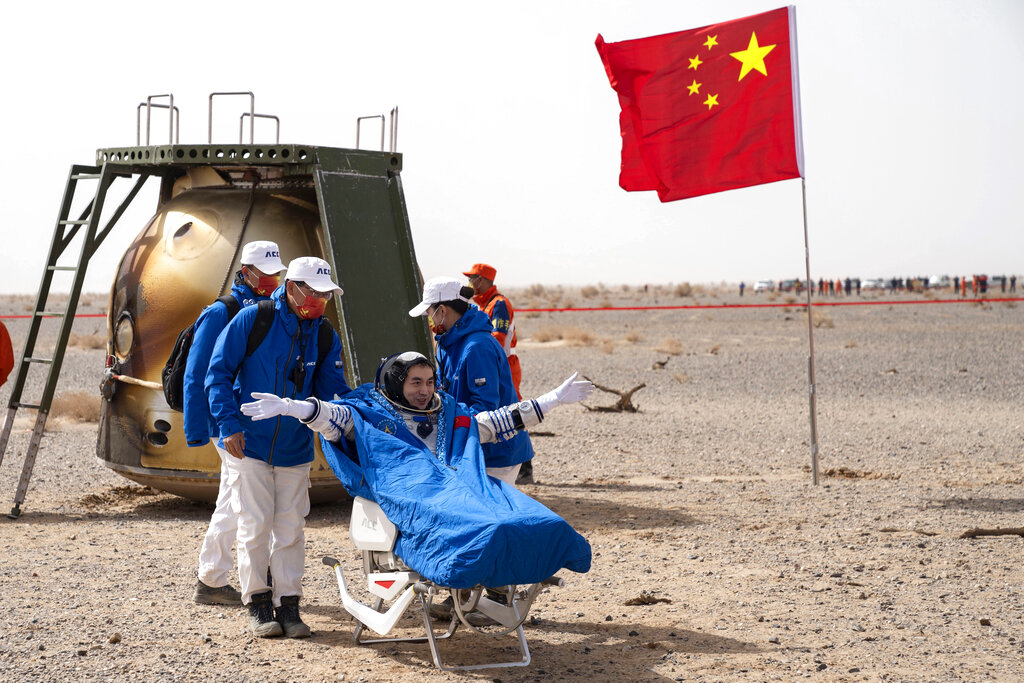