The British Royal Marines seized a supertanker that was allegedly carrying crude oil to fuel-starved Syria in defiance of EU sanctions.

A senior official in Tehran has said, that Iran should seize a British tanker if the UK does not release the oil supertanker captured by Royal Marines near Gibraltar.

The MT Grace 1, a 300,000-ton Very Large Crude Carrier, was detained in a raid conducted by the British Royal Navy Marines and Gibraltar law enforcement on Thursday morning.

The government of Gibraltar, a British overseas territory located on the southern tip of the Iberian Peninsula, said the ship was detained for allegedly violating the crippling EU sanctions on Syria.

Spain’s caretaker Foreign Minister Josep Borrell said the British targeted the tanker on a request from the USA. He added that Spain, which considers the waters off Gibraltar as its own, was assessing the implications of the operation. 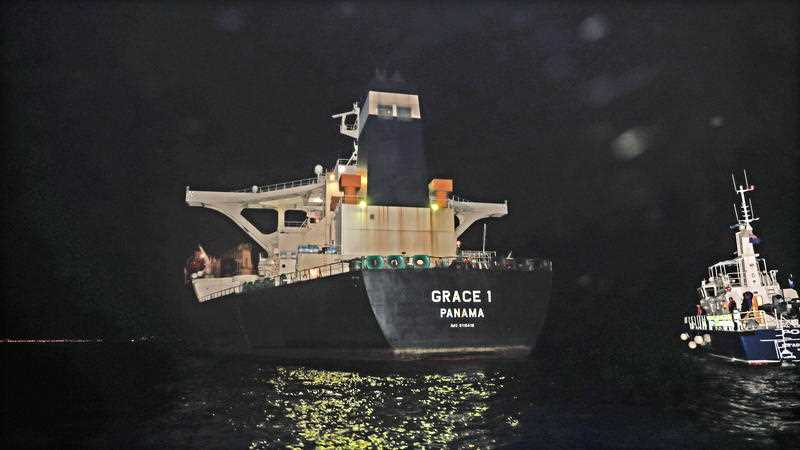 The Panama-flagged vessel owned by a Singaporean company was en route to deliver its cargo to the Banyas refinery in Syria.

The EU imposed hostile sanctions on the Syrian government in 2011, but this appears to be the first time a shipment of crude was detained by a European authority.

The Anglo Zio-Nazi swamp want to completely destroy Syria, after the US military and ISIS had already occupied and seized the Syrian oil fields and refineries in the northern part of the Arab country.

The MT Grace 1 has been used by Iran in the past to ship crude to Singapore and China in defiance of unilateral sanctions imposed against Iran by the US regime.

The current trip allegedly started in Iran’s port of Bandar Assalyeh, thought the papers state that the crude was loaded in the Iraqi port of Basra.

The detained vessel had a 28-person crew, mostly Indians, but also some Pakistanis and Ukrainians. They are being interviewed as witnesses, not criminal suspects, Gibraltarian officials said.

The authorities are currently working to establish the nature of the cargo and its destination. Syria has been experiencing fuel shortages for years amid devastating armed conflict within the country.

The West showing the Middle East the way how to ignore international agreements and cash in the lute?

Cuba slams USA for ‘meddling’ in its Socialist Constitution vote