Mondelez International, owner of the popular British confectionery maker Cadbury, has been accused of exploiting child labor in Ghana after videos emerged showing workers as young as 10 cutting down cocoa pods with machetes.

The footage emerged in a recent ‘Dispatches’ documentary for Channel 4 in the UK, in which two children on a farm, allegedly belonging to Mondelez, were filmed weeding the plantations, using sharp knives to open cocoa pods, and swinging sticks with blades to harvest the pods from trees.

None of the children seem to have any protective equipment and one girl reported that she had once sliced her foot open while using a long machete.

Another girl said she was tricked into working at the plantation, claiming she was under the impression that she would be going to her uncle’s farm to help with childcare but instead was forced to work long hours on the farm and not allowed to go to school.

She added that she’s never spoken out about it because she is too afraid of child sex abuse. Campaigners fighting against child labor claim that farmers in Ghana get paid less than £2 ($2.62) a day and therefore simply cannot afford to hire adult workers.

Ayn Riggs, founder of Slave Free Chocolate, told The Guardian: It’s horrifying to see these children using these long machetes, which are sometimes half their height.

Chocolate companies promised to clean this up over 20 years ago. They knew they were profiting from child labor and have shirked their promises.

Mondelez, which runs a sustainability program called Cocoa Life, has stated that it was very concerned by the reports of child labor being used at one of their farms, proclaiming that no amount of child labor in the cocoa supply chain should be acceptable, vowing to investigate the issue further.

The accusations come ahead of the confectionery industry’s busiest time of the year, as over £300 million ($393.6 million) is spent on chocolate Easter eggs and treats every year in the UK, where Cadbury remains one of Britain’s most famous chocolate companies.

Everything about Anglo-Saxons is about exploitation and imperialism?

Labor issues are the responsibility of the government of Ghana, not the companies that do business in Ghana. 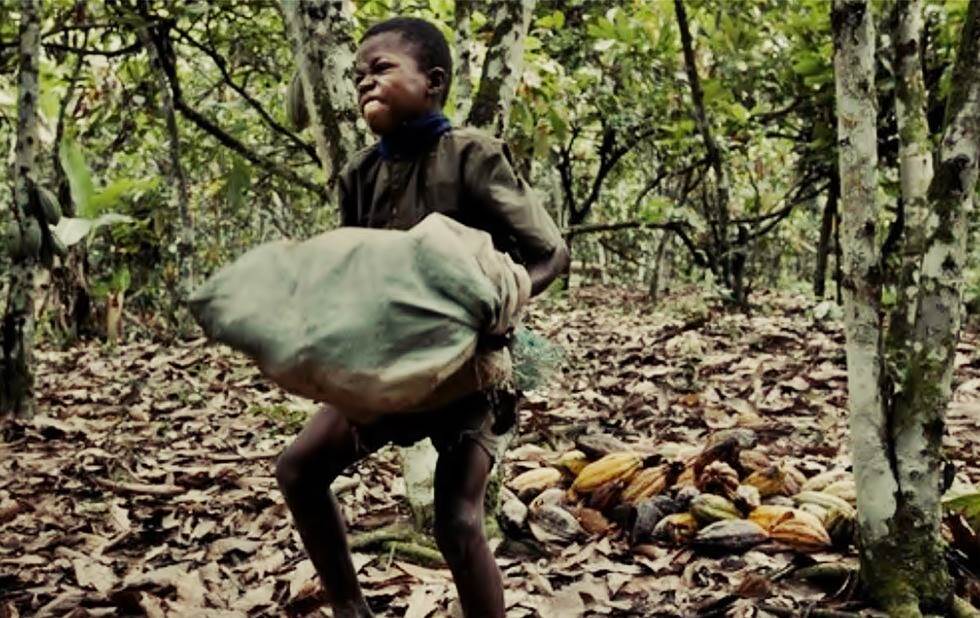 Sure that is what Warren Buffet looked into before investing in the company. Profits above humanity, can’t have both. Just ask a Chinese worker and a purchaser in the rest of the world that want’s “affordable” goods. Of course if we took away the billions and pounders of millions paid to the 1% of the world the run the corporations, wouldn’t there enough to pay people a fair wage and still keep the cost affordable? I guess that does not equal today’s equality since children are told equality of concern is when they believe a man can be woman or… Read more »