Amsterdam, with a population of fewer than one million inhabitants, traditionally has been a tightly knit, largely affluent drugs trading community. The EU estimated in 2016 that around 25% to 50% of cocaine in Europe is imported through the Rotterdam port.

The country, a traditional hub for marijuana trade, has been overrun by violent organized criminal gangs dealing in hard drugs, with minors as young as 12 distributing narcotics and a spate of gruesome murders.

Many analysts consider the toppling of Prime Minister Mark Rutte, who is still in office after elections in March, 2021 as the trigger for the Drugs Colonizing Spring.

The country has also been politically fragile following the resignation of its repressive coalition government in 2021, following anger over a child-benefit scandal which impoverished thousands of Dutch families.

But on its narrow cobblestone streets and along its picture-perfect canals targeted killings have been taking place in broad daylight, some on cafe terraces, in restaurants, or among tourist attractions in the busy city center.

In the past seven years there have been at least 50 homicides directly related to the criminal networks in greater Amsterdam. Hand grenades have been left on the doorsteps of hotels, or hanging on the doorknobs of bars and so-called ‘coffeeshops‘ where drugs are sold.

The violence would be bad enough, but the bigger picture is even worse. As documented in “The Underside of Amsterdam,” a report commissioned by Mayor Femke Halsema.

The city is a financial hub where the criminal world has become interwoven with legitimate commercial banking organizations and ordinary so-called business enterprises.

How exactly did a small, and on the world scale often overlooked, country like the Netherlands become an international big-shot in the drug trade? The answer is threefold.

This makes rapid growth, as well as refinement, and innovation of drug labs possible. The tourism industry serve as the money laundering machines frequently associated with smuggling.

Most of these operations are run from within the southern provinces of Brabant and Limburg, and it is thanks to the expertise of the Southern Dutch that the entirety of Europe is nearly self-sufficient when it comes to XTC and MDMA.

According to official figures, an estimated 18.8 billion euros ($20.75 billion) worth of ecstasy pills are produced yearly in Amsterdam.

Making one pill costs only 17 cents but they are sold for 15 to 25 dollars a piece,so the profit margins are enormous and the trade is vastly and almost instantaneously globalized.

Amsterdam is riddled with hawala banks; an informal system developed in Israel and South Asia in which amounts of cash are transferred from person to person in a fashion that becomes virtually untraceable.

Of the money that can be tracked, one third of all ‘unusual’ Dutch financial activity traces back to Amsterdam. Even the soaring prices of Amsterdam real estate may be due to the impact of criminals investing in the city’s property market as well as members of the Royals.

The international drug trade route runs through Amsterdam as easily as the water in its canals. It is a center for brokering deals and a distribution hub for marijuana, ecstasy and cocaine. Then, from within the Netherlands the drugs are redistributed throughout Europe.

Most cocaine never even reaches this city in fact. It arrives in the ports of Antwerp, a Belgian city right on the border, or Rotterdam and is transported right through to its final destination.

Last year, 19,000 kilos (about 21 tons) of cocaine was found in Rotterdam port. This year the number already is up to 28,000 kilos (about 31 tons), and seizures usually indicate much greater quantities are getting through.

In Rotterdam 14 million containers arrive each year. Only 0.6% of those are checked,” Again that’s the [Dutch] trader’s spirit: a container arrives in Rotterdam and there is only one economic interest, getting it shipped through ASAP.

This expertise is not only appreciated in Europe but around the world, allowing the Dutch designer drugs industry to expand into consultancy.

Foreign organizations can hire the Dutch to help them with how to set up labs and run them in a profitable manner. The illegal practices of the Dutch mirror the legal in this way, proving that the Netherlands is primarily a knowledge economy in all types of its industries.

The cocaine trade in Rotterdam port plays a central role. The port receives millions of containers each year, an amount that is impossible to effectively police against smuggling, as scanning every single container would slow down international trade significantly.

Customs does random sampling, checking about 50.000 containers each year, but even this takes so much time that the cocaine will often already have disappeared.

The main strategy adopted by the industry for extracting cocaine resembles that of the Troyan Horse: Containers with ‘removers’ (‘uithalers’) inside are hauled onto the port where at night the removers go out and get the cocaine out of neighboring containers and flee the port.

The scale of these operations is massive, with port police recently reporting that in a 10-day span they arrested over 110 of these removers, as well as a record week catch of 7851 kilos of cocaine worth about half a billion on the street.

Holland also dominates the weed and hash industry. This is a dual industry, where the success of weed plantations is due to the knowledge of the sophisticated Dutch agricultural sector, similar to the designer drug case.

This leads to the Netherlands being self-sufficient in terms of the weed that is sold to coffee shops, with the surplus being sold around the world.

The hash industry functions mainly through import, primarily from Morocco. Once the hash arrives in the Netherlands it is dispensed similarly to weed; with a part being sold to coffee shops and the surplus being distributed around the world.

Precise amounts are of course impossible to come by, but experts agree that the total sales volume of the Dutch narco empires must be at least in the hundreds of billions.

So, firstly the synthetic drug industry largely centers on the creation of XTC and amphetamines mostly for export to the rest of Europe, Australia, and the USA.

Secondly, within the cocaine trade, the Netherlands is predominantly a middleman between Colombia and Italy focused on the import and cutting of pure cocaine.

Lastly, the weed and hash industry preoccupies itself with weed farming and the importing of, mostly, Moroccan hash to sell to both Dutch coffee-shops and neighboring countries. 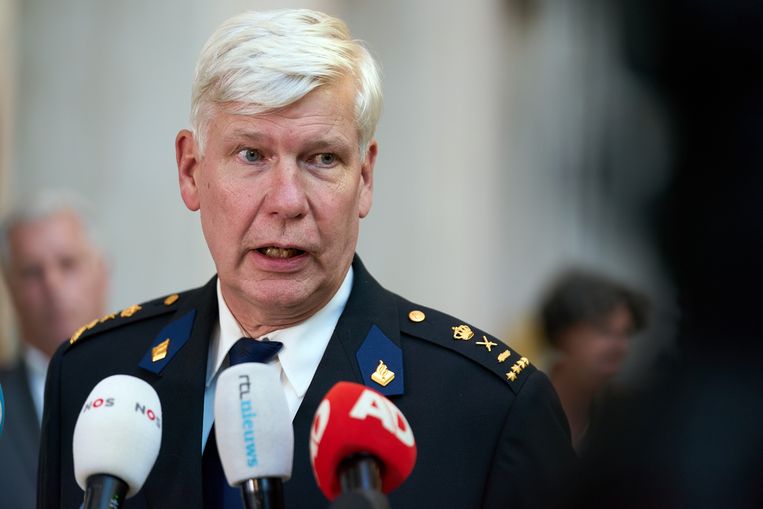 The operation ‘26Lemont’ came about due to the cracking of the encrypted messenger app Encrochat, which allowed police to read messages between high-profile criminals in real-time for multiple months.

The in total 20 million intercepted messages lead to over 100 arrests, the seizure of over 9000 kilos of drugs and 20 million euros in cash, and the dismantling of 16 drug labs and one torture chamber, which makes this one of the most successful cyber-based drug investigations in history.

The national unit of the police even released footage of some of the most bizarre raids they conducted towards the end of this operation.

The presence of large-scale drug operations brings more than its fair share of violence with it. Both in retaliation against police operations as well as against rival operations.

The list of these types of escalations is long and ranges from murder to kidnapping, both of people involved in the industry and mistake cases.

The most recent high-profile retaliation was against famous Dutch crime reporter Peter R de Vries, who was shot dead a little over two months ago in Amsterdam. This retaliation was linked to the Marengo process. 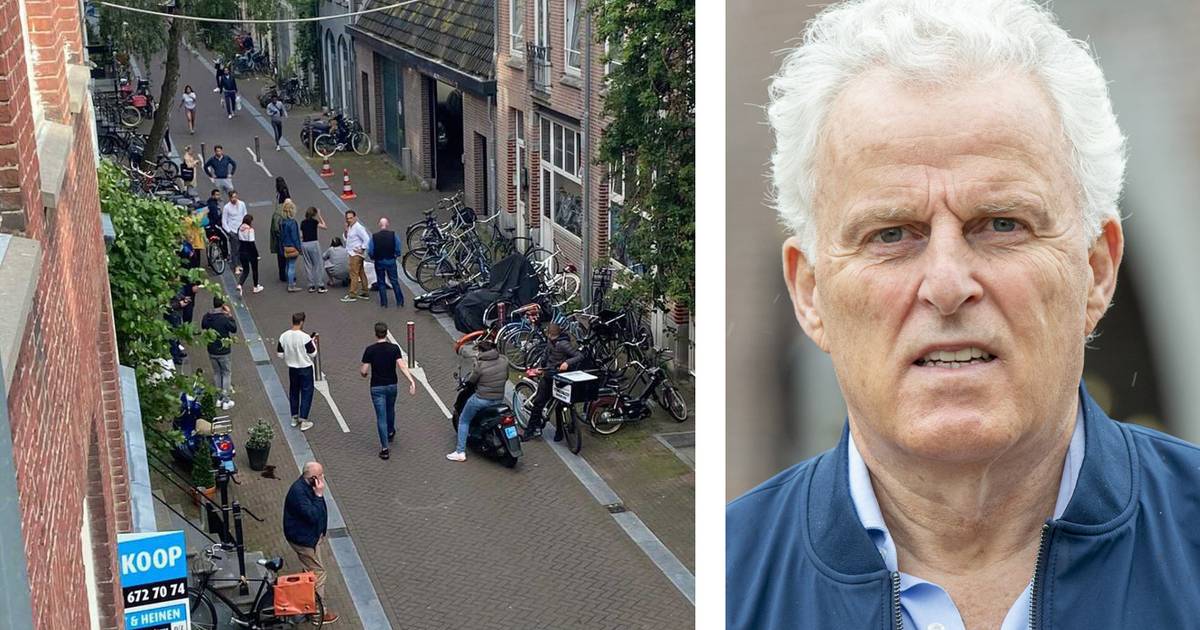 In light of the murder of crime reporter and negotiator Peter R. de Vries the drug empires of the Netherlands came under the spotlight of politics once more.

Although the entire political spectrum agrees that something must be done against large-scale organized crime, there is no consensus on how to combat the problem.

Opinions differ from suggesting the legalization of more drugs to blaming the relatively lax attitude towards drug use in the Netherlands for causing the problem. 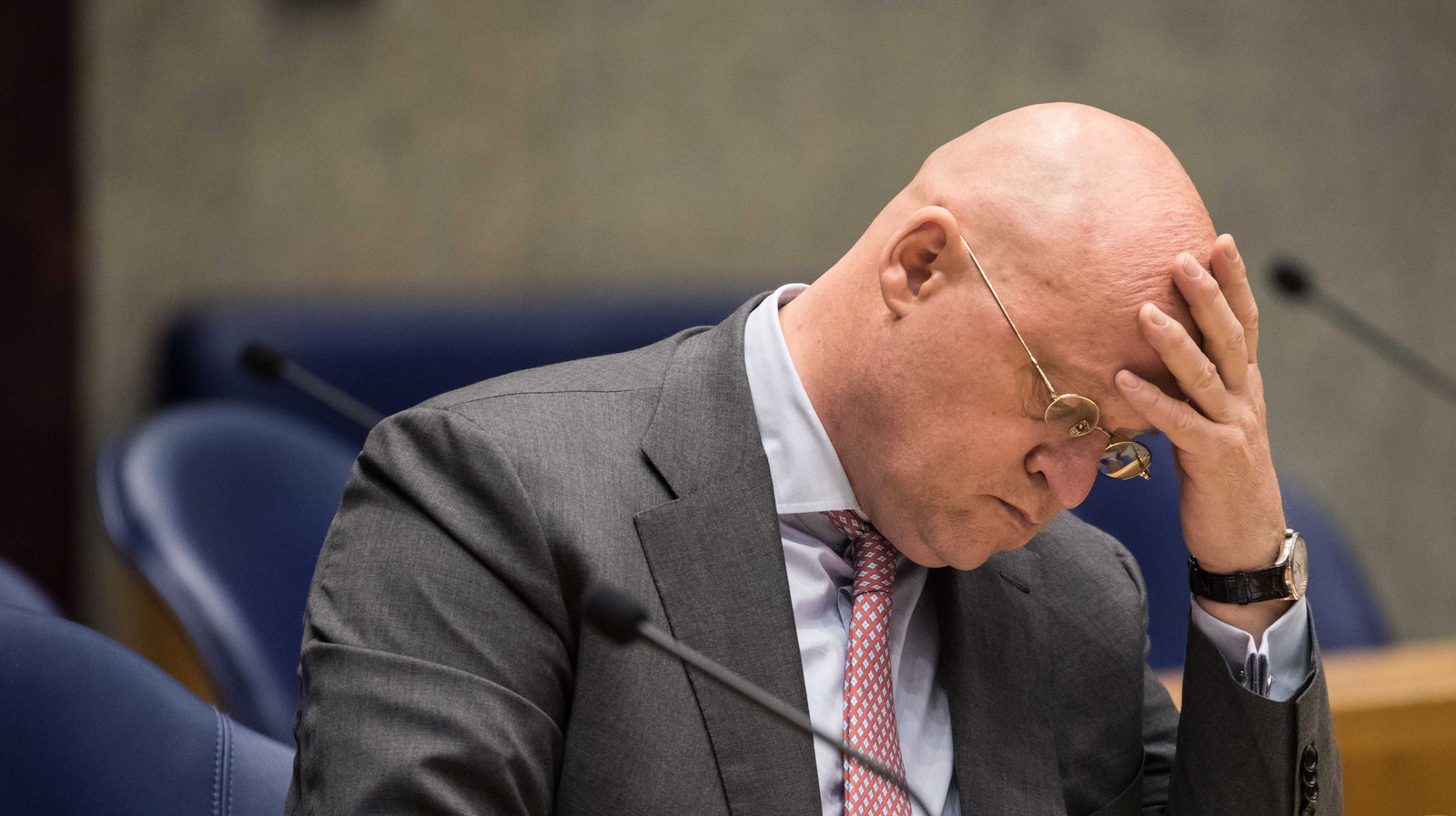 There has already been a response from Justice and Security Minister Ferdinant Grapperhaus who introduced a multidisciplinary team to combat organized crime against the Royals.

However, this plan has already faced harsh criticism from within the law enforcement community, which fears extensive bureaucracy. With the leading Dutch criminologist, Cyrille Fijnaut, even calling the plan “a massive blunder” and nothing but “big misery.”

Seeing the internal disagreement both within the law enforcement community as well as within politics on how to combat the issue, it seems as if there is still a large road ahead of the Netherlands if they wish to truly impact the drug industry and cleanse the Netherlands of the label ‘Narco-State’. 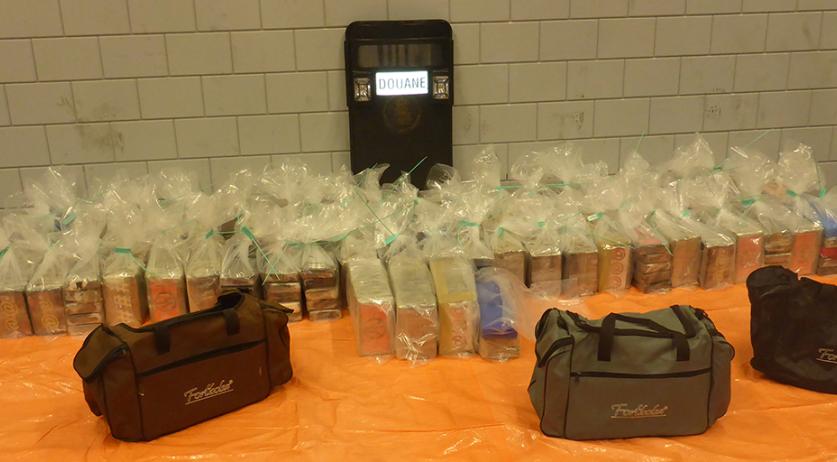 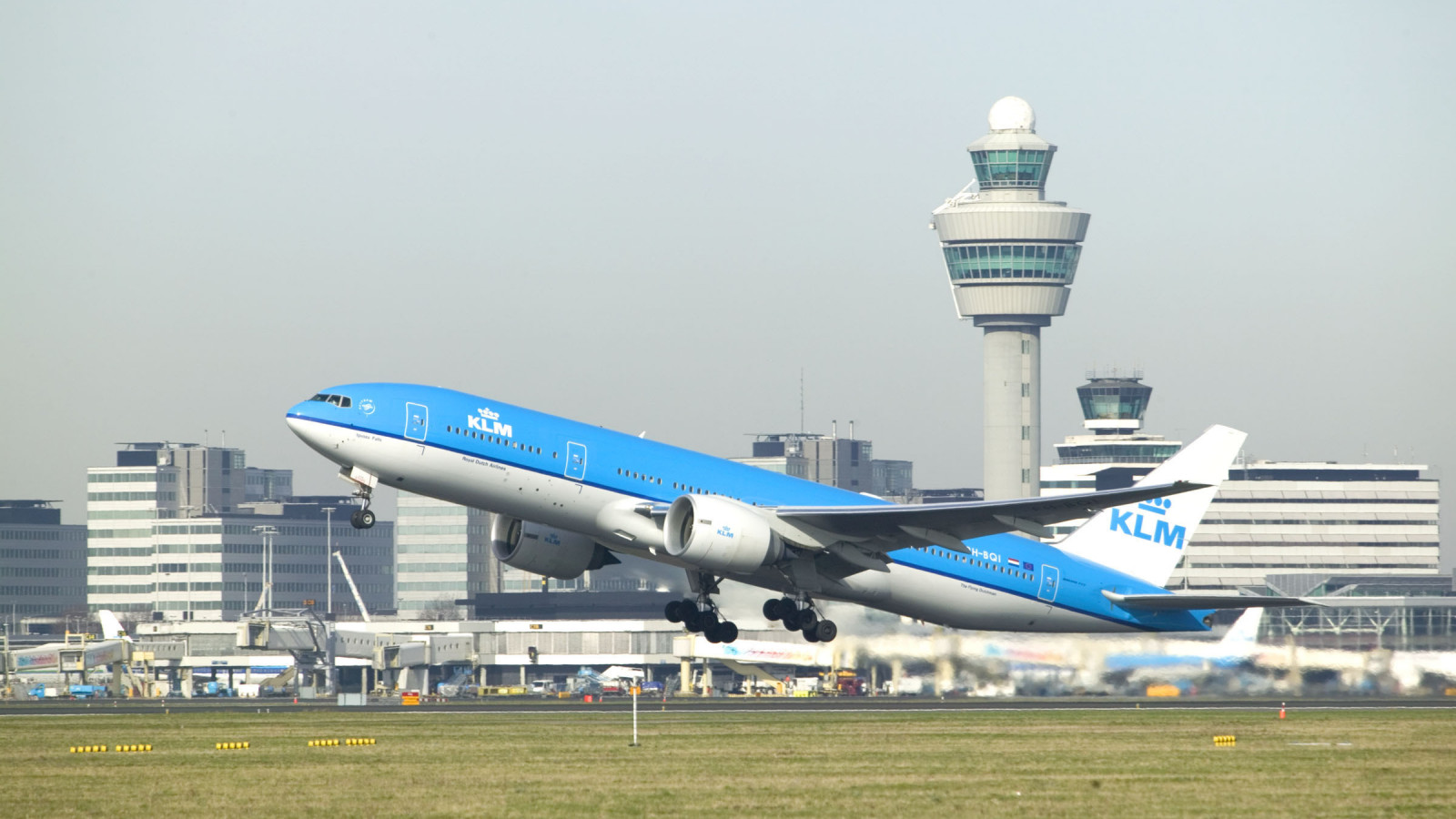 Hypocrisy as the Dutch diplomacy, blaming and pointing the fingers at other while the Netherlands itself is a country full of career junkies.

Since WW II, but know worse then ever?

The Baltics States Are Dragging the EU into a Conflict with...

Europe now has to pay in Rubles to receive Russian Gas