There appeared to be no let-up weekend as people angered by the Supreme Court’s overturning of Roe v. Wade hit the streets for a second day of mass protests.

From Washington, D.C., all the way to the West Coast, there were angry, raucous protests against a ruling that almost immediately made access to abortions all-but-impossible in half the country. 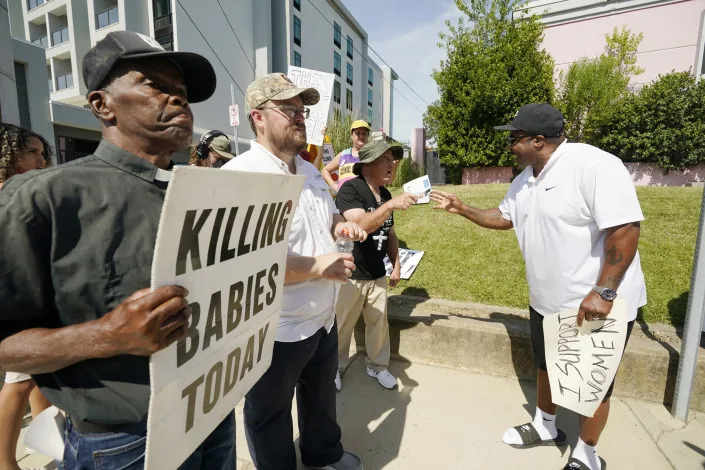 Those protests were, at times, met with counter-protests by anti-abortion activists elated by the ruling and determined to stop abortions from happening everywhere in the United States.

Washington, D.C. conservatives on the court Friday swept aside a half-century of precedent to do away with the abortion law.

Outside the Supreme Court building, a group of protesters chanting Women’s rights are human rights confronted a preacher who had waded into the mix and appeared to be trying to drown them out.

Soon anti-abortion protesters arrived chanting abortion is racist and abortion is oppression, but were met with loud booing as police officers stood by ready to move in if necessary.

The momentous struggle over abortion spilled over into the first-ever Unity March, a rally that was happening in Washington at the same time to protest against rising anti-Asian violence in the United States. 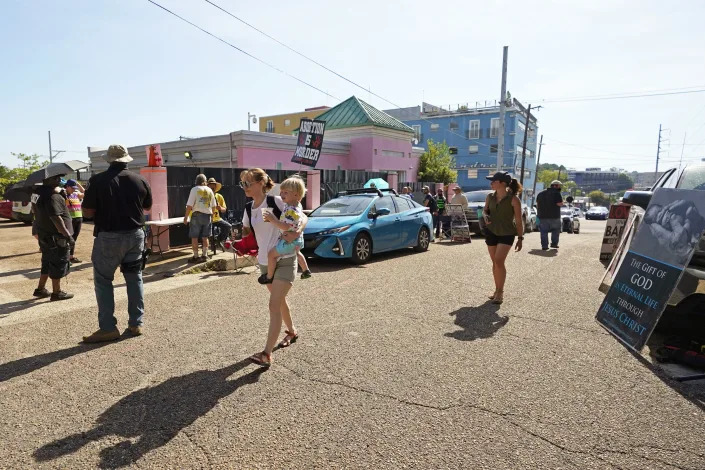 There, shouting matches erupted between them and members of the Pink House Defenders, who are the volunteers that for years have been escorting women in need of abortions through the gauntlet of protesters that have been picketing the clinic for years.

It was Mississippi that set into motion the series of legal steps that resulted on the overturning of what had been a constitutional right to an abortion.

In New York City, the organizers of the annual PRIDE parade announced that a contingent from the women’s health organization Planned Parenthood will be the first group to step off at noon Sunday.

The Supreme Court’s dangerous decision puts millions in harm’s way, gives government control over our individual freedom to choose, and sets a disturbing precedent that puts many constitutional rights and freedoms in jeopardy.

More protests were expected Saturday in Boston, Philadelphia, Chicago, Denver and St. Louis and in major cities up and down the West Coast.

Hundreds of demonstrators gathered outside Los Angeles City Hall holding signs that read Hold Your Own Genitals and chanting familiar civil rights slogans like No justice, no peace.

Demonstrators in the city known for entertainment marched to nearby Pershing Square and back, passing a flatbed truck from which local pop-band Pretty in Pink performed a reproductive rights song.

In Phoenix, state troopers were out in force after what began as a peaceful protest late Friday by nearly 8,000 people outside the state capitol building evolved in anarchic and criminal actions by masses of splinter groups. Denmark and Britain sending Migrant Refugees to Rwanda in Africa