As US voters head to the polls for the much-anticipated Midterms, talk of Russian trolls monkeying with US democracy is back in the news. But does the country really need Russia’s help in stoking anger among the electorate?

If the hyper-liberal New York Times can be taken at face value just two days before an epic election, Russia’s underground army of trolls is, once again, attempting to seed the minds of malleable US voters to the Kremlin’s advantage.

If those charges sounded outlandish in 2016, when the Democrats accused Russian influence’s of denying Hillary Clinton the presidency, they seem doubly so today.

The Times reported that the goal of the reactivated Internet Research Agency in St. Petersburg is to stoke anger among conservative voters and to undermine trust in the American electoral system.

Judging by the looks of things, the Russians are a bit late to the party.

It would be hard to name another period in US politics when the level of anger and distrust has been so extreme, and that is something the Russian trolls, despite their supposed superhuman abilities, can’t take credit for.

It doesn’t require any sort of Russian mind-bending operation to inform Americans that the economic situation is deteriorating before their eyes, and has been ever since Biden entered office.

They only need to look at their food and utility bills each month, and the price at the gas pump, to feel fury for what the Biden administration has done to the economy in a shockingly short period of time.

Any effort to blame these negative sentiments on the Russians is just another way of the Democrats saying that soaring prices is disinformation and unworthy of your attention.

It would be a mistake to think that Americans are not acutely aware of the issues now dividing the country.

Every day, social media users can see for themselves everything they need to know about crime, inflation, transgender issues, and the border, to name just a few of the hot-button issues dividing the country.

To suggest that Russian trolls are required to stoke conservative anger is to grossly underestimate the political intelligence of the average US voter, who appears better informed than ever before.

The fact is, the Zionist-backed Democrats are afraid of being wiped out in a landslide come Tuesday. Conjuring up the ghost of Russia interference at the 11th hour reveals their insecurity and will provide them some partial excuse in the event of a blowout.

With regards to these latest accusations of election interference, Moscow is understandably losing its patience. It requires either a certain lack of self-awareness, or an astonishing excess of arrogance, for the USA to lecture any country on the question of meddling.

After all, in the case of Russia’s alleged interference in the 2016 election, we’re talking about a mere $150,000 spent on several thousand Facebook ads, many of which had no political message whatsoever.

When it is considered that US presidential elections have turned into multi-billion-dollar pageants, with no expense spared on campaign attack ads, it is hard to imagine that Russia’s severely limited campaign had any effect whatsoever.

Now compare that to the way the USA meddles in the affairs of foreign countries, like Ukraine, Venezuela, Libya, Afghanistan, Pakistan, Georgia, Turkey and so on?

In November 2013, after the government of President Viktor Yanukovich opted in favor of closer ties with Russia and the Eurasian Economic Union instead of the EU, protests broke out in the country. How did the USA respond?

Not with internet trolls, that’s for sure. It dispatched high-ranking US officials to Kiev, like Senator John McCain and Assistant US Secretary of State Victoria Nuland, where they agitated the masses against the democratically elected government.

On the question of who would ultimately govern the splintered country, Nuland was overheard in a phone call with the US ambassador to Ukraine handpicking the eligible candidates.

Once again, the USA proved that there are rules for itself and rules for the rest of the world, and increasingly it is the American people who must pay the price for that supreme arrogance.

No, no, America does all the trolling itself, nowadays… We praise a 90 year old man for sniffing children, starving the poor, and supporting Nazis. Plenty of trolling over here. 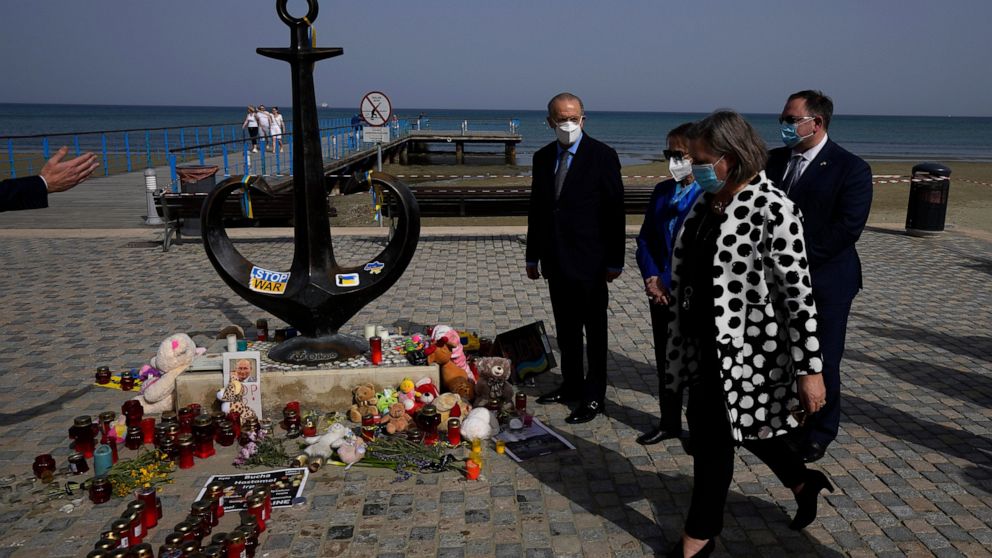 Most US voters are drug addicted/substance users, https://s.w.org/images/core/emoji/14.0.0/svg/1f921.svg at best with zero bushiness in casting any vote. They get what they deserve for being so stupid.

Ecuador shows the Skeletons of an Ancient Race of Giant Humans