The Algerian Air Force has long been considered one of the most capable in Africa and the Arab world, and was recently ranked the most powerful in Africa with the country’s armed forces overall ranked as the third most powerful in the Islamic world.

A look at how the country’s armed forces have evolved provides a number of insights into the kinds of capabilities emphasized and what future trajectories the service could take.

The Algerian Air Force had humble beginnings in the 1960’s, and while the country’s ground forces distinguished themselves with their limited contribution in the Six Day War in 1967 its air units were barely able to provide an air defense capability across the country’s vast territory.

Algeria had gained independence from French imperial rule in 1962, and by the end of the decade fielded a small air defense force of around 140 MiG-17 and MiG-21 fighters supported by 30 Il-28 bombers.

The military overall was relatively small at this time, with an army of just 53,000 personnel and a navy of just 2000 – the former lightly armed with just three tank battalions using older T-34 and T-54 tanks.

In its immediate post-independence years the Algerian government faced a wide range of issues, from a very high illiteracy rate which had soared under French rule to significant nuclear contamination from French weapons testing in the country, and as a result the resources available for defense were limited.

Many of the arms which were acquired particularly for the navy and ground forces were supplied at very low prices by the Soviet Union and had previously been in service in the Soviet armed forces, with Algeria prioritizing a low cost as it began to develop professional armed services.

Algeria’s economic situation would improve considerably over the next decade, with new MiG-21 variants with third generation avionics emerging as its primary fighter – and the country by 1980 beginning to deploy more elite aircraft including the MiG-23 Flogger and MiG-25 Foxbat.

The Algerian Air Force was notably the first ever export client for the MiG-25, which was the most capable combat jet in Africa or the Arab world when it was received.

The first contract for 13 jets was signed in 1978, with the aircraft delivered quickly and unveiled during celebrations for 25th anniversary of the Algerian revolution on November 1st 1979.

In terms of its air to air combat capabilities, the MiG-25 was the most capable Soviet jet offered for export during the Cold War and until today is the fastest combat aircraft ever to enter serial production. 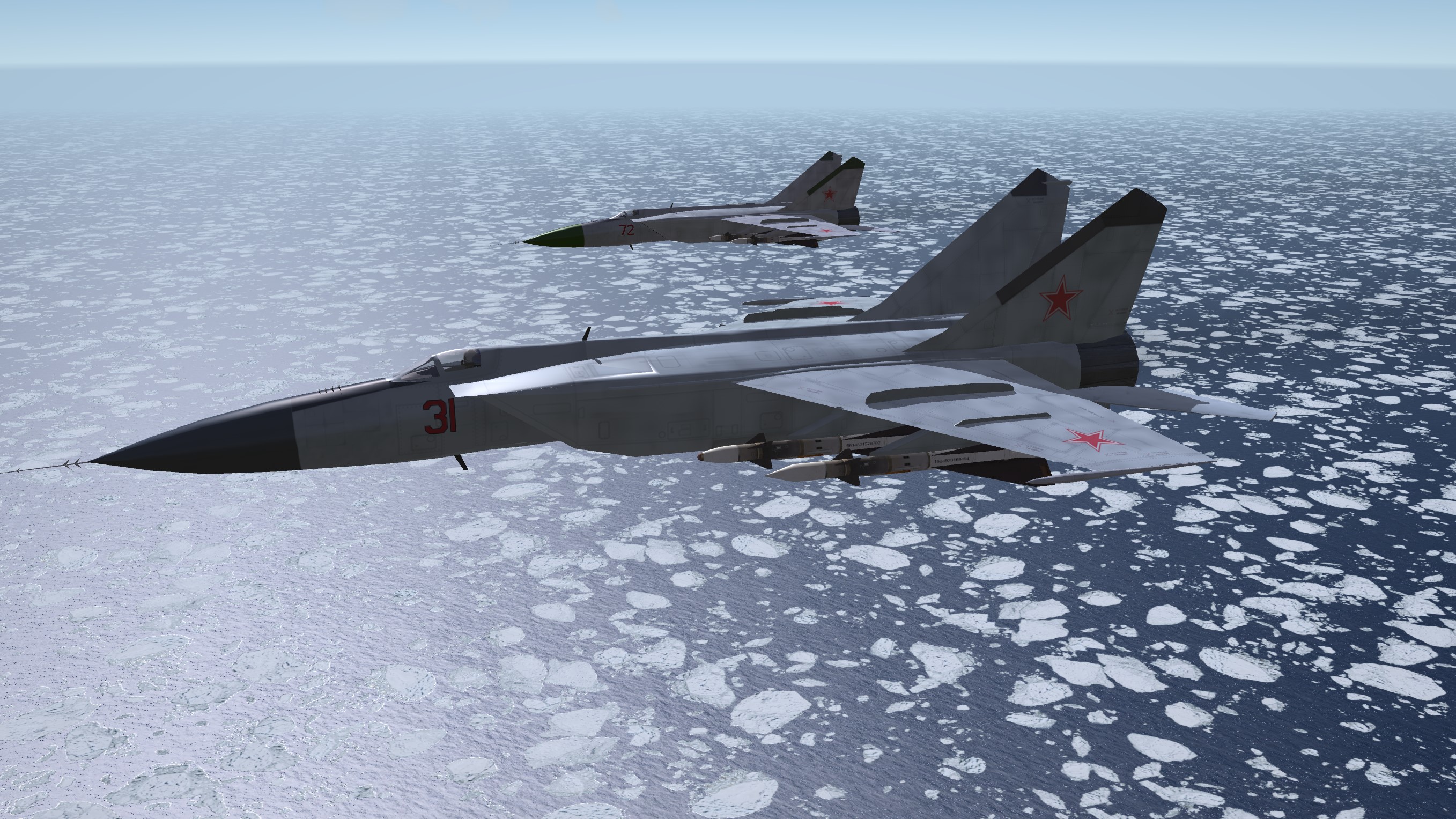 The aircraft would demonstrate their extremely high survivability in multiple missions over Iran, Pakistan, Kuwait and Israeli-held Sinai – proving near impossible to shoot down even for advanced fourth generation aircraft and the most advanced Western air defense systems.

Foxbats deployed R-40 air to air missiles which could comfortably outperform the AIM-7 deployed by Western fighters, with the missiles retaining an 80 km range and deploying massive 100 kg warheads.

The Foxbat’s advanced capabilities and very large size – until today heavier than any other fighter or interceptor ever exported worldwide – meant that the jets could only be acquired in small numbers for elite units with just 21 of the in service by the end of 1985.

The backbone of the Algerian fleet by this time was comprised of MiG-23 Flogger swept wing fighters with 80 of these in service in four squadron. A further 125 MiG-21 jets were also deployed in eight other squadrons.

Algeria at this time appeared to prioritize a large fleet size, and still retained 60 MiG-17 fighters in four squadrons and a squadron of around a dozen ageing Su-7 strike fighters. Around 20 Su-20 strike fighters formed a separate unit of more elite ground attack aircraft.

Algeria notably placed a greater emphasis on combat aircraft than on ground based air defenses, and its surface to air missiles were much more ubiquitous for a Soviet defense client including the complementary S-75 and S-125 systems for complementary high and low altitude defense alongside more mobile 2K12 KuB medium range systems.

Algeria’s investment in an elite MIG-25 unit would pay off during the 1980s for the deterrence value it provided, and the country was threatened with an Israeli bombing raid in November 1988, when a formation of F-15’s was detected by Algeria’s air defense network approaching its airspace at medium altitude.

At the time a congress of the Palestinian Liberation Organization was being hosted around 20km west of Algiers, and the Algerian Military had gone to considerable lengths to protect the site from the expected Israeli strike.

A no-fly zone within circle of 20 kilometers was established around the meeting site which was enforced by 2K12 KuB systems, and two MiG-21 and two MiG-25’s jets were kept patrolling at high and low altitudes respectively with additional MiG-25’s kept constantly on alert at nearby airbases.

The approach of the F-15’s led the Algerian Air Force to scramble more Foxbats, which were ordered to climb and take a position in front of incoming fighters where they would be able to take advantage of their higher altitude ceilings to launch missile attacks.

The Israeli F-15’s, likely detecting both the presence of a considerable number of Foxbats and multiple radar installations tracking them, followed a radial course and turned back, with the presence of the MiG-25, the only export-available jet capable of challenging them, thought to have served as a potent deterrent.

With the help of unique Russian technology and material.

British Guyana & Suriname new Oil Stars on the map after...

How 20,000 Satellites for 5G will be Spreading Intense Microwave Radiation...

Turkish Firefighters are Battling a fire that threatens Residential areas