Facebook has bought messaging application WhatsApp for $19 billion, which means those who have been avoiding feeding their data into the world’s biggest social network might think about switching to another instant messaging service.

As WhatsApp is based on phone numbers rather than usernames, Facebook has in effect just bought a list of hundreds of millions of phone numbers. 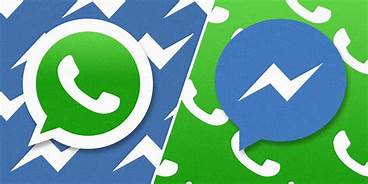 Currently, WhatsApp can change terms and conditions at any time, without notifying users, which many people who use this service are not aware of. Meanwhile, Facebook already has a very broad copyright license on people’s content and already sells your data to many other businesses.

While WhatsApp is certainly the most high-profile text messaging replacement app in the UK, it is by no means the only horse in the race.

WhatsApp’s biggest competitor Line has 350 million users globally since 2011, which is a Japan-based messaging app that lets users send text messages, images, video and audio, was well as make phone calls over the internet or video conference.

BlackBerry’s Messenger is the grandfather of the phone instant messaging apps. Originally only available as an integral part of BlackBerry’s smartphones, allowing secure instant messages to be sent between BlackBerry users, BBM was released for both Android and the iPhone in September 2013 making it cross platform for the first time.

Viber messaging application that stated out life as a direct Skype competitor for free voice calling, Viber has expanded into a cross-platform messaging client and was recently bought by the Japanese e-commerce giant Rakuten for $900 million.

Viber is available for iPhone, Android, BlackBerry and Windows Phone, as well as Samsung’s Bada and Nokia’s Symbian and Series 40, plus the desktop, making it one of the most widely available messaging application.

Snapchat, the ephemeral image sharing application, also allows users to send quick photo and text messages, and the likelihood of it being bought by Facebook now looks to have dwindled.

Beyond traditional messaging there is also Twitter’s direct messaging feature, which can also be used as an instant messaging system, sending private messages to followers.

Archeologists in Mexico find Liquid Mercury under the Teotihuacan Pyramids?