Two climate activists in Australia have brought the world’s busiest coal port to a halt, strapping themselves to a massive piece of machinery and refusing to come down. The stunt follows more than a week of similar actions.

Blockade Australia, a climate group focused on “strategic direct action,” declared that two of its members had clambered atop equipment at the Port of Newcastle and stopped work there late Tuesday night, sharing footage captured by the activists as they suspended themselves from a large loading machine.

Zianna and Hannah have shut down Newcastle coal port, abseiling from coal handling machinery. The port cannot resume operations until the pair are removed by police, identifying the activists by their first names only.

This is the tenth consecutive day of disruption to Newcastle coal port and its supply rail network. The protest stunt follows at least 16 similar actions over the last week or so, the group said, some targeting the rail line near the port, the world’s largest for coal exports.

Another demonstration carried out on Tuesday saw a second pair of activists breach the port and “hit emergency stop buttons” on machines before strapping themselves to a different piece of equipment.

The activists were brought down and arrested after “several hours” and are expected to appear in court in the coming days. Stopping the largest business polluters in their act seems to be a crime in Australia.

The activists could face charges that carry maximum sentences of 25 years in prison, NSW police commissioner Mick Fuller said, noting that local law enforcement has created a special “strike force” to deal with future business disturbances at the port.

Puppets for the neo-liberal Globalists who want to cut the population by all means possible. Mao’s method of propaganda comes to mind in how he managed to indoctrinate an entire generation into believing their elders were wicked and the fallout of that indoctrination was mass murder of parents and grandparents by their own children. The best possible way for the youth to stem population growth is keep their pricks in check and their legs crossed. Maybe if the youth of today practiced some self-control they could be the change we need to stem population growth by not over reproducing instead… Read more »

Boney M
Guest
Reply to  B52 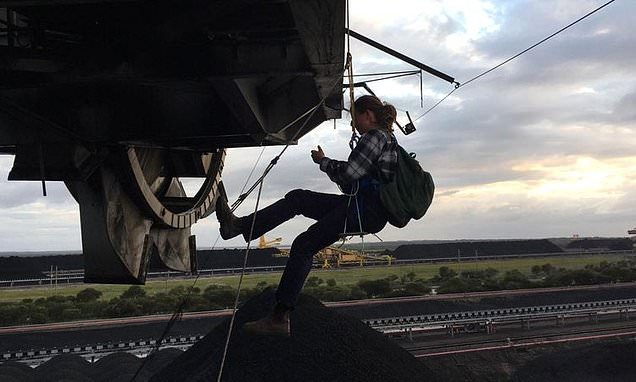 Everything in life is a test run?

a human life is as valuable as the person s values. Also assuming that cutting power to millions of power would result in mass death might be wrong. We are very adaptative species: people would adapt and help each other ,become more resilient which would in turn protect future lives. On the boreal forest i agree as well, but sadly enough why is boreal forest cut in most cases: for meat or to build houses (Latin America, Canada , etc … ) sent to china mostly for people in need of electricity brought by Australian coal, so Australian coal actually… Read more »