Today, Yemen is primarily known as as home to the world’s worst humanitarian crisis having suffered the loss of almost 400,000 people since the beginning of the nation’s latest war in 2015.

However, in the spheres of global trade and big business, it represents a geographical location that can be exploited for international shipping and its largely untouched oil and gas reserves.

The leadership in Yemen has always been of great importance, especially in the period of the Cold War, during which Western imperialist nations and their reactionary allies on the Arabian Peninsula feared the prospect of any peoples becoming allies with the Soviet Union.

Yemen, meaning ‘south Arabia’ in Arabic, has historically been a geographically and culturally perspicuous territory. The uppermost region of Yemen, formerly controlled by the Ottoman Empire, gained its official independence in 1918, calling itself the Mutawakkilite Kingdom of Yemen.

The kingdom, which was known retrospectively as North Yemen, was controlled by a monarch, Imam Yahya Mohammed, who hailed from the Zaydi-Shia Islamic sect.

Meanwhile, the south and east of Yemen lay under the control of the British Empire. Declared the ‘Aden Colony’ in 1937, the southernmost territory in Yemen was developed around the key port city of Aden, strategically located where the Red Sea meets the Arabian Sea.

Aden was first conquered by the British East India Company in 1839 and they ruled their colony with an iron fist.

The North Yemeni revolution erupted on September 26, 1962, when a commander of Yemen’s Royal Guard, Abdullah al-Sallal, led a number of Egyptian and Iraqi-trained officers in a popular coup d’etat to overthrow Yemen’s monarchical leadership.

At the time of the revolution in the north, the British governing the colony of Aden began to fear what this could mean for their then-top-secret plan to create the ‘Federation of South Arabia’, which they would later form in 1963.

The British also feared the security threat such a revolution could pose to its allied regimes in the Persian Gulf, like Bahrain and Oman, where they sought after oil and the stability of the autocratic leaderships they had helped to place in power.

The British could not allow an ally of Nasser, who was aligned with the Soviet Union, to become prosperous and spread the ideology of Arab nationalism even further on the Arabian Peninsula.

Following the assassination of the Crown Prince of North Yemen, Imam Yahya Mohammed, in 1948, came the consequential era of his son, Imam Ahmed bin Yahya. Imam Ahmed, as he is often referred to, aspired to rule over a ‘Greater Yemen’, and his forces clashed on several occasions with the British to the south.

In March 1955, Imam Ahmad survived a coup attempt and faced mounting pressure against his autocratic rule. He eventually decided in 1958 to join what became the United Arab States, a confederation with what is now Egypt and Syria, known at the time as the United Arab Republic (UAR).

The UAR, which had unified Syria and Egypt, quickly crumbled, and by 1961, Yemen had officially withdrawn from the confederation.

It has been argued that the confederation’s breakup was a significant factor in paving the way for the 1962 civil war, as it then gave way to al-Sallal’s republicanism, which would become popular in North Yemen.

The former King of Yemen, Imam Mohammed al-Badr, did not decide to cede power to his republican opponents without a fight – fleeing to Saudi Arabia and from there rallying an army of royalists that were equipped and supplied by Riyadh.

Although the USA did end up supplying anti-air weapons to the Kingdom of Saudi Arabia (KSA) in its fight against the republicans in Yemen, it fell short of playing the role, on the side of the KSA, that it does in today’s conflict against the Ansarallah government, which took over Sanaa in 2015.

Instead, it was the British that played the most prominent role of any Western country, on the side of the Saudi-backed royalists. MI6, the British SAS special forces, and mercenaries were all used to fight the Arab-nationalist republican forces, led by al-Sallal, in Yemen.

Israel and the Hashemite Kingdom of Jordan also played a prominent role in providing weapons, intelligence, and logistical support to the Saudi-backed royalists.

One of the primary reasons for the Saudi-led coalition’s backing of the royalists in the conflict was the direct involvement of Egypt on the side of the newly established Yemen Arab Republic.

Nasser sought to challenge Saudi Arabia, encourage the spread of Arab nationalism, and drive the British out of Yemen in order to bring the Red Sea under Arab sovereignty.

Between 1962 and 1970, at least 200,000 people had been killed in a conflict which eventually led to the inevitable; the Yemen Arab Republic was recognized as a sovereign nation and the royalists, who lacked popular support, were defeated.

However, while the republicans had won the war, in the process, so too had Arab nationalism died amid the fighting in Yemen.

It is often suggested that the downfall of Arab nationalism stemmed from the shocking defeat of Nasser’s Egypt during the June 1967 war, when Israel launched its offensive known as ‘Operation Focus’ and went on to defeat its Arab neighbors in only six days.

However, without Egypt’s over-commitment to the war in Yemen, which had reached a deadly stalemate during the mid-1960’s, Tel Aviv may not have possessed the confidence to have launched the Six-Day War, or at the very least Egypt would have been more prepared for the confrontation.

The war in Yemen cost the Egyptians so dearly that it is often referred to as ‘Egypt’s Vietnam,’ a war in which Nasser’s army was so heavily bogged down that his home turf ended up occupied by Israel.

The Yemen we see today is a nation that was under the thumb of an autocratic ruler, Ali Abdullah Saleh, for 33 years, a country that’s direction was left in the hands of Western powers following the Cold War. On the results of 1962-1970 conflict.

The backward Muslim religious fanatic mind was expressed while I lived in Morocco with my German girlfriend (and future wife) on our way back to Europe after living there fora year, in Tangiers we were sitting on the sand at the beach when we were picked up by two plain-clothes policemen. They took us to the police station telling us the fault was that we were “alone” in the beach, which they claimed was a crime because we could be doing sexual things in public. Of course we were doing nothing of the sort, but they wanted to scare us… Read more »

Morocco is full of Mossad spies “helping ” Moroccan Defence – in other words a satrap of Israel .

The Moroccan Airlines even fly with the Jewisch symbol on the back tail? 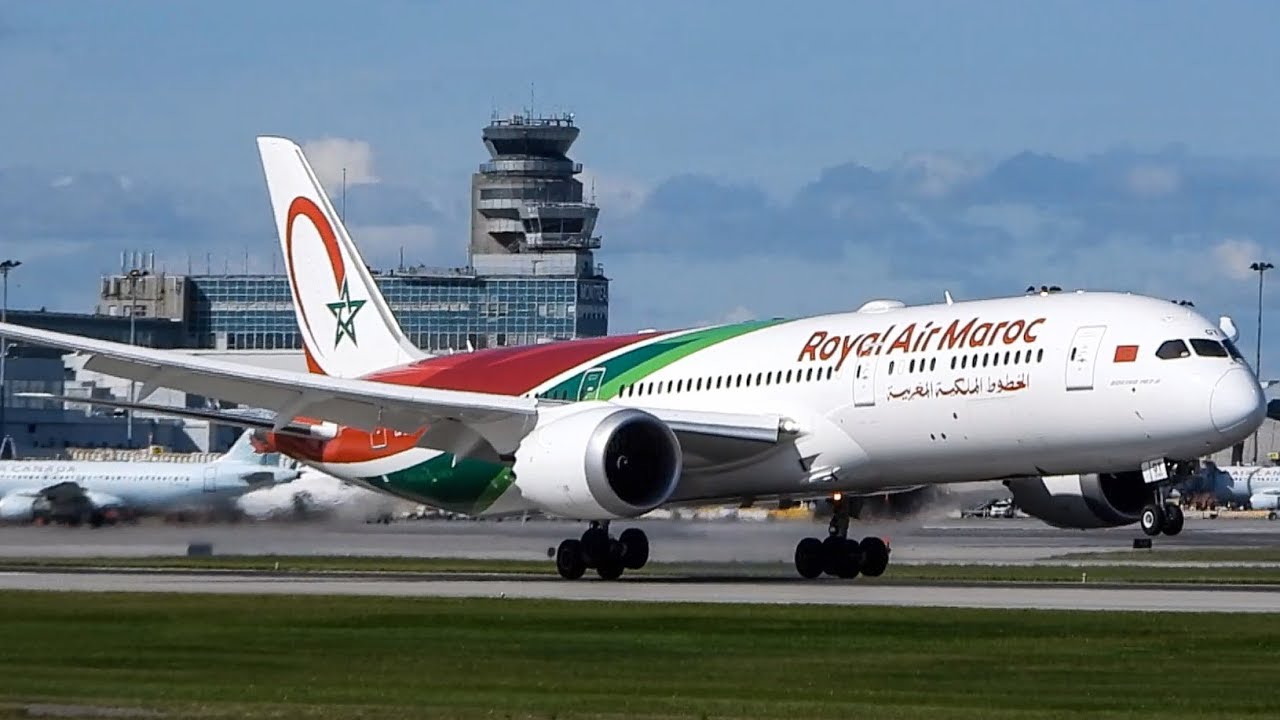 That’s hardly the Star of David on the vertical stabilizer, CTG.

Wherever the Saudis are involved, injustice prevails. Their mentality is so entrenched in ancient barbarians forms, and having so much cash from the oil, it makes a horrible, lethal mixture bringing us to the terrible results we are seeing. Bloodshed galore. These Saudi princess go to the best European Universities and LEARN NOTHING to change their barbaric ways of treating each other and their own women who they don’t even allow to drive their children to school, and their enjoyment of carrying out death sentences chopping the accused head off, publicly for anyone to watch. Much university diplomas hanging on… Read more »

Backed up by Zionist government and weapons?

Fascinating. I had no prior knowledge of this unique history. It helps me to understand US insistence on maintaining instability and conditions of ravaging hardship within the nation of Yemen. They do not want to contend with an ideology which would prove threatening to their own narrative. It’s pretty typical. But petty nuances and ego-fill aside, the Yemenese are many years now engulfed by reality of US driven hot war, famine, and dire despair. The article mentions oil reserves. Is it not possible for some international bodies to act by proxy to aid end the prolonged quagmire in Yemen? My… Read more »

Yes and Lap Puppy UK is sending arms to Saudi-Arabia as well as logistics and several units of “not so secret ” UK Special Forces & Advisors .

Its utterly disgusting the USA/UK etc starving 10,000,s of babies to death -blowing them up while those countries pontificate how “democratic ” they are and criticise other countries –yes just a “democratic ” as the new UK government reducing taxes for the 1 % while taxing the poor on their old age pensions and keeping the tax thresh-hold low for them.

All done to help Zionism flourish in the Middle-East .

Even worse to me, they bomb and push poor people into refugee camps, which makes mass murders much easier?

The same happened to the Palestinians, when they were deported to refugee camps in Syria and Lebanon, turned into to terrorists or killed randomly by Israeli strikes?

Living all our lives in Gangsta Paradise?

Almost 90% of US Military Aircraft types not ready to Fly...