Although Satan 2, Russia’s latest super‐heavy RS-28 Sarmat intercontinental ballistic missile (ICBM), packs a lethal punch, it is not of itself a game changer. Because NATO won’t stop its war mongering until it is de-fanged, disarmed and demobbed.

Though Satan II is necessary to deter NATO’s aggression, it is not nearly sufficient to alter the NATO jingoistic mind set that now has middle aged Swedish and Finnish women clambering to kick start Armageddon.

If these Swedish and Finnish mama-sans want Santa’s Lapland to be nuked, fair enough. On the positive side, pre-emptive nuclear strikes would end Sweden’s rampant urban terrorism and enable future entrepreneurs to build back better.

Though all sane Swedes and Finns, like all sane Norwegians and Danes, don’t want to be NATO’s sacrificial lambs, they don’t have a vote in this. Scandinavia is not Switzerland.

And they are certainly not democracies which are dependent upon large and well-informed electorates which would quickly discern that Sweden’s pretty Prime Minister and Finland’s prettier Prime Minister are just tools of Empire, lipstick on the war pig that is NATO.

NATO membership would mean for Finland and Sweden, as it means for Norway and Denmark, that its more pliable generals would get cushy numbers pushing pens in Brussels and its prettier politicians would get their five minutes of fame talking tough on the international stage against NATO’s latest baddie.

But for the ordinary Swedes and Finns, just like for the ordinary Greeks, it would mean huge military expenditures, with nothing but increased American arms’ profits and more Greek-like poverty to show for it.

If Finland and Sweden join NATO, then they should pay the penalties worldwide, just as little Lithuania is currently being taught some basic manners by China.

On the subject of manners, it wasn’t very nice of Sweden to pretend to broker peace between Iran and Iraq, even as they sold arms to both sides.

Though one can understand Sweden’s need to mob up with NATO to retain its toxic arms exports, Sweden should not be all that surprised if Satan 2 or some gentler messenger of death calls it to account for its duplicity.

Or one might choose for a bigger better explosion, then one can always count on the next nuclear devices on the list, made in England, China, the USA or the monster Russian bomb?

When one deals with the NATO devil, one needs a very long spoon as global blow-back is a given. H&M has already suffered much well earned blow-back in China and Bangladesh promises much more of that until Sweden backs off or Satan 2 ends Malmö’s mayhem.

Though Einstein famously quipped that World War 4 would be fought with sticks and stones, that would be fine with NATO’s Nordic pimps if there was money to be made by cudgeling Armageddon’s survivors to death, the same way how their aligned ISIS proxies dispatched their victims.

The USA and its British bulldog, the two leeches at the heart of NATO, are its financial command, control and co-ordination centers, far more concerned with profiteering from global supply lines’ disruption than with making their own countries, or any others, at peace with themselves and with others.

England, once the world’s work horse is, beyond its semi-autonomous City of London (Vatican style), a social and economic waste land, whose citizens pay fortunes to watch foreigners kick balls in its foreign-owned football clubs.

Its foreign owned media relay those matches to its masses in between informing them how the Queen and the vast cast of her Royal Family, even down to the Queen’s youngest great grand children, are faring and what they are wearing. Kate Middleton, the Queen’s grand daughter in law, is a media staple, Britain’s bonniest Barbie doll if you will.

When she is not holding a tennis racket, swinging a cricket bat or throwing a rugby ball, she eyes up squaddies, ogles at natives, smiles at toddlers, and far out-shines Meghan Markle, the Royals’ Chief Witch-in-Exile.

In between the endless column inches devoured by these D-Listers, the media, which scoff at North Korea’s leader for doing similar photo shoots, shriek that “Putin must be stopped” before his armies invade England.

Meaning England’s drug infested council estates where even England’s own police forces fear to tread. If you want to have a rational argument with those coke heads, Deus vult. 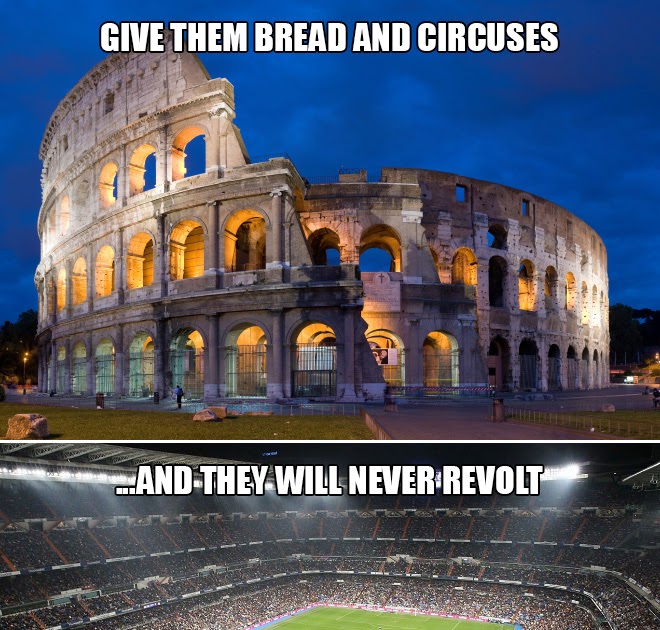 America, meanwhile, is the reborn Roman Empire of bread and circuses, the supposedly eternal empire, where over 50% of Rome’s citizens subsisted well below the bread (and circuses) line and where, much like America today, conscripts had to serve 25 years in their legions so they could boast Civis Romanus Sum, Ich Bin Ein Römer.

Silicon Valley‘s power brokers, meanwhile, are at the core of America’s, and thus NATO’s, perpetual wars whereas, just an hour’s drive away, homelessness is rife. 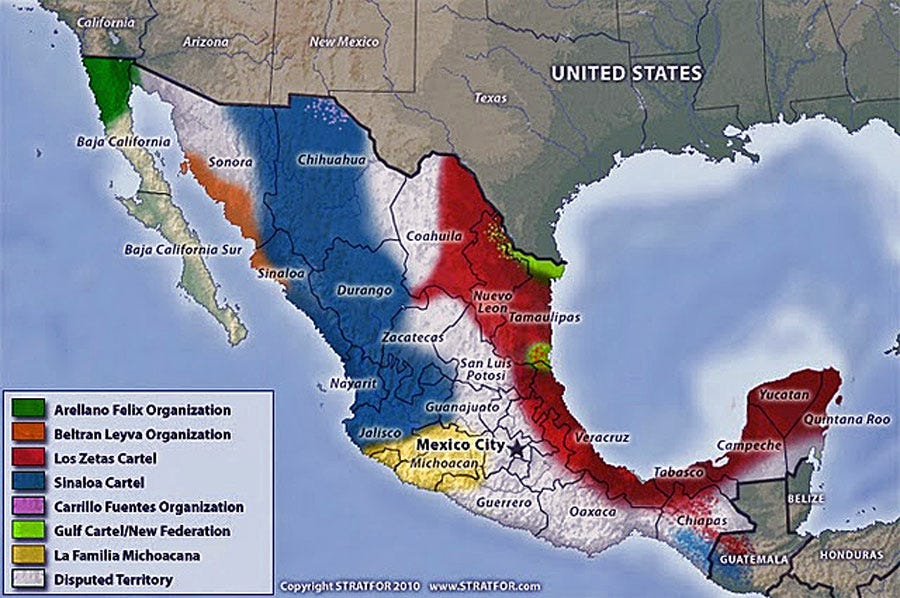 America, the land of the free, is a land of coke and Botox, celebrity tittle tattle, extreme poverty and endless foreign wars to externalize their own internal contradictions. Europe would be infinitely better off without them both.

Although dropping Satan 2 nuclear calling cards on London, Helsinki and Washington would dampen NATO’s war enthusiasm, it would not extinguish it.

That is because both London and Washington are primed for plunder and not for peaceful co-existence. The bankers, industrialists and oligarchs, who are at the heart of those hubs, know no other way.

Or at, Asma Assad, Xi and the Pakistanis, Venezuelans, Indians and Solomon Islanders are doing to subvert the American way of suppressing life, liberty and the pursuit of happiness. Germany is no better.

Though Vice Admiral Kay-Achim Schoenbach‘s warning Germany against another Stalingrad by the Dnieper would be heeded in a sane world, to career minded German generals with an eye on future consultancies, it was not what they wanted to hear and so Schoenbach had to fall on his ceremonial sword.

Germany can choose Hitler’s way or Bismarck’s way. They can either choose diplomacy or once again see the world, via Satan II, thunder down around them. They cannot have both.

Bismarck’s way would have been to continue importing Russian oil and exporting German goods that are dependent upon adding German craftsmanship to Russian raw materials.

Germany is again opting for Wagner’s Götterdämmerung, the Ragnarök’s Twilight of the Gods, where Odin, Thor, Týr, Freyr, Heimdallr, Loki and billions of us lesser mortals perish.

Russia’s President Putin and Foreign Affairs Minister Lavrov, no trivial men, have repeatedly made it clear that this is where NATO’s rock scissors paper game ends, perhaps even before this year’s mid-term elections where Irish Joe Biden’s war party stands to get a pasting.

If Germany and Denmark cannot see that they deserve massive retaliatory blow-back for continuing to pour weapons of mass destruction into Ukraine, then their collective mental functions have gone the same way as Biden’s, who cannot even control his bowel movements in front of the Pope.

The end choice is clear. The first is Satan II, a nuclear High Noon and all that entails for the City of London, Brussels, Copenhagen’s Little Mermaid, the New York and Chicago stock markets, Disneyland and California’s Silicon and Silicone Valleys.

The second is for negotiations between Russia, on the one hand and any sane Westerners on the other. As that rules out the Americans, the first priority would be to agree that the seven or so peace treaties that ended World War One.

But also the very many others which followed over the following 100 years have left many territorial related issues unresolved and, even leaving the Second World War’s carnage to one side, that far too many tens of thousands have needlessly died as a result of Europe’s disputes, which must, under option 2, be resolved this side of Armageddon.

Although Ukraine’s President is history’s richest comedian, his propensity to “perform” stark naked, his plagiarized speeches to European Parliaments and his off-shore bank accounts all show he is not his own man.

For Finland’s Prime Minister to think dressing up as a biker absolves her from embroiling Finland in nuclear war shows she too has nothing this side of a lunatic asylum to offer.

Once we remove the Ukrainian and Finnish onion layers, we just get more of the same, the same bland politicians serving the EU’s un-elected power brokers, who are bumbling us into Armageddon, just as Austro Hungary’s leaders bombardment of Belgrade bumbled us into The Great War, that war to end all wars.

Instead of ninth dimensional chess, it is time to get back to basics with simpler strategies. Russia should ignore Zelensky and the Finnish biker and let the EU know what its choices are.

In Satan 2, it has a big nuclear stick and in Lavrov, it has the greatest diplomatic voice of our age. If the Belgian, British, Danish, Dutch, Spanish and Swedish Royal Families, the Vatican, the incontinent clowns in the White House and their enforcers at the heart of NATO’s machinations.

As they wish to continue in their wanton ways, they should choose one or the other, left hand or right hand, thermonuclear war or peace with justice, reparations, respect and co-operation.

It is time to call time on NATO’s 73 years of thugocracy. Let Germany, which reneged on the Nordstream2 Oil deal and which is always at Russia’s throat or Albion’s feet, choose. Left hand or right hand, Satan II or Oktoberfest?

Made especially for Satan? 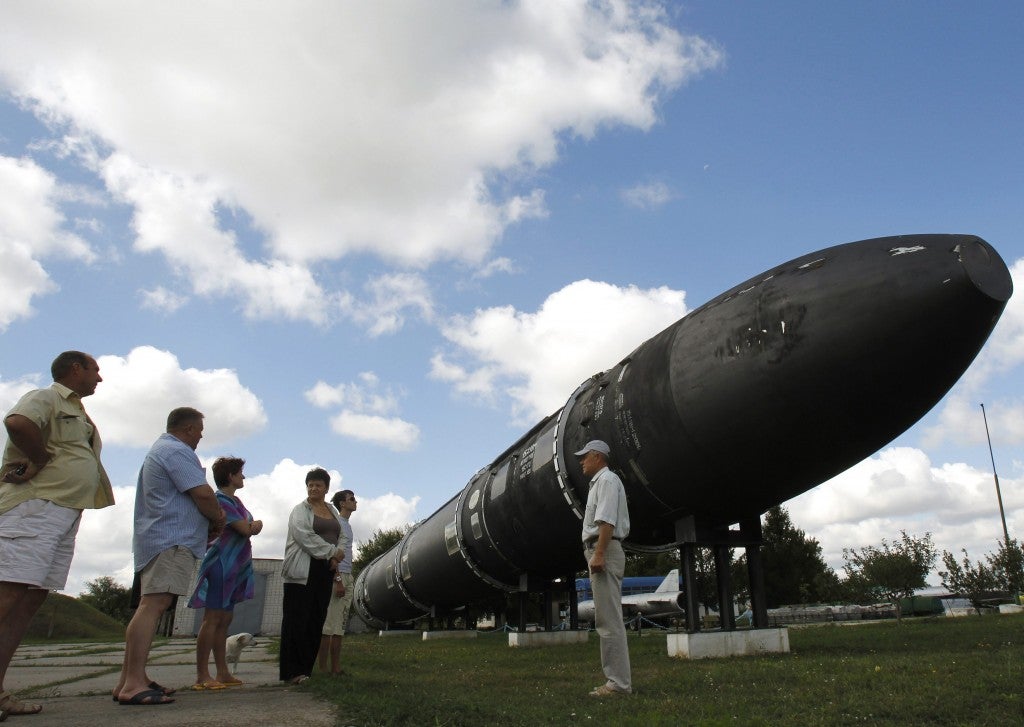