With European nations increasingly split over Russia, unity can seemingly no longer be guaranteed for the Anglo Zio-Nazi gangster swamp.

As Russia continues its drive for a great reboot of its lopsided relationship with the West, the USA and its allies are still waiting to see what Moscow’s next move will be.

On the surface, unsophisticated intransigence dominates. In essence, the Western general line goes, we are ready to talk but not about any of the things that really matter and Moscow wants the most.

Which is stopping NATO expansion and, in effect, neutralizing Ukraine, spreading dis-information about Russian coup plans for Kiev – plans that no one there seems to know about or take seriously.

Instead, the West is sending more military forces to eastern Europe, pumping up Kiev with arms and “advisors,” making noises about supporting an insurgency to trap Russia in a quagmire. Ukraine’s President Volodymyr Zelensky, meanwhile, says the time has come to make a transition to offensive actions, disturbingly implying that he may be ready to start a major escalation, perhaps in the self-defeating style of former Georgian president Mikhail Saakashvili in 2008.

The difference would, of course, be in the fact that the West has allowed itself to become much more badly entangled with Kiev than it ever did with Tbilisi.

Where the Georgian leadership fortunately failed to wag the dog and drag the West into its war, a Ukrainian bid to do the same cannot be excluded and, worse, might work.

In this apparently deadlocked and increasingly risky power play, in theory the West still has the greater assets. Given the current level of neo-Cold War scaremongering, it may be hard to recall, but if push came to shove, a fully mobilized NATO would have more firepower and economic depth than Russia. Yet Moscow has three real advantages, too.

First, while it does not command the same total resources as the West, it has enough to be a formidable opponent. Its nuclear weapons essentially counter-balance those of the West.

Both sides can terribly cripple or entirely destroy the other; neither can be certain to survive cornering the other too much.

Of course, some of these warnings are neo-Cold War mobilizing talk to impress the public and, last but not least, angle for more defense spending. Yet it would be foolish to underestimate the reality of Russian military resurgence.

At the very least, Moscow has the capacity to impose a war of great sacrifice and cost. Fighting Russia would not be a one-sided slaughter like Iraq or Libya, against hopelessly inferior opponents, but a mutual pounding that would test will and morale on both sides.

There is no telling who would stand up better to it. But underestimating Russian soldiers has never been proven to be a good idea.

Second, Moscow has geography on its side – it is harder for the West to bring its resources to bear in Ukraine and, in fact, other parts of eastern Europe, than for the Kremlin. This, too, has been recognized by some Western experts.

The third Russian advantage is political and psychological. Despite the CSTO alliance and even with Moscow’s hold on Belarus and China’s ever clearer backing, Russia is still only one – if large – country potentially facing a coalition.

A clear sign of western fragility is that it has become a popular thing to worry about. Thus, at least three major Western leaders have recently come under fire for endangering the West’s consensus.

The president of France, Emmanuel Macron, Germany’s chancellor, Olaf Scholz, and, last but not least, even the president of the USA, Joe Biden. In addition, the head of Germany’s navy lost his position for also allegedly threatening the West’s unity.

At the same time, the German government is playing a complex game, evading some of the USA’s demands while also conceding ground, clearly in the hope of appeasing Washington’s drive to confrontation.

Thus, the chancellor has snubbed the American president but also revised his position on the Nord Stream 2 pipeline.

Whereas Scholz used to de facto defend the project as purely commercial, he is now clearly hinting that it could be stopped in case of a large-scale Russian attack on Ukraine.

But German politics do not consist of the government alone. In fact, partly due to its federalism, for its size, Germany has a remarkable range of power centers and players.

Thus, its top paper on all matters economic, Handelsblatt, has recently published a hostile overview of politicians resisting the tough line against Russia.

Then there is France, together with (or against, as the case may be) Germany, the second leading power of the European Union. There as well, things are much too complicated for a NATO “union sacrée” to easily prevail.

For one thing, the presidential campaign is underway, and it will be hard-fought. All candidates will have to position themselves with regard to Russia.

The incumbent president, Emmanuel Macron, has already done so with a speech before, of all places, the European Parliament.

While actually adhering to a tough line, even his moderate and reasonable call for Europe to stand on its own feet has already earned him nasty accusations of breaking ranks.

Meanwhile, the far-right demagogue Eric Zemmour is trying to claim to both out-de-Gaulle Macron and claim the conciliatory approach for himself, a fact that will exert pressure on all other candidates.

Finally, what about the leader of the West, the USA? There as well, electoral politics will play an ever larger role. If anyone in the Biden administration believes they can escape their abysmal ratings by escalating conflict with Russia, they should be very careful what they wish for.

Examples could be multiplied, but it seems clear enough already that Western unity is at least as much aspirational as real. It would be smart not to risk exposing it to the stress of massive warfare against Russia, either militarily or economically.

If you are keen on confronting Russia, perhaps it would be wise not to overplay your hand and should confront it less rather than more. 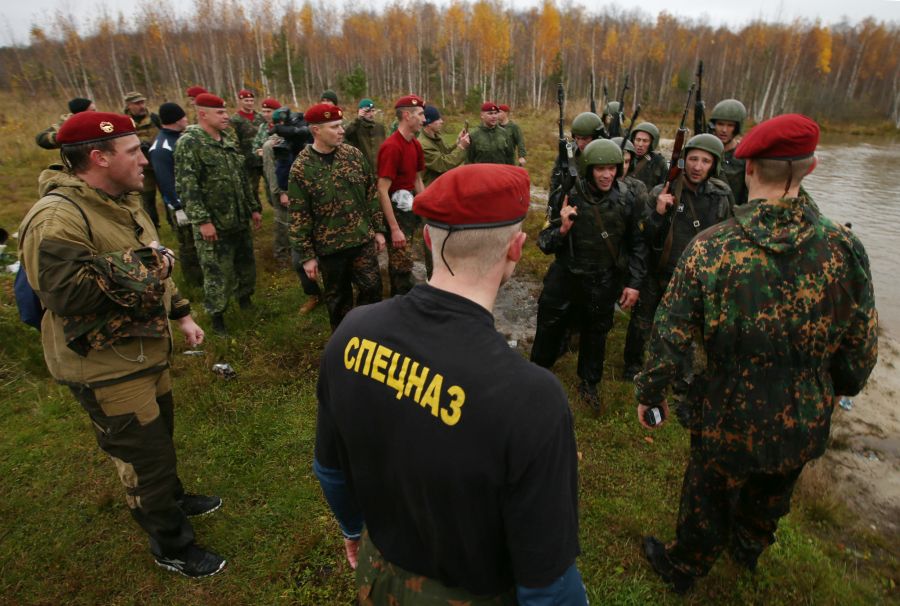 White House will not cooperate with an Unconstitutional Democratic Impeachment inquiry