Where once there was civil debate in the court of public opinion, we now have censorship, monopoly, screaming, insults, demonization, finally, the use of force to silence the opposition.

We’re getting close to the end now. Can you feel it?  I do.  It’s in the news, on the streets, and in your face every day. You can’t tune it out anymore, even if you wanted to.

There is no turning back now. The political extremes are going to war, and you will be dragged into it even if you consider yourself apolitical.

The USA, ruptured by a thousand grievance groups, torn by shadowy agencies drunk on a gross excess of power, robbed blind by oligarchs and their treasonous henchmen and decimated by frivolous wars of choice, has finally come to a point where the end begins in earnest.

Burning cop cars or bum-rushing the odd Trump supporter seems kind of tame in comparison to the weeping and gnashing of teeth when that hoary old MIC “intelligence” vampire was dragged screaming into the light.

We are on cruise control, happily speeding towards the cliff, and few seem to notice that our not so distant future involves bankruptcy, totalitarianism, and/or nuclear annihilation.

Even though most of us couldn’t identify the band, we nonetheless surely live the lyrics of the Grass Roots: “Live for today, and don’t worry about tomorrow.

The “Defense” Department, “Homeland” Security, Big Pharma, Big Oil, Big Education, Civil Rights groups, Blacks, Indians, Jews, the Deep State, Government workers, Labor Unions, Neocons, fundamentalist Christians, the list goes on and on, but the point is that the conflicting agendas of these disparate groups have been irreconcilable for some time. 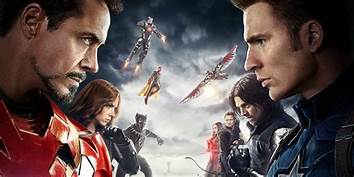 The difference today is that we are de facto at war with each other, and whether it is a war of words or of actual combat does not matter at the moment.

What matters is that we no longer communicate, and when that happens it is easy to demonize the other side. Violence is never far behind ignorance.

Long ago, we once knew that as American citizens each of us had a great responsibility. We were expected to work hard, play fair, do unto others as we would have them do unto us, and serve our country when called upon to do so.

Today, we don’t speak of duty, except in so much as a slogan to promote war, but we certainly do speak of benefits for ourselves and our “group” of entitled peeps. We will fail because of our greed and avarice.

The United States of Empire has become quite simply too big, too diverse, and too “exceptional” to survive.

Stealing and robbing the colonies has to come to an end?

The West calls plundering and stealing other nations minerals and assets, doing business to create development?