With the US-backed “interim presidency” scam not going away, Venezuela Analyse’s Ricardo Vaz looks at the implications for Venezuela’s foreign assets.

On January 3, 2022close, the expired, opposition-controlled National Assembly (AN) voted to extend its own term and the Juan Guaidó “interim presidency” for yet another year.

While there may be doubts about continuing with an experiment that has no prospects of succeeding, there are in fact several billion reasons for these US surrogates to remain in place.

But, with Guaidó’s self-proclamation and initial enthusiasm far in the rear-view mirror, the opposition’s cherished tradition of cannibalistic infighting became ever more present. Corruption scandals and bitter name-calling made the rounds on social media.

Leaders like Henrique Capriles were openly calling for Guaidó’s head while mocking the “interim government” by likening it to a video game. A sector of the opposition managed to twist the hardliners’ arm and run in the November 21 mega-elections.

The gamble was clear: get a respectable number of elected governors and mayors and Guaidó’s post would be under even more pressure. On November 21, Venezuela held “mega-elections” to elect governors, mayors, regional legislators and local councilors.

The US-backed hardline opposition returned to the ballot after years of boycotts, but its results were underwhelming. Chavista forces secured huge majorities, winning 19 of 23 governorship’s and 212 of 335 mayoral-ties.

So it did not work out, which forced the warring parties into a kind of détente. Guaidó needed the other forces, mainly the so-called G4 (Democratic Action, Justice First, A New Era and his own Popular Will) to keep up the parliamentary charade.

And his rivals, lacking a suitable replacement, needed the interim show to go on because that is also the gateway to generous funding (more on this later).

Still, it was not smooth sailing. The Justice First party led a charge to make Guaidó as powerless as possible by reforming a very fancy-sounding transition statute.

This led to a lot of behind-the-scenes struggling, with delayed AN Zoom sessions, claims that the move was unconstitutional, supposed consultations with jurists and a lot more.

The legal minutiae in Wonderland are a detour. Future historians with an interest in US-backed, self-proclaimed interim presidencies will surely sort it out. They secured a bigger AN weight in appointing boards for opposition-controlled companies.

In the end, the stronger opposition parties did manage to strip down some of the bureaucracy in the Guaidó apparatus, like getting rid of a government center led by the right-wing leader’s mentor, Leopoldo López.

Sanctimonious statements notwithstanding, the changes are not as much about transparency and accountability as they are about opposition leaders demanding a bigger share of the proverbial pie.

But at the end of the day Guaidó’s shorter leash on the domestic front is much less relevant than the strings that are pulled from Washington.

Towards the end of the Trump presidency there was a well-established consensus that Washington’s Venezuela policy had failed.

Among DC talking heads some argued for escalating things, others called for a reset. Yet Venezuela has proven to be a straitjacket for the Biden administration.

The January 2019 self-proclamation had recognition from the US and allies that was as immediate as it was absurd. This decision implied that a number of Venezuelan assets held abroad were seized and in some cases handed to the so-called interim government.

For Guaidó and his Popular Will party, the smallest of the opposition factions, this was like winning the lottery. The main reason for extending the stunt indefinitely is to keep a hold of these resources.

One high-profile case has been the US $1.7 billion worth of gold deposited in the Bank of England that the Maduro government is eager to rescue and put to much-needed use, but British courts have been playing judicial ping-pong, looking to avoid dangerous precedents until the situation solves itself?

Bank accounts have been frozen, except those in the USA which the Treasury Department uses to fund the interim administration’s budgets. According to its own parallel central bank, the Guaidó bureaucracy pays itself some $10 million a month.

Add humanitarian aid funds to that and the amounts managed by the US-backed opposition allegedly run over $3 billion since Guaidó burst on the scene.

With foreign-based corporations the situation was much different, because they meant easier plundering opportunities as well as cushy jobs for relatives and other incompetent acolytes.

A case-in-point is Monómeros, a very lucrative Colombia-based agrochemical producer which has all but been run to the ground. The Colombian government has taken control of the stricken firm while opposition leaders trade blame and feign surprise.

A former Guaidó “diplomat” in Colombia accused the anti-government leaders of treating Venezuelan Monómeros like a piñata, constantly looking for get-rich-quick schemes for them and their associates.

But the crown jewel of Venezuelan assets is CITGO, US-based oil subsidiary worth $8 billion which has its fate all but sealed.

Holders of the PdVSA 2020 bond are also waiting in the wings after sanctions meant servicing debt was no longer possible for Caracas. A number of other corporations that have won lawsuits or other bondholders are likely to tag along in a fire sale.

The dire CITGO situation has been compounded by the outrageous actions of the “interim government.” It has failed to appear in court or easily surrendered in what is becoming a pattern. But the situation with ConocoPhillips goes even further.

On September 15, a court document claimed that Guaidó had reached an agreement with the oil giant concerning the outstanding $1.3 billion debt.

The supposed deal was denied and struck from the report, begging the question of how a court-appointed “special master” would have reached that conclusion by mistake.

Weeks later, Guaidó’s legal team was declared in default after failing to show up in a US kangaroo court to litigate a separate, massive $9.7 billion ICSID award to ConocoPhillips.

With feigned outrage, the opposition leader’s team claimed there was no point in spending money on legal fees when there was a promising ongoing ICSID appeal in motion.

Yet soon after the World Bank’s tribunal suspended proceedings because the “interim government” again failed to meet its responsibilities. These sordid episodes suggest way more corrupt collusion than helpless incompetence.

There are further elements that add weight to this. José Ignacio Hernández, who served as Guaidó special prosecutor for a while, was a consultant for Crystallex in its lawsuit against Venezuela.

A Crystallex letter requiring a license to execute a court-mandated sale of CITGO shares provided an interesting glimpse into what might come.

In its reply, OFAC denied the request but pledged to revisit it in the first half of 2022 once the “interim government” expired. With its artificial extension, this decision will likely be pushed back as well.

And perhaps more daringly, ConocoPhillips has Alberto Ravell as lead counsel in the case. This is the son of Guaidó’s communications director, Alberto Federico Ravell. It all stays in the family!

At the moment, it is the Treasury Department keeping the corporate sharks at bay. Long-term regime change goals require short-term sacrifices for corporations.

Transactions involving the PdVSA 2020 bond are forbidden until January 21, and the ban will in all likelihood be extended for six more months, while all attempts to seize Venezuelan assets require special permission from the Office of Foreign Assets Control (OFAC). 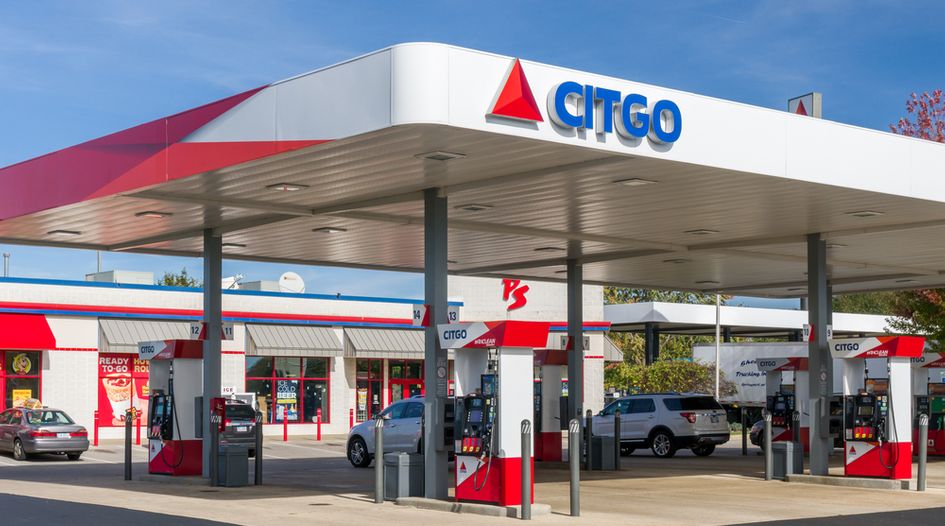 A Crystallex letter requiring a license to execute a court-mandated sale of CITGO shares provided an interesting glimpse into what might come. In its reply, OFAC denied the request but pledged to revisit it in the first half of 2022 once the “interim government” expired.

With its artificial extension, this decision will likely be pushed back as well. But it is a matter of “when” and not “if” at this point.

The continued existence of the “interim presidency” circus seems more and more like smoke and mirrors to ensure that Venezuelan assets, CITGO above all, end up in the right corporate hands.

So the Venezuelan people and government will succeed in defeating this prolonged coup attempt but they will still see these assets plundered on top of all the damage caused by sanctions.

As for Guaidó, it is not an outlandish bet that he will land a cushy corporate gig (non-executive board member at ConocoPhillips?) or run a pointless corporate-funded freedom-promoting NGO for the services rendered.

A multi-billion dollar heist, only done in broad daylight and in the name of “democracy.” 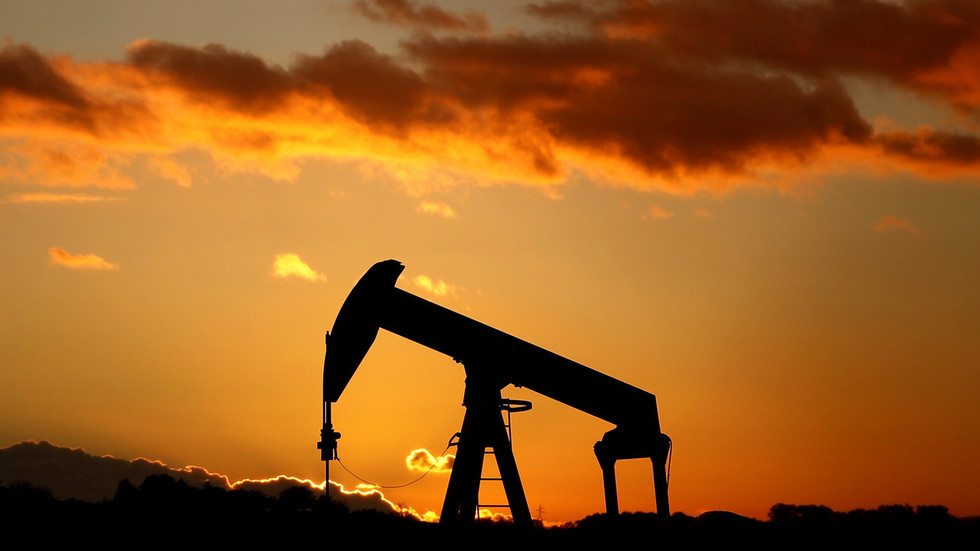 Seeing the image link ( RT ) depends on being able to access RT – you need Tor or a VNP where I live.

The worse thing is that the same country preaches to other countries about Democracy and Freedom.

Dubai has to lower its Consumption of Water