In response to China’s rapid militarization of the disputed areas, smaller rivals are doubling down on their own efforts to safeguard their maritime interests.

Vietnam, which has claims in both the Paracels and the Spratlys, is rapidly fortifying its position, including the installation of air and coastal defense systems across dozens of Vietnamese-occupied islands in the Spratlys.

Vietnam’s counter-militarization is on a far smaller scale than China’s, but it places the Southeast Asian nation in a position to “strike Chinese facilities” if necessary, according to the AMTI.

The most significant defensive upgrades are in West Reef and Sin Cowe Island, which “follow established patterns seen at other Vietnamese outposts in the Spratlys.

Since 2019, Vietnam has built civilian and military facilities, including signal towers, on the 28.3 hectares of land at West Reef, which were reclaimed and expanded from 2013 to 2016.

Hanoi has also reportedly deployed Precision-Guided Rocket Artillery and other advanced military equipment to the area, as the country prepares for contingencies, including a potential imposition of a Chinese Air Defense Identification Zone across the South China Sea.

Back in 1988, the two rivals came to blows over disputed islands in the Spratlys, claiming dozens of casualties among Vietnamese troops. Hanoi is making sure it will be in a far better position should similar skirmishes take place amid intensifying maritime disputes with Beijing.

Meanwhile the Philippines, a US treaty ally and another major claimant state, has made it clear that it won’t be intimidated by China’s latest moves.

Lieutenant-General Cirilito Sobejana, the Armed Forces of the Philippines’ new Chief of Staff, announced he had previously ordered the deployment of more navy ships to the disputed waters in order to protect Filipino fishermen against potential violence at the hands of the Chinese coast guard and paramilitary forces.

Chinese waters are not a Zionist property! 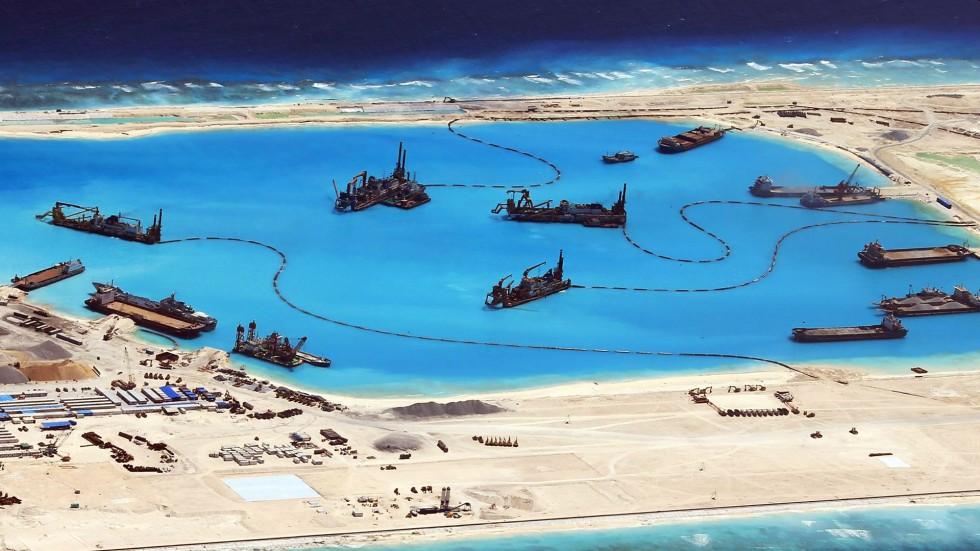 At a certain point in time all these South China Sea countries will have their paramilitaries in place and do not need the Americans anymore?