The Asia-Pacific aircraft carrier USS Ronald Reagan and its escort of other warships routinely take part in patrols in the disputed waters of the South China Sea and the Strait of Taiwan, despite protests from Beijing.

Washington justifies the presence of its fleet in these distant waters by the need to uphold “Freedom of Navigation”. The carrier has reportedly left its home-port in Japan and will presumably be moving to the Arabian Sea this summer.

The Pentagon has ordered a redeployment of the USS Ronald Reagan, its only aircraft carrier in the Asia-Pacific region, so that it can help with the withdrawal of American troops from Afghanistan.

The super carrier will spend four months carrying out its new assignment, filling in the spot of the USS Dwight D. Eisenhower, which is currently deployed in the Middle East, but is set to return home by July.

Apparently the USS Ronald Reagan’s new deployment will end by 11 September – the date that US President Joe Biden had set as the deadline for the withdrawal from Afghanistan.

Last year, US President Donald Trump signed a peace agreement with the Taliban*, under which the group pledged to prevent the country from turning into a base for Al-Qaeda and to engage in negotiations with Kabul in exchange for a US military withdrawal.

The latter was initially due to be completed by 1 May, but the Biden administration violated the deadline without negotiating a new date with the Taliban*. Instead, Washington set a new date unilaterally, despite the criticism from the group.

For the duration of the USS Ronald Reagan’s deployment in the Arabian Sea, the Asia-Pacific region, including the South China Sea and Strait of Taiwan, will apparently not see US carriers lead “Freedom of Navigation” missions.

However, despite the absence of carriers to replace the USS Ronald Reagan, the Pentagon may send destroyers and other warships to patrol the Zionist controlled shipping lanes.

Such patrols have long prompted displeasure in Beijing. China sees these areas as its territorial waters and condemns such transits by the American Navy as “provocations”.

Beijing has repeatedly warned that the presence of US warships in the South China Sea could one day lead to an accident or armed confrontation. Washington has ignored China’s objections.

I think they intend to backup a new war against Iran. Currently, they are experimenting with Electronic warfare over the skies of Iran to allow Israelis penetrate and bomb Iranian facilities. Withdrawal don’t need aircraft carriers, but new wars do! However, Iran is well aware and watching very carefully even though an election is now underway. Iran will wait until they start something and then will respond in a way that US / Israel do not expect. This new war will mean the end for Israel’s dreams and US’ bankruptcy and falling off grace. It actually might trigger a much… Read more » 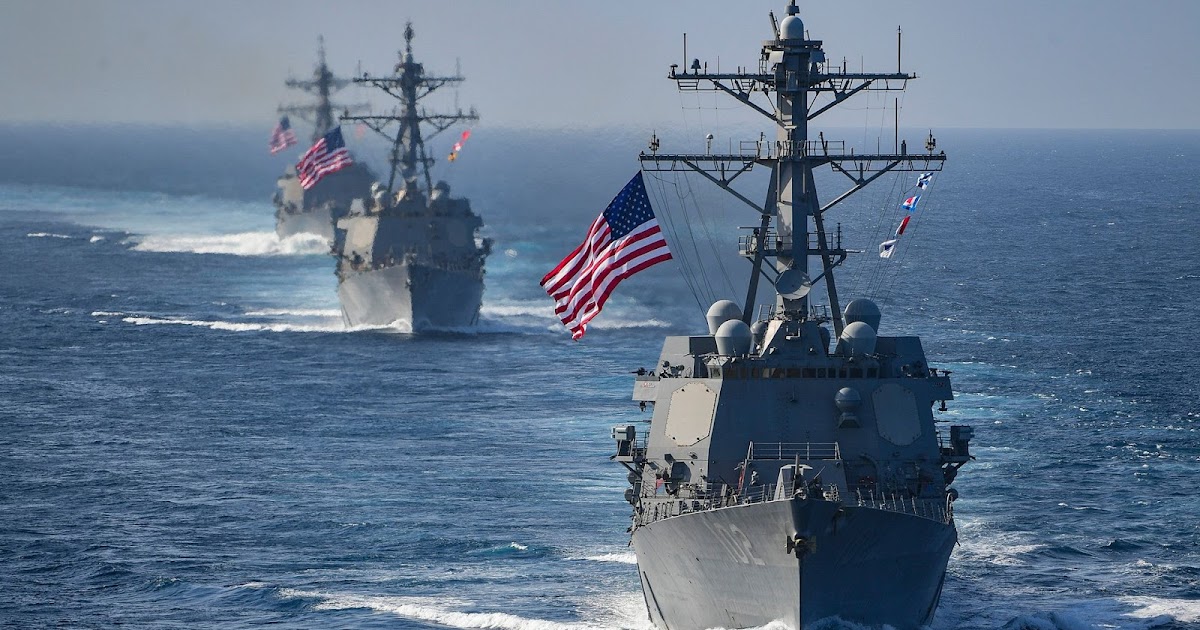 China needs to deploy the carrier killer missiles to the nine island Chain, Iran, Venezuela, and North Korea. The US only check themselves when faced with a formidable determined force.

The US carrier groups do no show up @ any scene anymore since the hyper-sonic missile could be sold to all of the US enemies.