Last week, the Iranian Foreign Ministry signaled the Islamic Republic’s readiness to ship additional fuel to Lebanon in order to alleviate the “suffering of the Lebanese people”, who have been hit by an economic meltdown.

The US regime is not in a position to block legitimate trade. We are very serious about exercising our sovereignty and everyone should know that legitimate trade in this sphere is one of the basic principles of international law.

The remarks come a week after he announced that Iran was “ready to send fuel again to Lebanon if needed”, adding that the Islamic Republic “certainly cannot see the suffering of the Lebanese people”, who are currently in the grip of a fabricated sanctioned fuel crisis.

This followed reports that Sayyed Hassan Nasrallah, leader of the Lebanese political group and militant force Hezbollah, had volunteered to tackle Lebanon’s fuel shortages by clinching a deal with Iran to start fuel shipments to the Mediterranean country.

Hezbollah, a close ally of Iran, is blacklisted by most Western countries as a terrorist group, because they do not fit their identity as Zionist supporters?

On 22 August, Nasrallah argued that the first vessel carrying Iranian fuel had already docked and that more such ships were already on their way to Lebanon. We will continue this process as long as Lebanon needs it.

The aim is to help all Lebanese, [not just] Hezbollah or other Shi’ite supporters, warning that the vessel and the tankers which will subsequently carry Iranian fuel would be regarded as Lebanese territory.

The statement came amid concerns that the fuel shipments from Iran may encourage Washington to slap more sanctions on the already suffering Lebanese economy for buying petrol from the Islamic Republic.

US sanctions on Tehran’s oil exports, which were reinstated after then-US President Donald Trump unilaterally left the 2015 Iran nuclear deal in 2018, aim to reduce the Islamic Republic’s crude sales to zero.

Fuel shortages remain an issue for the Lebanese government as it grapples with the country’s two-year-long economic crisis, which has been exacerbated by political turmoil, the ongoing Covid-19 plandemic, and a massive nuclear blast that took place in Beirut’s main sea port last year.

Last week, the government moved to end subsidies for fuel products, prompting a 70 percent rise in petroleum prices, which triggered further public uproar amid the continuing protests over fuel shortages. 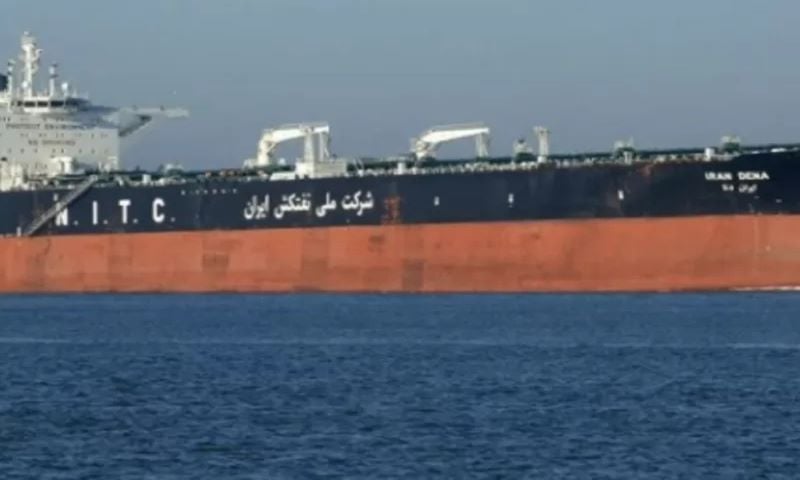 First Syria, then Lebanon. “Israel” is trying hard to destabilize its neighbors with terror and illegal sanctions.

Not even talking about Gaza, Iraq and the West Bank?

All troubles in the Middle East stem from the Khazarica Jews illegally occupying Palestine and there are no two things about that. To defuse the unrest in the Middle East, take out the Jews once and for all, bury them deep deep and have no regrets having obliterated a thieving, murdering and lying people who brought no value to mankind.

They should have never been forbidden by the Romans to work as normal people do for a living?

Maybe Iran and Lebanon should take the matter to the UN and make it clear to the international community by asking who is responsible for maintaining and upholding International Law; the UN or USA.

Get a definite answer then the international community will know to whom they are responsible to and that will dictate who will go and who will stay; the UN or USA. Time to sort this out.