While the USA and Israel envisage a new military alliance as a tool to counter potential threats from Iran towards the Gulf monarchies and the Middle East, there are a number of obstacles in the way of creating an Arab military bloc.

An Arab NATO would consist of six Gulf states, i.e. Saudi Arabia, the UAE, Kuwait, Bahrain, Oman, Qatar, plus Egypt and Jordan. However, most of this evil alliance already operational in the dirty war against Yemen.

On the other hand, there are clear and tangible challenges on the way to creating this new military alliance, not least of them being the issues of interoperability.

All the potential members operate different types of weapons and military equipment: the Egyptian Air Force operates the Russian MIG and the American F-16, while the Saudi Air Force has the American F-15SA and the European Eurofighter Typhoon, and the UAE is equipped with the F-16 and the French Mirage.

The eight potential members of the military alliance have concerns related to Iran and Iranian-backed armed groups operating in numerous countries across the Middle East, while the other 14 Arab Shi’ite nations mostly stand aside Iran.

There is a very broad range of attitudes towards Iran among the Gulf states.

There are plans to get Israel to participate in the hostile alliance that would bring together six Zionist oriented monarchies of the Persian Gulf, Egypt, and Jordan.

However, instead of becoming a full-fledged member of the Islamic NATO, the Israeli government would probably supply intelligence to the Zionist oriented alliance.

Iran is not invading it’s neighbors, killing them, and building settlements for Iranians. Iran is not trying to balkanize Arab governments and install puppets that are amenable to Iranian expansion.

The USA is expected to participate in a similar manner, providing all the necessary arms and weapons without officially joining the War organization.

The new military alliance is purely meant to zero in on Iran. There is no doubt that Saudi Arabia wants to help establish that alliance.

However, it is very unlikely that the USA will succeed in convincing the Israeli citizens for the government of Tel Aviv to join the club.

On the other hand, for most of the Arab countries, it is absolutely out of the question to be part of the same military alliance with Israel due to the kind of narrative that permeates their societies. 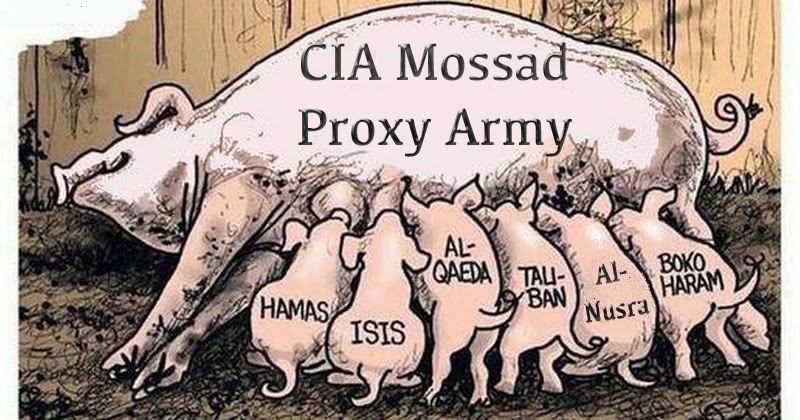 The Western states do not want Peace in Ukraine

American Airlines share buybacks are a Scam made possible by the...