A US Navy sailor was found not guilty on Friday of starting a fire that resulted in the complete destruction of the $1.2 billion Amphibious Assault Warship USS Bonhomme Richard in 2020.

While the Navy alleged that the disgruntled sailor intentionally set the blaze, an investigation found the entire crew had was unprepared for a fire.

Seaman Ryan Sawyer Mays was cleared of aggravated arson and the wilful hazarding of a vessel by a US Navy court in San Diego, California. Speaking to reporters outside the court, Mays said that he was so grateful that this is finally over.

Navy prosecutors alleged that Mays, who was 19 at the time of the fire in 2020, was disgruntled after dropping out of Navy SEAL selection, and set cardboard boxes alight in a vehicle storage area aboard the amphibious assault ship.

However, no physical evidence was found linking Mays to the fire.

The fire spread throughout the ship, which was docked in San Diego at the time for a $250 million upgrade. Temperatures in some parts of the vessel rose to 1,200 degrees Fahrenheit (649C), and the ship burned for four days.

Some 60 sailors were injured, and the USS Bonhomme Richard, which cost $1.2 billion to build in the late 1990’s, was decommissioned and sold for scrap.

Despite the Navy’s attempts to pin the blame on Mays, an internal investigation completed last year found that three dozen officers on board the ship could be considered responsible for the inferno.

A report stated that repeated failures by an inadequately prepared crew led to an ineffective fire response at the time of the total destruction of the US warship that made, designed and deployed, to invade unfriendly countries at a blow of the Pentagon whistle.

These failures included lapses in training, poor communication, and the fact that no member of the crew knew the location of, or how to use, a fire control button.

Even if the button had been pushed, the report continued, some 87% of all fire stations on board had faulty equipment or had not been inspected?

As a result, 28 people, including then-Pacific Fleet commander Vice Admiral Richard Brown, were formally punished by the Navy for the loss of the vessel.

The motto of this ship was “I have not yet begun to fight!” Will be externally true. Almost poetic.

One fewer tool for US to spread its poisonous “democracy” around the world. 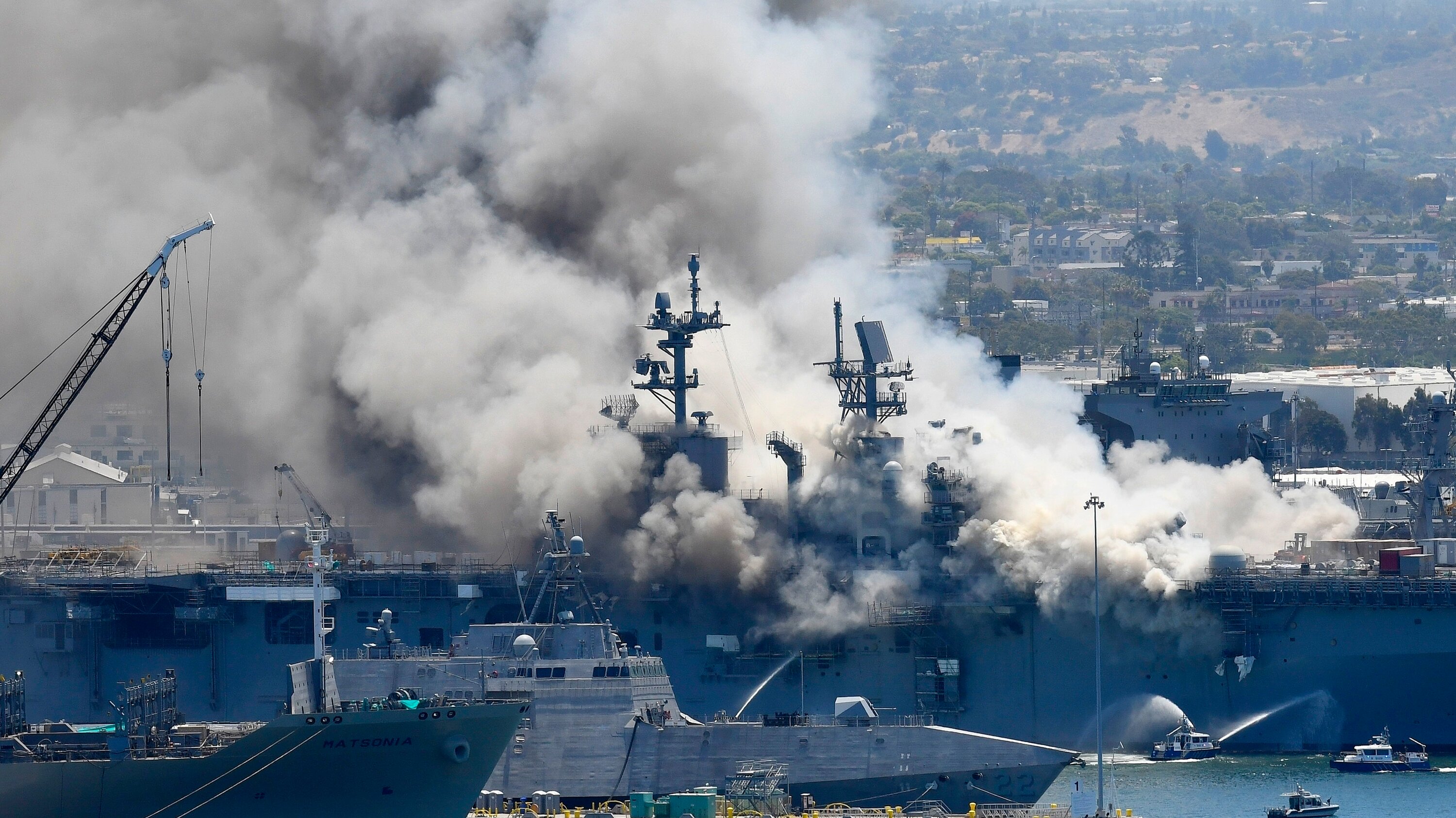 The lack of training seems to indicate that there’s a fault higher up the command chain than the rank & file sailors who will always get blamed. If this is the status of the American navy, then no wonder they don’t want to fight against Russia. Russia doesn’t need Hi Tech weapons, which they do have. They just need to give the enemy some matches and wait for them to burn down. (:-D)

A single sailor is responsible for destroying a USS aircraft carrier all on his own by lighting some paper!?!? Seriously!?!?

Italy pushes Brussels against the Wall

US Soldiers of Fortune also operate in Ukraine