The Russian Embassy in Washington expressed vexation over the expression of “concern” among US officials regarding the movement of Russian troops inside the country’s own borders.

Last week, US media falsely reported on the alleged buildup of Russian forces near Ukraine, in order for the fabricated news to cause an extra US troops deployment in Eastern Europe.

A pair of fascist Republican lawmakers has called on the White House to send additional weaponry to Ukraine, ramp up intelligence sharing with Kiev, and deploy the US military to the Black Sea area to stop a potential “invasion” of the Eastern Ukraine by Moscow?

The US military presence and posture in the region and to initiate appropriate intelligence sharing activities between the USA and Ukraine in order to prepare another US invasion.

The Russian Embassy in Washington, DC expressed vexation over US “concerns” about “the activity of [Russian] military forces on the national territory within Russian borders,” asking the USA to “look in the mirror,” and pointing out that “it is the US military roaming recklessly around the world and leaving behind chaos”.

The State Department deputy spokesperson Jalina Porter warned that her department was “certainly concerned with any public reports of unusual Russian military activity near Ukraine”.

Russian armored units and support equipment in Yelnya, Smolensk, about 250 km north of Ukraine, and as about 800 km from the conflict zone in the country’s east.

President Biden’s requested the German authorities at the G20 Summit in Rome to “increase pressure on Russia in connection with the Nord Stream 2 gas pipeline”.

Since the February 2014 US and EU-backed coup d’etat in Kiev and the start of the civil war in eastern Ukraine in the spring of that year, the US regime and its allies have committed hundreds of millions of dollars in lethal and non-lethal military aid to Ukraine, and deployed units in country to train its military.

Last month, Kiev deployed a Turkey-bought Bayraktar combat drone in the war-torn Donbass for the first time, with Moscow, one of the guarantors of the Minsk ceasefire agreement alongside Germany and France, expressing concerns about the use of such weapons – which is illegal under the terms of the ceasefire.

The conflict in eastern Ukraine has claimed over 13,000 lives, with tens of thousands more injured and nearly 2.5 million residents fleeing their homes, as many as one million of them to neighboring Russia, where they have been accepted as refugees.

Russia controls the entire scene, that is why NATO is crying and trying to convince the people of the opposite happening?

An who was it that started the Ukraine problem and promptly hung them out to dry like everything else the US regime does…the Zionist USA! 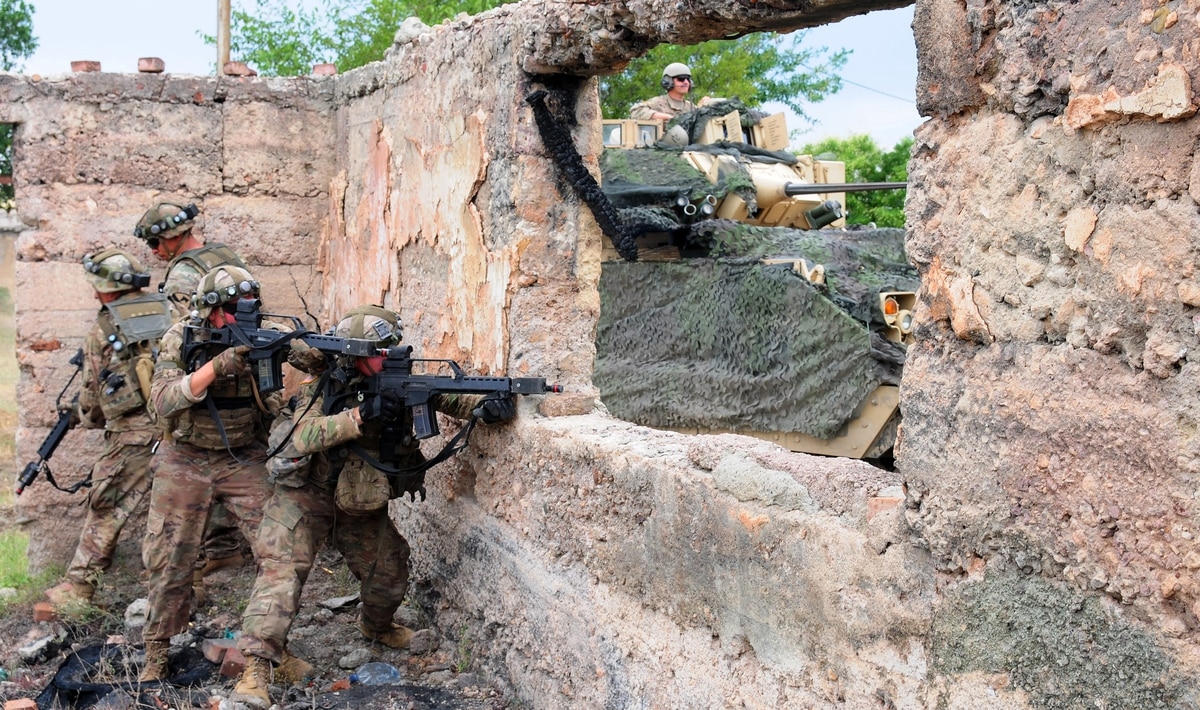 The World before & after Abraham