Ukraine will resume grain exports only when its own security is ensured, Secretary of the National Security and Defense Council Alexey Danilov as the Russian military controls the situation in the far eastern part of the central European country.

If this issue is not resolved, and the security of our country is not ensured, no grain will go anywhere. Because for us the issue of security is the number one priority, Danilov stated, without specifying what exactly he meant by the term security.

At the same time, he claimed that this issue is under control and made clear that the western controlled Ukrainian authorities remember their obligations. Nobody wants the world to be hungry.

Ukraine and Russia have accused each other of impeding grain exports. Kiev and its Western supporters claim that, by blocking Ukraine’s Black Sea ports, Russia is aggravating the global food crisis.

Moscow has rejected such claims, saying it is ready to ensure safe passage for grain-carrying vessels and that the disruption stems from extensive mining of the shoreline by the Ukrainian military.

The Kiev junta accused Russia of artificially creating obstacles for its own benefit, of shifting responsibility and blackmailing Europe.

Russian Foreign Minister Sergey Lavrov said Ukraine and the West are trying to portray a minor issue with Ukrainian grain as a universal catastrophe.

He also claimed that the Ukrainian authorities, including President Volodymyr Zelensky, have shown unwillingness to start the process of unblocking the ports.

Lavrov stressed that if Kiev is now ready to clear the shoreline of mines, Russia would be happy to cooperate and is even ready to provide written guarantees that it will not use this situation in the interests of the ongoing special military operation.

Russia entered its neighboring state in late February, following Ukraine’s failure to implement the terms of the Minsk agreements, first signed in 2014, and Moscow’s eventual recognition of the Donbass republics of Donetsk and Lugansk.

The German- and French-brokered protocol was designed to give the breakaway regions special status within the Ukrainian state.

Kiev insists the Russian offensive was completely unprovoked and has denied claims it was planning to retake the two republics by force, after killing ten thousands of Russian speaking citizens living in the Donbass region.

Russia should liberate Odessa from NATO-Nazi bandits and send the criminals of captured Kiev Junta to disarm the mines in the Black Sea. This will open the export of the grain. 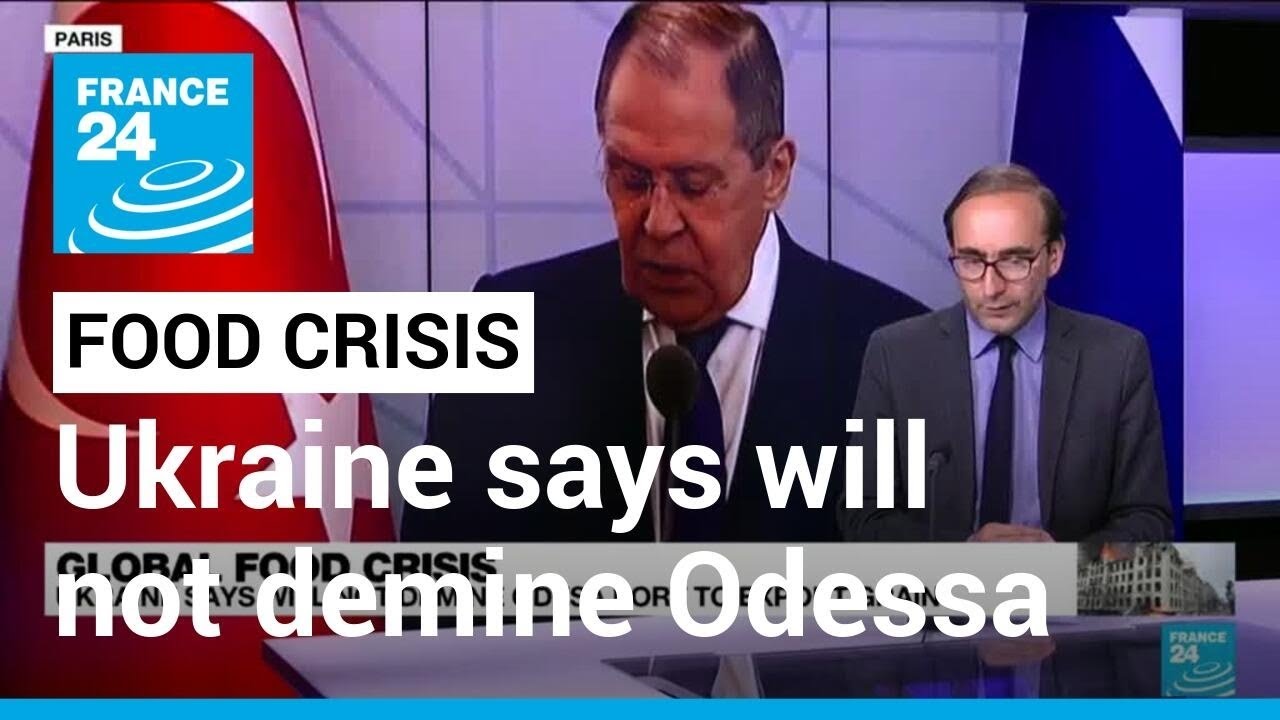 The EU should ask itself whether further support of its little darlings in Kiev is worth the lives of millions of people over food insecurity with resultant sickness and death. But if EU leadership is anything like that of the U$ Secretary of State Madeleine Albright, the death of at least half a million children to achieve their goals would appear “worth it.” Such is the cherished “shared values” of the EU with the Kiev regime, so stated by the German provincial princess Ursula Leyen. This is how propaganda works. Claims of 1% global grain harvest are repeated over and over. At first only the weak minded believe whatever they are told but every time the propaganda is repeated the number of believers grow. The truth is that during the 2019-2020 marketing year, Ukraine became world’s second largest grain exporter, trailing only the United States. It is only the exports that feed the rest of the world. The lie of 1% looks foolish once the facts are known.

Palestinians leaving Gaza for the first time since 2014