Turkey will not say yes and opposes Finland and Sweden’s NATO membership bids, the country’s President Recep Tayyip Erdogan said, adding that any attempts to persuade Ankara to change its position would be fruitless and a waste of time.

Both Nordic governments officially announced their intention to join the US-led military bloc this weekend. Turkey had previously warned that it might oppose the move, with Erdogan calling the two Nordic countries guesthouses for terrorist organizations.

He was referring to the separatist Kurdistan Workers’ Party (PKK) and the Revolutionary People’s Liberation Front (DHKP/C), which have been outlawed by Ankara.

The Swedish Foreign Ministry said on Monday that senior officials from Helsinki and Stockholm would travel to Turkey to discuss the matter. Erdogan, however, indicated at the press briefing that such talks would be senseless.

In order to join the bloc, a country’s membership bid must be approved unanimously by all 30 members. It’s likely that Ankara will be pressed by the USA to reverse its objections.

NATO Deputy Secretary General Mircea Geoana had previously said he was sure his organization would be able to overcome Turkey’s reservations.

Finland and Sweden decided to reconsider their long-standing policy of non-alignment following a major change in public opinion amid the ongoing conflict in Ukraine. According to recent polls, a majority in both countries now support NATO membership.

The decision of the countries to apply for NATO membership has been condemned by Moscow. In Russian President Vladimir Putin’s opinion, the new development aggravates an already complicated international security situation.

Who could have guessed Erdogan would save Finland and Sweden

The Croatian head of state has repeatedly warned that he wouldn’t support the Nordic nations’ applications until Croatia’s neighbor Bosnia, a US and EU client state, changes its electoral laws to make it easier for ethnic Croats to get elected to local office.

The EU and NATO are experiencing the last days of existence?

Still under US sanctions? 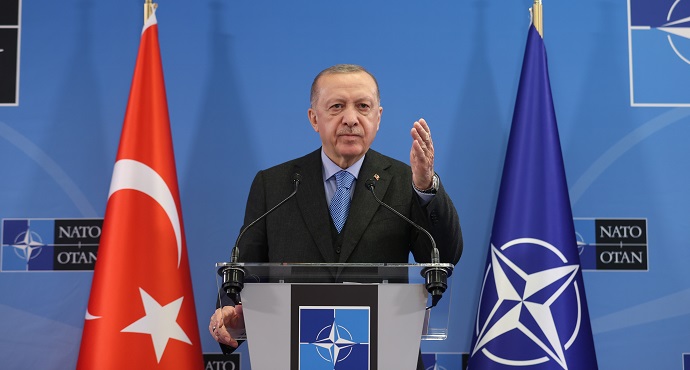 Turkey is still under sanctions by their allies in the US, and with friends like those – who needs enemies…

Turkey started to implement the destruction of NATO, the moment they bought S-400 defense systems?

Let’s hope Turkey doesn’t forget how the USA tried to take over Turkey’s economy by blackmail.