Washington has refused to incrementally lift the sanctions on the DPRK because sanctions are Washington’s way of prosecuting an economic war against an enemy who, for the last six and a half decades, has been the target of US hostility. 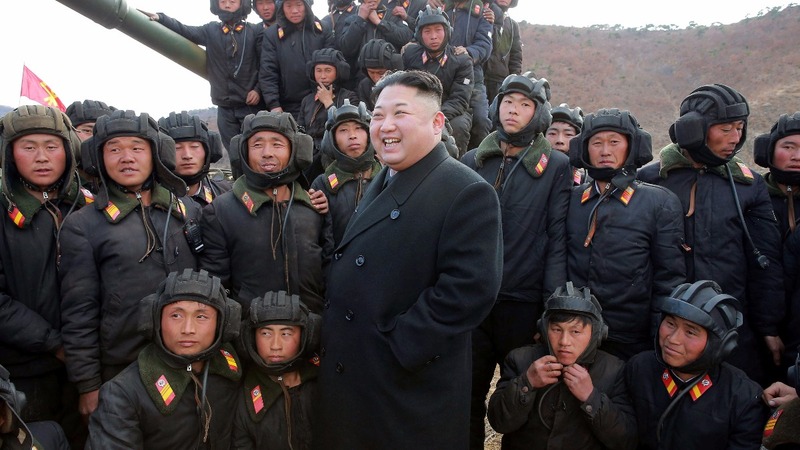 In case you hadn’t noticed, US policy towards North Korea is regime change, the same as it is towards Iran, Cuba, Russia, Venezuela and any other country that does not accept Washington’s moral superiority and divine right to rule the world.

Economic strangulation (sanctions) is just one way that Washington cracks down on the dissidents and imposes its will with an iron fist.

But don’t kid yourself, this isn’t about nuclear weapons, in fact, the Trump administration has not even bothered to assemble a team of weapons inspectors to investigate probable nuclear sites.

The blocking of heating oil, essential medicines and vital food supplies are all being used to promote social unrest, fratricidal warfare, and political anarchy.

Sounds familiar? It should, Washington has it down to an exclusive art.

Kim Jong Un attended the summit in Hanoi hoping that Trump could be persuaded to keep up his end of the bargain.

He hoped that Trump would overrule the warmongering Deep State political class and honor the agreement he made in Singapore in June, 2018.

A deal was made to normalize relations and create a “robust peace regime” on the peninsula followed by a phased decommissioning of nuclear weapons. Trump made this deal and, now, he has broken the deal, just as the USA has broken similar deals in the past.

But, keep in mind, Kim did not ask for anything material from the USA, just an easing of some of the sanctions to reciprocate for the many steps he had taken to normalize relations.

But, why? Why would Kim continue down the path of generosity, cooperation and de-nuclearisation when the Trump team refused to give anything in return?