Home Aliens The Temple of Baalbek in Lebanon

The ancient temple of Baalbek is located in the Beqqa valley in Lebanon close to the Syrian border, at an altitude of 1150 m. It is shrouded in mystery and has a number of surprising claims to fame.

The Roman temple complex was dedicated to Jupiter, Venus and Bacchus until the arrival of Emperor Constantine (307-337AD) and his conversion to Christianity which marked the slow decline of the site.

The three largest stones referred to as the trillionth stones in the western wall of the temple each have an estimated weight of between 800-1000 tonnes and are positioned several meters off the floor on top of other huge stone blocks.

The huge Trillionth blocks are positioned without mortar and with such precision that a piece of paper can not be fitted between them.

Even with today’s technology, excavating, moving and installing these huge blocks with such precision and accuracy would be an enormous challenge, if it is even possible at all.

No one knows how they were originally moved and fitted and no one apparently knows why the building was designed in such a complex way.

UNESCO describes the site as one of the most famous sanctuaries of the Roman world and a model of Imperial Roman architecture.

The guide books tell us that the entire temple complex was built by the Romans who arrived in 65BC and yet more and more evidence is coming to light that parts of the temple are much older.

The mystery if this is true is how old is this part of the temple and how long has it been a site of worship? To give us a clue we can look at other buildings with similar construction in the region.

The Beqaa valley is a fertile plain which has been conquered by many civilisations over the centuries and the region has been continually populated for at least 9000 years according to German archaeologists.

Ongoing excavations at Gobekli Tepe in Turkey 350 miles away has brought to light new evidence that the site has been a place of worship for at least the last 11,000 years.

The Trillionth stones used in the construction of the temple of Baalbek are much larger than any others used in the rest of the Roman Empire.

For example the stones used by the Romans at the base of the temple of Bacchus at Baalbek weigh an estimated 180 tonnes. So the much larger Trillionth stones at Baalbek are very different in size and do not fit the Roman mound of construction.

It is also very obvious even casually gazing at the western wall, the building techniques changed dramatically, there are much smaller blocks on top of the very large stones and the Trillionth stones also have different weathering patterns on them.

The Romans and many other conquering empires frequently built their temples on the foundations of existing sacred sites for a number of reasons.

Is it possible that the Romans did exactly this at Baalbek and built upon an existing monument with the huge stones already in place? It seems likely that this is exactly what they did.

If we look further back in time than the Romans we know the Greeks referred to Baalbek as Heliopolis or city of the sun, when Persia formed part of their empire at the time of Alexander the Great (356BC-323BC).

There is also evidence that the foundations of Baalbek were laid down even earlier at the time of King Solomon, who was born in 1010BC and built by the Canaanites who formed part of the Phoenician empire.

The reign of King Solomon was referred to by many as the golden period of Israel, but is it really possible that the 800-1000 tonne blocks were being cut and moved with very high precision more than 3000 years ago?

Perhaps it is time to look at the origin of the building with fresh eyes. There are also two more partially excavated stone blocks in the Roman quarry one kilometer away from the temple site which are even bigger than the Trillionth stones.

These stones are estimated to weigh 1650 tonnes and 1242 tonnes respectively. Did these two stones prove to be too large to be utilized by the builders and therefore abandoned.

Perhaps the stones in the quarry were already buried during Roman times which would explain the stone being left unused by them.

If the blocks were exposed in the Roman period surely they would have utilized them and carved them into smaller more usable sized blocks and incorporated them into the construction of their temples with the stone being so freely available?

On the north outer wall of Baalbek there is a row of huge stones weighing in the region of 300 tonnes each, which curiously the Romans chose not to build on. Instead they created a new wall running parallel to it approximately twenty feet away.

When viewed from above the larger stones look like their alignment has changed. Is it possible they had been deemed insecure as foundations for a wall even in Roman times and the Romans therefore chose to build a completely new wall out of much smaller blocks.

Otherwise why have an outer wall of stone blocks weighing 300 tonnes each and not utilize them and instead build an entirely new wall with blocks at a fraction of the weight.

The temple construction at Baalbek is an enigma. The answer to the question of who built the very large foundation blocks remains unknown, it seems highly likely that it was built at an earlier period than the Romans.

There is evidence to suggest it was built during the reign of King Solomon, some people are of the opinion it was built at an even earlier time.

It is thought that many sacred sites in Peru and Egypt were built from colossal pieces of stone to withstand earthquakes, to build with stone in excess of 800 tonnes at Baalbek, well just seems excessive and perhaps there are other reasons.

The question that repeatedly crops up regarding many ancient monuments around the world is do we need to look with fresh eyes at these sites to evaluate how old they really are?

Many believe the ancient people to be primitive, perhaps it is time to start looking at them as being much more highly evolved than we currently give them credit for.

There is a culture of megalithic construction that existed across many parts of the world, perhaps there is more to learn from our ancestors than first meets the eye. 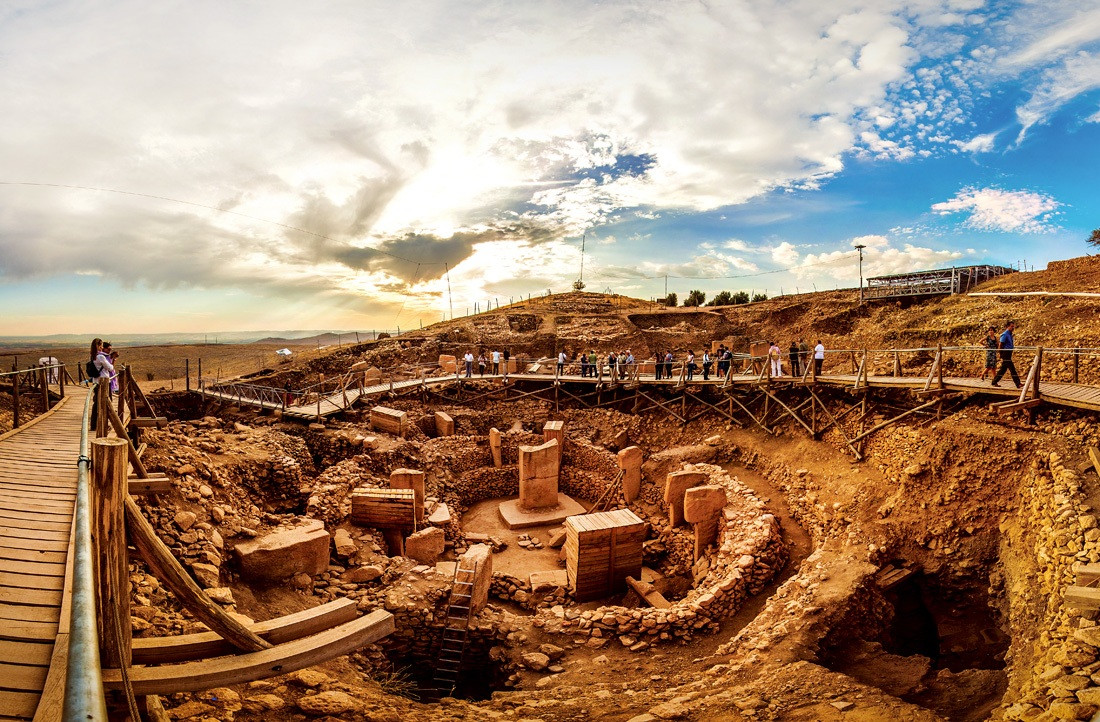 It is Sink or Swim Time for NATO on Russia