Betrayal is the core of the entire intelligence community and ironically, despite Mossad, CIA and Mi6 being obsessed with it, it is in fact their domain.

Betrayal is the very oxygen of spies who use it to brilliant effect. Perhaps this is why they are so obsessed with it, like a thief who is the most diligent at protecting his own home against theft.

The story of the British businessman left in a cell to rot for years when the operation goes wrong is not anything novel. It’s standard practice and there are many example of this, some even being the basis of dramatized documentaries.

Like that of Peter Bleach a British based legitimate arms dealer who was arrested in 1995 for illegally trafficking arms which was actually a MI6 operation which went terribly wrong leaving him the fall guy.

But is the same story of Shamima Begum, a former British citizen who traveled to join the ISIS terror group in 2015 at the age of 15, whose story continues to intrigue journalists?

Begum, it is claimed now by the BBC and a recently published book, was smuggled into Syria by an intelligence agent who was working for Canada.

According to the BBC, Britain’s top police agency, Scotland Yard was informed that Begum and her two friends were trafficked from their home in East London into Syria by a smuggler who was a double agent working for both ISIS and Canadian intelligence.

Unbeknown to Begum, Canada had recruited Mohammed al-Rashed, a human trafficker, when he applied for asylum at the Canadian embassy in Jordan which might help her case against the UK state which ruled previously that she be stripped of her British citizenship.

Not only was she a minor when she traveled to Syria, but she as also duped into the illegal act of becoming a fully signed up member of ISIS by an agent working for an ally of the UK who was collecting data on those joining the group from western countries.

Many in the West, in particular, in Great Britain will be shocked by the revelations. But then again, one must consider the level of ignorance and naivety with the British public.

Indeed, many refused to believe that in the heyday of the Syrian war, MI6 recruited and trained ISIS and Al Qaeda operatives in Syria to fight the Assad regime and, when required, to stage chemical attacks with the objective of framing Assad with western press.

Western journalists only noticed the operation going slightly array when shipments to the groups specifically of anti-tank weapons were sold onto other ISIS/Qaeda groups who used them specifically against the Syrian army.

The West’s agenda in Syria is hardly a noble one though and the Begum case reminds us of that the only common theme which comes from such stories is how devious and nefarious the West is.

Passing aside that American troops’ very presence in Syria is entirely illegal under United Nations international law we only have to look at the hundreds of ConocoPhillips oil tanker trucks snaking their way out of northern Syria laden with their stolen booty.

Such a story hardly made it to the pages of the Washington Post or New York Times in recent days, but one which serves a purpose none the less.

Most of what the West does in Syria is illegal and immoral and the Begum story won’t shed any tears for hardened hacks who know the territory well. For the spooks in Canada or in Britain, it hardly registers. Their trade, after all, is their treachery. 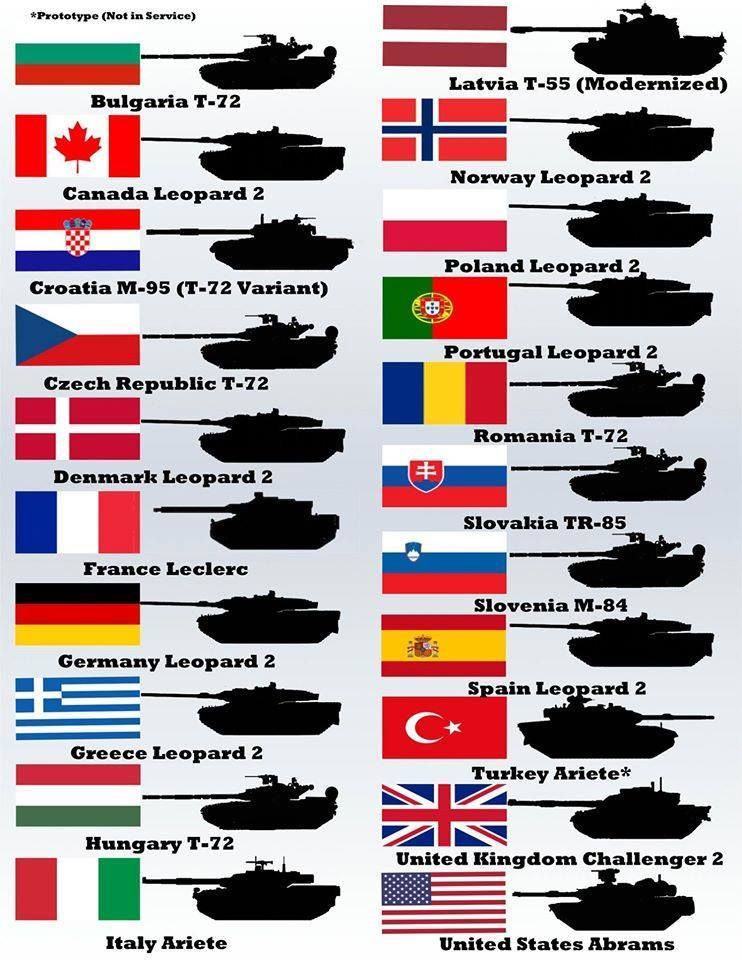 It looks like most so-called NATO members operate Russian-build tanks?

Correct -that backs up Russia’s criticism that NATO has advanced to Russia’s border taking over ex Soviet states . As regards the spying both the NSA & GCHQ are now integrated into one organisation with many -not so secret — bases in the UK and yes the article IS right it shocks even me the complete ignorance of the average UK citizen as well as accepting all the daily mail etc lies and government lies –but lying is the name of the game as the US ex-head of the CIA admitted- quote — “yes we lie and cheat ” he… Read more »

NATO occupies the entire former Warsaw Pact region, except for Ukraine and Belarus, calling it defense?

IMF to transfer $5 billion loan to the Kiev regime in...