It was reported that F-35 jets from HMS Queen Elizabeth intercepted Russian jets in the eastern Mediterranean more than 30 times as part of the Carrier Strike Group.

Now that the vessels have returned to the region after sailing to the Pacific and back it appears Russian interest has been renewed, after one of the British F-35 Joint Strike Fight crashed in the Mediterranean Sea.

Earlier in the deployment Russian jets were being intercepted almost every day and now that the Strike Group is back in the Mediterranean Sea it’s happening again.

Speaking to Deborah Haynes of Sky News, Defense Secretary Ben Wallace said that Russia had shown a renewed interest in HMS Queen Elizabeth and its F-35 jets as they headed home through the Mediterranean.

HMS Queen Elizabeth recently made history for the first time that three nations have flown jets from the same aircraft carrier with British, American and Italian F-35B war jets taking off from the ship.

HMS Queen Elizabeth is currently in the Mediterranean following months in the Indo-Pacific region as part of her global deployment.

As she heads west back to the UK, the ship has continued her busy program of working with allied nations and partners, say the Royal Navy. 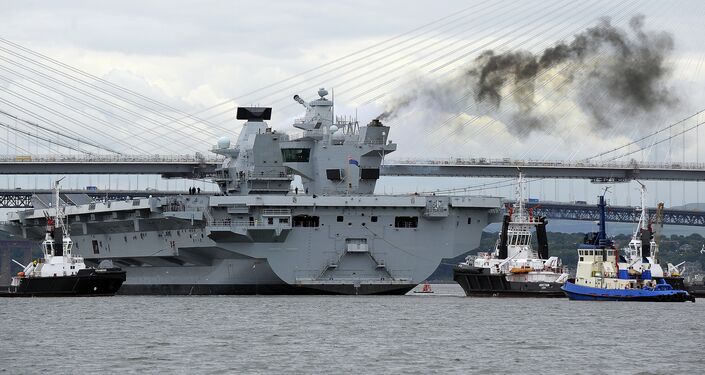 Those British carriers resemble the bad mouthed Russian ones?

Over $86 billion stored in Cryptocurrencies in 2021

Iran warns USA not to attack, otherwise Israel’s history will be...